↑
You are here: Home / Birth & Baby / American Moms Freak Out Over Breastfeeding 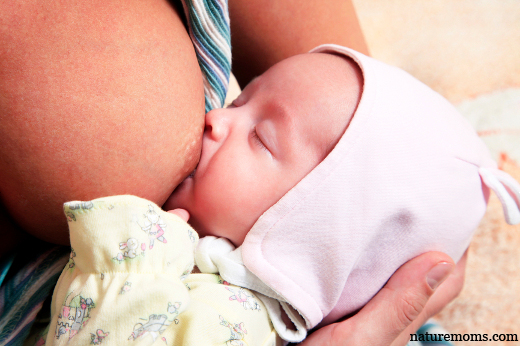 You may have heard about this already but just in case you missed it…Baby Talk magazine is taking heat from American moms who are outraged by the close-up picture of a baby breastfeeding on one of their recent covers.

The magazine received anguished comments such as:

“I was SHOCKED to see a giant breast on the cover of your magazine.”

“I immediately turned the magazine face down.”

I LOVED what blogger Dawn Olsen had to say on her blog:

“Only in the United States is it considered a “sexual” thing to see a breast performing as it was designed to perform. Babies don’t consider it sexual, and any mentally stable lactating mother certainly doesn’t find it sexual. Who finds it sexual? The prudish, sexually repressed mentally ill, that’s who. There are even mother’s who breastfeed that find public nursing “uncomfortable.” This really is perhaps the most disturbing notion of all. If anyone should understand the fundamental nature of breastfeeding and its health function, it should be those who actually engage in it.”

She then goes on to cite some of the reasons why it is so important to breastfeed and why it is actually the “cool” thing to do. Check out her blog entry!