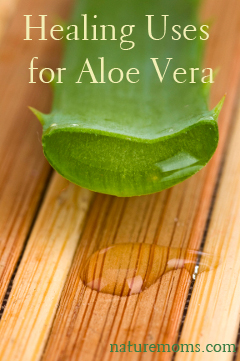 Aloe Vera has been used to heal both internally and externally. Derived from the Aloe Vera plant, it has long, spiked leaves, which are thick-skinned and contain a clear gel-like substance. It is used today in many products, including cosmetics, skin lotions and moisturizers, burn gels and even sun screen creams.

It speeds the healing of many skin injuries, including burns, hives and poison ivy; and also acts as a laxative. For minor burns, the stabilized aloe gel is applied topically to the affected area of the skin three to five times per day. Treatment of more serious burns should only be done under the supervision of a healthcare professional. In addition, apart from providing relief from itching, it helps to heal blisters and sores. For people suffering from Psoriasis, Aloe Vera has provided relief by reducing the pain and itching. It has been proved that the gel causes considerable improvement in the nature of lesions as well.

The laxative element of the plant works by preventing the absorption of water from the bowel. For constipation, a single 50-200 mg capsule of aloe latex can be taken each day for a maximum of ten days. This component of Aloe also kills some bacteria, and is believed to act against a variety of viruses including herpes, chickenpox, and flu. It is recommended not to combine Aloe with other medications that are used to flush water and potassium from the body.

For internal use of aloe gel, two tablespoons, three times per day, is used by some people for inflammatory bowel conditions, such as Crohn’s disease and colitis. However, while commercial gels and juices, which are processed under strict controls, can be found at most health food stores as well as many supermarkets, it is always recommended that one consult a physician before self-treating a medical condition.