↑
You are here: Home / A Green Home / How to Score With an Eco Chick 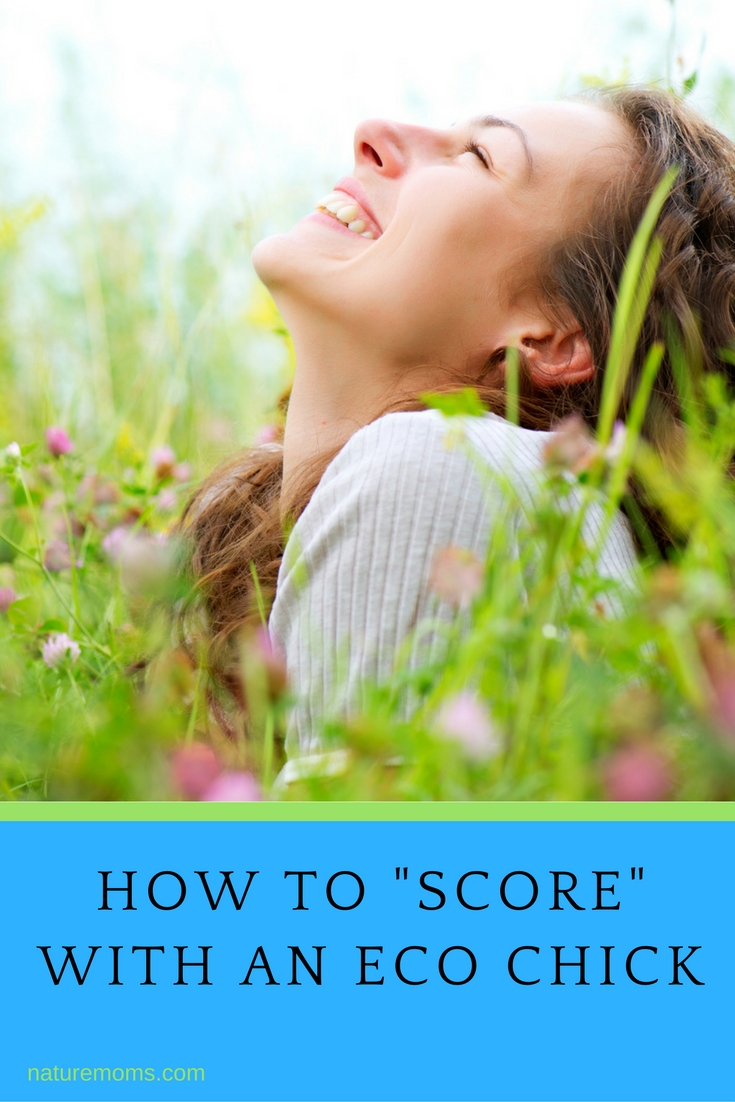 I read a hilarious post yesterday from Eco Geek called Eco Geek’s Guide to Getting Girls and it is full of advice for guys on how to score an eco chick. I found it to be pretty funny but of course as a woman I found a few flaws within Eco Geek’s logic.

For instance, the Geek tells men to invite their honey into the shower and tell her it is to save money, energy, and time. Sounds good in theory….but alas I can attest to the fact that this ploy will not work. In fact so will my husband as he tried this tactic recently. When the invite left his lips I laughed and said something along the lines of “Oh, come on now…you know that if we both get in that shower we will be in there for 20-30 minutes or longer…so much for saving energy and water.”

I vaguely remember him saying if didn’t have to be that long….could get it done in 5 minutes. I just gave him one of those “You did NOT just say that…” looks and he retreated. No score.

The Geek also suggested buying your girl a solar powered toy but that too would not go over well in our house. We have kids for cripes sake…no way would I leave something like that laying in a window to power up. And the suggestion to use your cell phone as a replacement was just silly too and would get my husband one of those eye rolling… “Are you trying to be cute?” looks.

I did like the suggestions to forgo dropping a Benjamin on an expensive dinner and spend it at a wildlife refuge instead and the idea of turning the thermostat way down to instigate some cuddling. Those would soooo work here.

Other impressive things a man might do for his eco chick…

Come to bed with a book like The Omnivore’s Dilemma, This Organic Life….or to really cinch the deal…Eco Village at Ithaca. ;)

Surprise her with something from Good Clean Love or Glyde (vegan and cruelty free).

Cook a local and organic feast for her.

Decorate the bedroom with house plants to clean the indoor air quality and adorn the bed in bamboo sheets. `

Ask her to join you on the couch and watch Who Killed the Electric Car, or March of the Penguins….serve up fresh fruit or raw nuts instead of microwave popcorn.

So what do my fellow eco chicks have to say? What is the best way to score points with you?