↑
You are here: Home / Children / Autism and the Wheat and Gluten-Free Diet 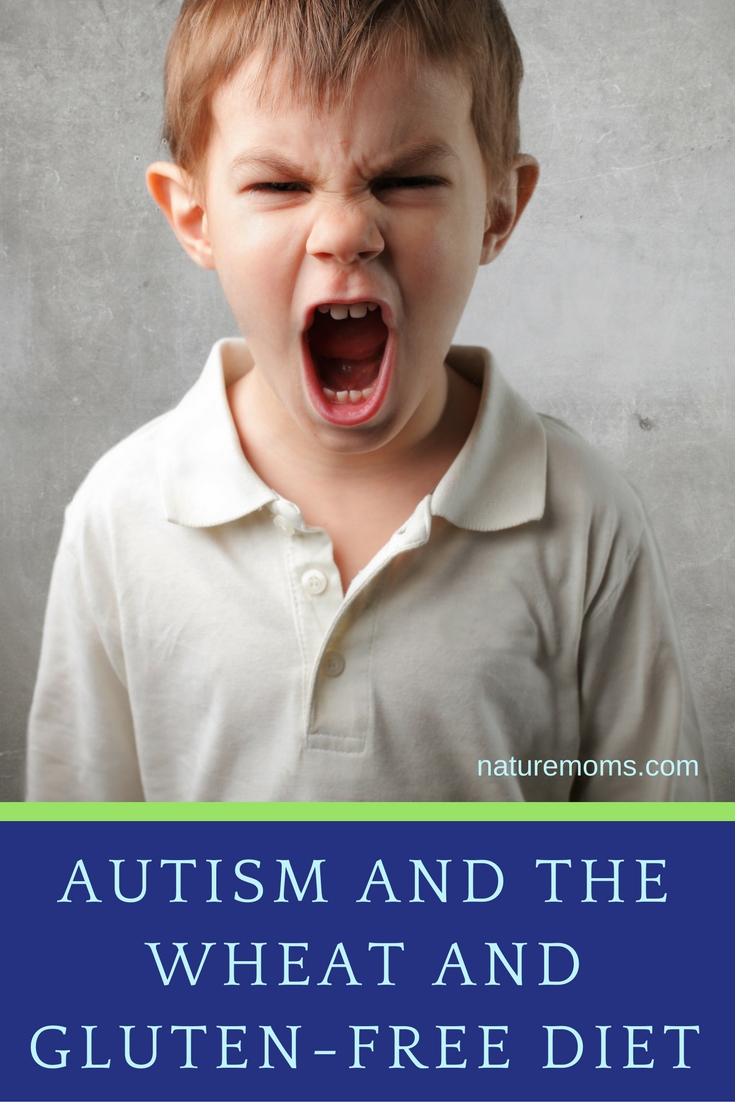 Approximately 1 in 150 children are being diagnosed with autism each year and this number keeps growing. Only a few decades ago it was more like 1 in 10,000 children. That leap is momentous! With this disorder growing at epidemic speeds, doctors and parents alike are searching for new ways to combat and prevent autism.

Despite the fact that we hear all too often from mainstream doctors and media that autism has no cure, many parents of autistic children have found reason to hope. There are many treatments now that are bringing hope to these families and one is the gluten/casein free diet.  In her book, Louder than Words, actress Jenny McCarthy talks about her son Evan, his diagnosis with autism and her search for answers. I finally got around to reading this book last night and it was incredible.

I was bawling like a baby when she described all of the events that lead to her son’s diagnosis of autism including two seizures that nearly killed him, a misdiagnosis of epilepsy, and medications that made him hallucinate. The story had some eerily familiar notes to it. Jenny was the given the diagnosis in a matter-of-fact, abrupt way and then sent away with medications to make her son more manageable. No cure was discussed, no treatments were discussed…for all she knew there was no treatment or hope for the future. Then, a fellow actress and a mom to an autistic child called her and told her that autism can be treated and cured but there was a crucial window of time and she needed to act fast. Jenny became a mom on a mission to pull her son back from the world of autism and she shares every step of the journey in this book.

One of the main things Jenny did was Jenny did was employ a gluten free diet (accompanied by medication, therapy and supplements) to help Evan overcome autism with amazingly positive results. Once communicating with only one word at a time, Evan is now fully conversational. He holds eye contact and enjoys life as a normal little boy.

How is it that a gluten/casein free diet can help children with autism?  No one knows for sure, but one school of thought is that gluten (a protein found in wheat and some other grains) and casein (a protein found in dairy) act in a way that’s similar to morphine on some children.  Children with autism often have permeable intestinal tracts, or “leaky guts.”  The weak membranes in the intestine allow these broken-down peptides from digested gluten and casein (which act like morphine) to basically get loose in the bloodstream. It either makes them lose control, or become zombie-like.  Parents of many autistic children swear by it and it has been widely touted by parents of children that suffer from ADD/ADHD too. The book that Jenny referred to often was Special Diets for Special Kids.

In Louder Than Words Jenny discusses the two different camps that mothers of autistic children seem to be drawn to. One camp has the attitude that they will do whatever it takes and try any and every treatment they can if it means there is even a tiny chance they can help their child. But the other camp resigns themselves to having a “sick” child and they hesitate to do any alternative treatments or even let themselves hope. The latter camp also seems to relegate themselves into the role of “victim” and stay there. But there’s no reason not to try it and see if it helps. Because there are good food substitutes for the food that would become off-limits, there isn’t a risk of malnourishment by eliminating gluten and casein.  It is recommended, however, that no child under the age of 5 go on a cold turkey gluten and casein-free diet, because it could cause withdrawal and worsening of the symptoms of autism. Although Jenny did go cold turkey. Evan could only say a few words and only one at a time. After 3 weeks on the gluten/casein-free diet he approached her and said a four word sentence…asked to go swimming. Jenny couldn’t believe her ears and she is now a big believer in this diet.

Many parents who have incorporated a gluten/casein-free diet into their autistic child’s healthcare plan are swearing by the positive results they’re seeing. Children are communicating better, interacting more and functioning at a higher level.  The medical community is looking closely at this alternative treatment option for autism and many doctors are adding it to their treatment plans for autistic patients.  But it’s not a guarantee for everyone.

I was very interested in what I read in Jenny’s book about this diet and I am looking closer at it because my youngest is about to turn two in a couple weeks and he is pretty much non-verbal. He says “no”, “Daggen” which means Payton (his older brother), and “night-night”. That is pretty much it. This doesn’t really bother me but he does drink an absolute ton of milk and has been getting sick a lot lately so I am wondering if his overall health and verbal skills might improve if I get him off the dairy. I just looked online and his physical development and social and emotional development are right on track according to this site. But his intellectual development is lacking if their chart is to be believed. I am not sure I agree with their indicators though and especially calling them intelligence indicators because Parker is very intelligent. I swear he understands everything I say and he seems to understand every instruction I give him…he just doesn’t respond verbally. If I ask him if he wants to take a bath he doesn’t respond with a yes or no he just runs down the hall to the bath. If I say it is time to eat, he runs out to the kitchen and if I say “go get in your chair” he will run to his high chair and get in it.  In that chart he has a problem with these:

It would be interesting to see if a gluten/casein-free diet might improve these things. It would be nice to wean him off the milk regardless. I really hate how much of it he drinks and of course it still bothers me that he isn’t breastfeeding. :( I had to stop at 6 months when I was diagnosed with cancer.

Do you have any ideas or thoughts about the gluten/casein-free diet? Please share!