↑
You are here: Home / Homeschool / Natural Learning – What Is It? 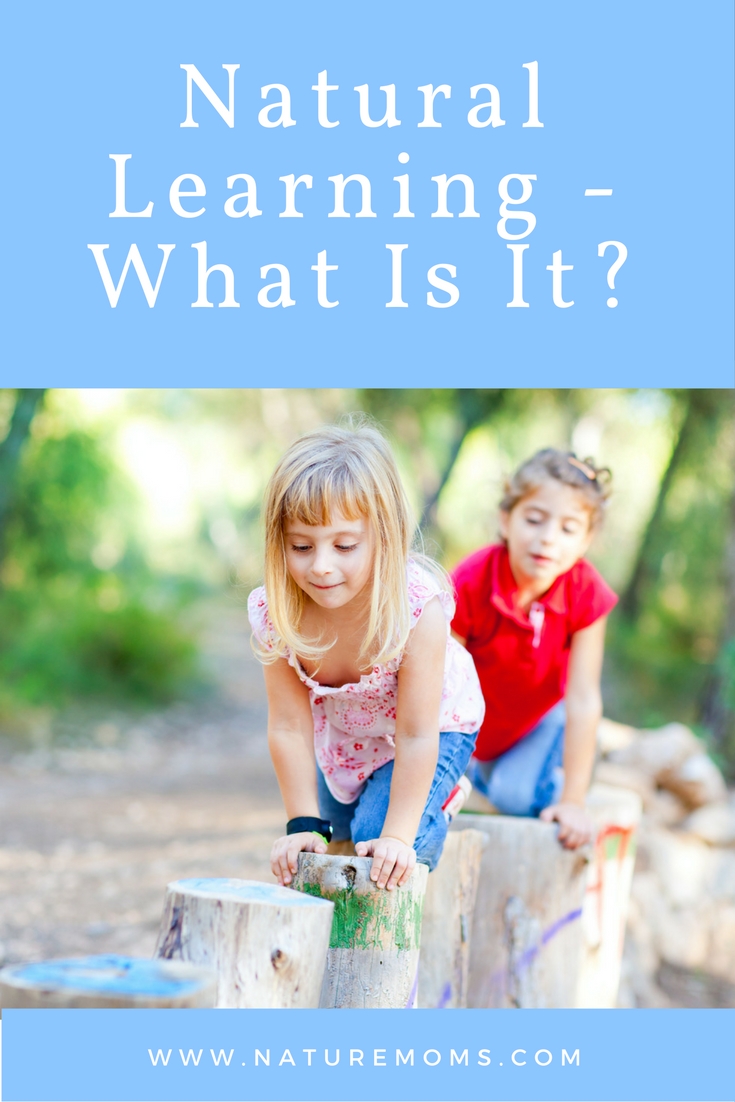 As many of you know I will likely be homeschooling my 7 year old son after the conclusion of this school year. I have been giving a lot of thought to what type of homeschool methods I would like to incorporate and as with everything in my life I find that approaching things “naturally” is usually best.

Right away I can see I will not be a homeschooler with strict schedules and heavily organized curriculum. It just isn’t me and it isn’t my son. We are both pretty independent and stubborn. We want things the way we want them period…and we don’t like being told what to do. So right away I can see that buying a bunch of workbooks, textbooks, and sticking to a scheduled curriculum will NOT be the best course of action for us. So what is the opposite end of the spectrum…unschooling. It is touted as being the most natural way to learn and as I investigate it more, I see the inherent value.

What IS unschooling? Basically, as I understand it….unschooling is allowing children to learn from life and not from a structured school setting. According to Wikipedia, Unschooling (also sometimes referred to as “natural learning”, “child-led learning”, “discovery learning”, or “child-directed learning”) is the term given to an increasingly popular method of homeschooling. Under unschooling education, parents act as “facilitators” and are responsible for having a wide-range of resources available to provide their children with a quality education. – zen-mother.com

Right away I see the value in a directing your own learning…that is the way I have always liked to learn and I still love to learn and pursue education on my own terms. Case in point…right now I am reading a book called The Case for Faith. It basically discusses the 8 main objections to Christianity and objection number 7 discusses the atrocities committed in the name of Christ…ie the Crusades, the Inquisition, the Salem with trials, the Holocaust, etc. I pause for a minute and realize I do know quite a bit about the Holocaust but not so much about the other three. So I decide right then and there to research these, either on the Internet or via a trip to the library. I decide I need to know more about these historical times and although at some point I am sure they were discussed in school history classes they made virtually no impact on me…I didn’t want to learn about them for whatever reason. Now I do….and as I direct the learning I am sure that what I learn will remain with me this time.

So will this work for a 7 year old? Can I trust him to want to learn about history and lead himself to history or other similar school subjects without directing him there myself or allowing a teacher to do it?

I say yes. Another case in point…a few weeks back my son was painting in his room. He was painting the New York City skyline and using a postcard sent to him by a classmate that visited the city over the winter break as a guide. When he came to show me his work I was very impressed and I expressed that to him. He looked perturbed though and I asked him what he was thinking. He wanted to know what were these two vertical lights shining up into the sky. Wow…what a great question. So I sat and explained to him about the World Trade Center Towers and what happened to them on 9/11 and how these two lights now shine their place. I told him about his Uncle worked in at the World Trade Center and how by mere chance he was late to work that day or he would have been there when they fell. As it was he was a 1/2 mile away watching from the street. I also showed him pictures of the aftermath ( I was at ground zero only a few weeks after they fell). And thanks to the amazing Internet I pulled up a YouTube video of the actual footage of the planes hitting the towers and towers falling.

We had an impromptu history lesson and he instigated it. His natural love for learning caused him to seek out answers and this runs contrary to the idea that unschooled children will be lazy and unmotivated. This week he asked me for a math workbook to work on during the weekends AND he asked that in lieu of presents for his birthday we take him to Pittsburgh…to see the Children’s Musuem. Come late August that is where we will be.

So does this mean I have settled on unschooling? No…but I think I can’t ignore the benefits of allowing a child to learn and develop on their own terms. I think a happy balance is where I am heading. My son has been using a Phonics system I bought for him and he LOVES it and is is doing great with it. So I see the benefit of structure but then again I see the benefit of the unschooling “natural” approach of learning from life and allowing natural interests to take root and grow. And as brought out in the book Homeschooling Our Children Unschooling Ourselves…unschooling creates an opportunity to learn as a family.

So what are your thoughts? Learn by the book or toss the book and learn from life…that is the question…