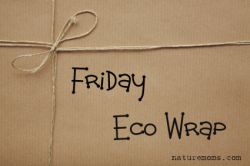 I do not have much to report on the personal front. I have been taking it easy and spending time with family. My hubby has had 2 weeks off work so far and he has two weeks off still this month…so a whole month of family time! Unfortunately he thinks that after the time off his company will be laying off most of their workers if not all of them until Spring…so he could be jobless here pretty soon. That kinda sucks. ;)

I am also on a real reading kick and now that homeschool is no more…I have plenty of time to dive into books. I just finished reading all 8 books of the Charliane Harris, Southern vampire series. They are AWESOME! These are the books that one of my favorite cable TV shows, True Blood, is based on. I want to go back and read them again…that is how good they are. ;) Go Eric and Sookie!

I also re-read the Twilight series….which is always amazing. I am now reading The Nightwalkers series by Jacquelyn Frank but these are turning out to be less suspense/story and more romance. Do you see a pattern here? If I read fiction at all it pretty much has to be paranormal, preferably vampires.

Otherwise my spare time has been consumed by my 4 year old daughter’s schedule…all her school activities and holiday parties she gets invited to. Today I am supposed to make dozens of cookies with her and my mom to take to the nursing home and I have to freeze some dough for her Christmas program next week. Which reminds that me that I also need to make her an angel costume.

In other news….you may have heard about the unintended consequences of new legislation called the Consumer Product Safety Improvement Act (CPSIA). The legislation was put forth to stop toxic and dangerous toys and children’s products from entering or being sold in the US. This is after a big lead scare last year and some continued recalls this year. This sounds good in theory but it may actually make the handmade toys that so many natural parents know and love…illegal. :( The legislation requires toy makers to have all their toys tested by a third party at great expense and it doesn’t make exceptions for toys that would not even have lead in them…like cloth toys or natural wood toys sealed with beeswax. Just think about all the small, home based toys sellers that sell on Etsy or eBay…they would be forced to close shop or break the law. As natural parents that want safe toys we don’t want to see our options diminished and that is exactly what would happen. I have have heard this legislation may also hurt handmade products for children that are not considered toys like cloth diapers, slings, etc.

The toy makers that have never cared much for the safety of our kids… the ones outsourcing to China and importing lead contaminated toys… those are the ones who will be able take this new legislation and expense in stride. Ironically it is the bad companies that will be rewarded as their competition in the safe/natural toy market is effectively eliminated. Some smaller European companies are already declaring that their toys will no longer be sold in the US!!

So now is the time to do some speaking out. We need to call our governmental representatives and let them know that this law needs to be re-written to protect small toy businesses and artisans. It also needs to better protect the companies and countries who have always been looking out for our kid’s safety and not reward the ones who never did. The Handmade Toy Alliance has some great info about this and what you can do. Also see Etsy’s open letter.

I recently read a heart breaking story about a woman who was trying to save money on baby formula by watering it down. She almost ended up killing her baby. How many other moms might be tempted to do this as the bad economy ramps up? And let’s not forget that there are other dangers involved in formula like BPA and Melamine. More than ever we need to let new moms know that breast is best…for MANY reasons! Read Amy’s post about breastfeeding and what President Elect Obama needs to do when he addresses health care reform.

Another news piece that caught my eye was about a horrible, horrible thing that recently happened in Canada. Apparently 5-600 Narwhals were trapped under ice and instead of going to the expense of breaking the ice up for them as they conveniently do whenever they want to hunt baby seals….they allowed hunters to shoot them one by one as they came up to the one hole in the ice where they could get air. The Canadian government said they didn’t want to spend the money or stress the whales out by saving them…cause everybody knows it is much less stressful to get shot. They should be ashamed of themselves for allowing this to occur, especially considering the fact that Narwhals are a threatened species and said to be the one species MOST affected by climate change…even more than polar bears. This story just makes my blood boil. Argh!!!

Anyway…one last parting thought. If you asked me what my weirdest, wildest dream is I would have one clear answer for you. Ever since I was little I always dreamed of getting shipwrecked with my loved ones on a deserted island al la Swiss Family Robinson and living in a Tree House. Nowadays I might skip the deserted island part but I am still crazy in the love with the idea of a tree house. When I lived in Phoenix next to a 1000 acre spread that had been deserted and turned over to the state I actually found a huge tree house while hiking one day…wish I had a picture. :( Anyone who is familiar with AZ will know how rare that is cause we just don’t have a lot of big trees like other parts of the country. Anywhoo…I ran across this picture (see below) on the Internet and it is from the book Treehouses of the World …something I have now added to my Amazon wish list. Wish I could live there!

Oh and anyone know by chance a movie title for a movie from the late 70s (I think) that was about a man and his daughters who went sailing with a little boy as a castaway and they ended up getting shipwrecked on an island that had bears? It was my one of my fave movies as a kid and I cannot remember the name of it. I need to find that movie, LOL! If you have any info let me know. :) 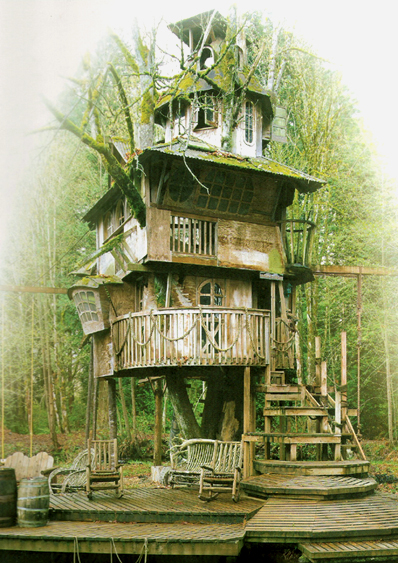