↑
You are here: Home / Environment / Greening the Hereafter – From Burial to Cremation 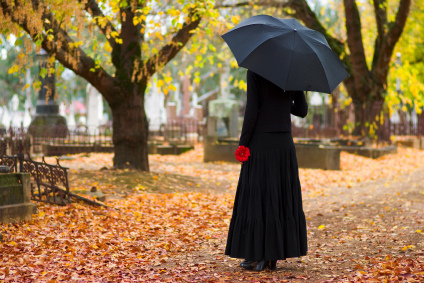 One aspect of green living we may “forget” to consider is what will become of us after we die. And no I am not talking about an afterlife, I mean what will become of our physical body. Yeah, kind of a morbid topic but this post is part of the Green Moms Carnival being hosted by Deanna at Crunchy Chicken. Visit to her blog to see what others are writing about this topic.

I decided after my grandmother passed that I liked the idea of a place where you can go and visit your loved ones after they pass. Although I think it can be a source of guilt for some if they want to move away from that location later. I did not like the idea of the “decomposition” that occurs after burial. I found I could barely get those thoughts out of my mind whenever I entered the cemetery where she was buried. I also did not like the idea of body preservation or wakes with open caskets. Later, when I was diagnosed with cancer, it was hard to NOT think about what I wanted my “end” to look like. I decided that I wanted no funeral or service. I also thought it would be lovely to be cremated and then have my ashes buried in a wooden box with a tombstone above. Ultimately though I wondered about how much rural land is lost to create huge cemeteries, how eco friendly it is to burn your body, and what method was best.

What is Not So Green About Funerals, Burials, and Cremation:

* Land being cleared to use for cemeteries

* Urns, urn vaults, and coffins made of plastic or metal which will not biodegrade or do so very slowly

* Fossil fuels being used for grave excavation and for making tombstones

* Fossil fuels being used for funeral processions and body transportation

* A wood, cardboard, wicker, or bamboo coffin or urn/box

* Having a small private service or memorial gathering

* Scattering ashes instead of burying them (legal in ALL states)

So… with all the pros and cons weighed I think I would prefer to be cremated since the energy usage to do so must surely be offset by the transportation and excavation costs of a burial. I want my organs to be harvested and then I want all preservation chemicals to be refused and my body immediately cremated and put into a cardboard box. At that point I would prefer my ashes be scattered somewhere of my choosing. BUT I will allow for my family to pull rank and have my ashes interred somewhere, if it is important to them. In lieu of a funeral/memorial I would prefer trees be planted. Money spent on funeral flowers would be better spent on donations to environmental causes. Low impact last rites for a low impact life…

So what do you think? Have you made plans of your own?