↑
You are here: Home / Tidbits / My EPIC Movie Premiere Experience and Review 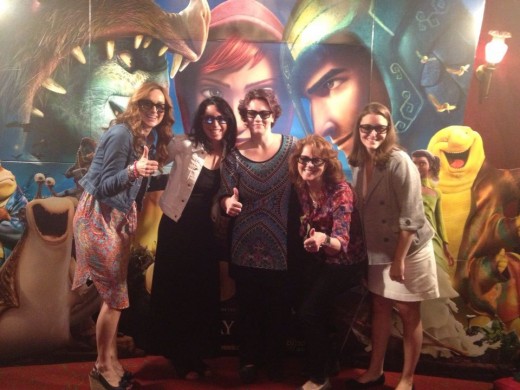 This past weekend I had the great pleasure of seeing the new animated film EPIC (released today). My nine year old daughter and I traveled to Manhattan for the “green carpet” premiere with the team from Energy Star. I am in the middle of the above photo along with some of my online and IRL friends… Shane at Environmental Booty, Lori at Groovy Green Livin, Diane at Big Green Purse, and Leigh Ann of Green 4 U. I simply adore these ladies!

It’s always exciting when a new eco themed movie comes out and it is especially exciting when it is geared towards kids and families because that is the future. With climate change and other environmental issues bearing down on us we all need to find the inspiration to band together to fix our planetary problems. EPIC is actually about that very thing…coming together to save the world. Who better to bring that message to than children?

I absolutely ADORED this movie. I laughed, I cried, and I was mesmerized by the images and story. My daughter loved it as well and is saying it is her second favorite movie of all time (after Wreck it Ralph). I don’t think I have ever seen  a more beautiful animated movie actually.  Blue Sky Studios and director Chris Wedge did a fantastic job creating a fantasy world hidden within our own world. 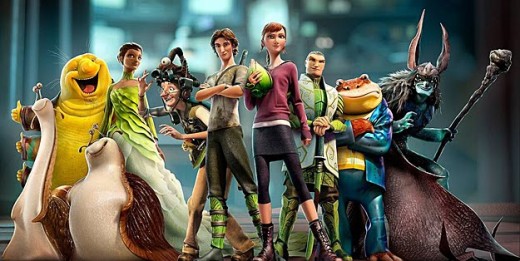 The story centers around Mary Katherine or M.K as she is called. Her mother has passed away and she goes to live with her father, a man she hardly knows. Their relationship is strained because he is a reclusive professor who has dedicated his life to the discovery of a race of tiny beings that he believes live in the forest surrounding his home. His dedication has left little time for family and his daughter does not understand the obsession that is causing their estrangement. This all changes one day when she chases the family dog into the forest and runs across one these beings…the Queen, who is in grave trouble and must rely on a human for help.

M.K. is transformed and finds herself the same size as these tiny beings and she is in the middle of a great battle between the forces of good (warriors called the Leafmen and all those they protect) and the forces of evil (Boggans and their leader Mandrake). The Queen and her Leafmen want to defend and protect the forest, the eco system, and all the creatures who call it home. The Boggons want to destroy it and live in the decay. It is here that she meets Nod, a rookie Leafmen warrior, Ronin, the leader of the Leafmen, a valiant snail named Grub, and a lovable slug named Mub. Together they join forces to save this tiny world and find a way to return M.K. to her father so she can tell him he was right all along. 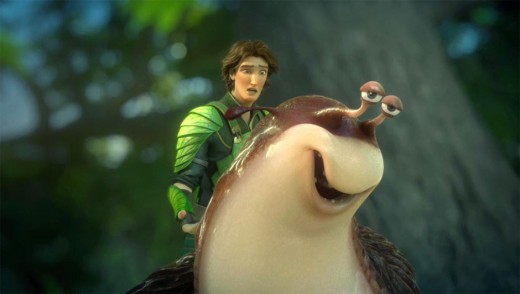 So obviously it has a strong eco message. It does a great job of making the case that the world of nature is another fantastical world to explore and that we need to protect it. It needs to be a team effort. It also has great messages about coping with loss, relating to your parents and family, and finding new people to call your family and friends. Another aspect that rocked were all the celebrity voices. Beyonce as Queen Tara, Colin Farrell as Ronin, Aziz Ansari as Mub, and Christoph Waltz as Mandrake were all perfectly cast and made the movie extra special.

It was just amazing, amazing. amazing. And what was even more amazing is that some of us bloggers attending the event got to meet and chat up some of the stars afterwards!!

Here is a snippet from Colin Farrell after he was asked if the movie’s eco message had inspired his participation:

So, to respond to the script, I think you’re responding to those ideals.  But, no, it’s just a case of meeting Chris and his team and really seeing the visuals and just loving the story and loving the world.

And as Chris said, if anyone can come out of this with a moment’s more pause for thought than they would have had before it or if kids want to go out and pick up a rock and see what lies underneath it and put the iPad down for five minutes, happy days, you know? 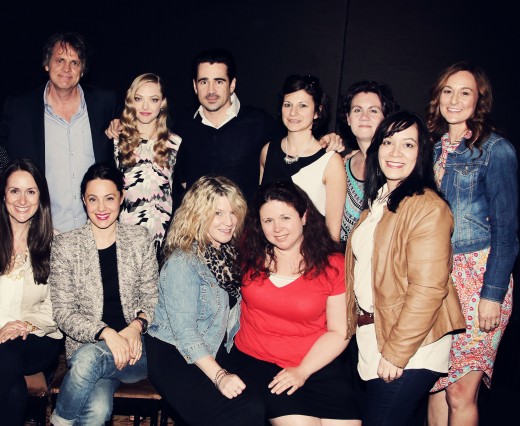 Chris Wedge, Colin Farrell, and Amanda Seyfried. I am 3rd from the right.

And a snippet from director Chris Wedge:

The idea behind the movie was that we would go to a place that seems familiar to us, but we would see the magic inside of it.  And when I wanted always to get in touch with that from an emotional perspective, I thought about the times that I just walk into the forest, whenever I’m by myself, and just stop and listen and just feel it, because you can feel the presence of some kind of nature power going on all the time.

There’s a little movie going on with the squirrels that are chasing around and the things are growing out of trees, and it’s always happening, and you can feel the presence of that.

And, look, we’ve done a very stylized version of a magical forest here, but if it generates some more kind of respect for that in kids, if they think, wow, maybe if I walk out there, I’ll see this, because I am taking perspectives and showing you that, sometimes, it looks just like it does to us, right, you’ll see evidence that this is happening.

So, my hope was that a kid would go out and see like, wow, those birds making all that noise, that’s not just a sparrow chasing a crow away from its nest, it’s Leafman and Boggins that are fighting, that would be it for me.  There’s magic out there that we just don’t pay attention to.

I felt that both of these thoughts were beautiful and deep and had to share. All of the celebs were friendly and fun (and drop dead gorgeous – if you’re into that sort of thing). The way Chris Wedge spoke about the movie and the message made me fall in love with it even more AND want to see it again (which we will!) Colin Farrell was very deep and thoughtful. Amanda Seyfried is even more gorgeous in person if that is possible. Aziz Ansari and Chris O’Dowd (below) were hilarious. I am a big fan of Aziz’s and I was delighted to find that he and I share a love for an older movie that no one else in the room had even heard of, Flight of the Navigator. It was a childhood fave for both of us. 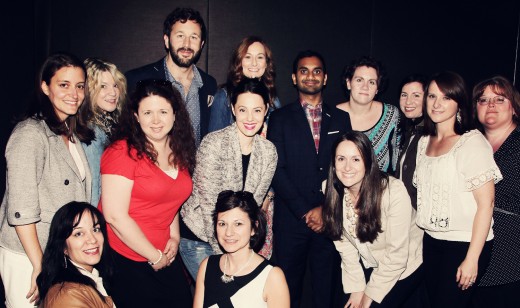 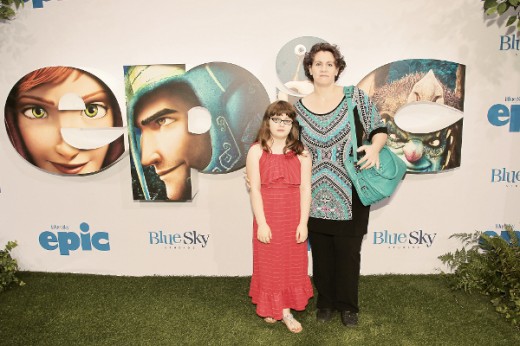 I enjoyed the experience thoroughly and it meant a lot to me to get that behind the scenes look and have to have the glitz and glamour of being at the premiere as a movie lover and now a huge fan of this particular movie. Many thanks to Energy Star for the opportunity! Please check out the reviews from other attendees over at Big Green Purse.

Side note: There is still time to join Team Energy Star and submit your children’s stories about how they conserve energy in the home for a chance to win lots of great prizes. Open until May 31st!

Disclosure: My trip and expenses were covered for this event. I am not being compensated nor am I obligated to share my thoughts about the experience and movie, I just really want to!!