↑
You are here: Home / Environment / BlackFish – Have You Seen It Yet?? 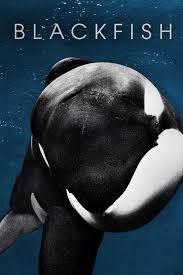 I recently sat down to watch the movie BlackFish again. It made me just as angry watching it the second time as it did the first time. The first time I watched I had to keep leaving the room because some parts were very upsetting to me. This time I made myself watch it. I cannot believe that Sea World still has patrons. I cannot believe that anyone who has seen this movie and lives in the vicinity of one of these parks has not been going to them and picketing or laying down in the entrance ways to prevent people from entering. The stuff going on in these parks is horrifying.

One of the worst things they are doing IMO is lying to the public and calling it “education”. There are videos of Sea World employees telling visitors that the average age of an Orca is 30-35 years in the wild and that they live much longer in captivity. This is a bold faced lie. Orcas live as long as a human, anywhere from 60-100 years old. In captivity they live on average 30 years so Sea World is essentially robbing them of more than half their life and that short life is spent living in prison like conditions. Employees also “educate” the public that the dorsal fin of Orcas collapses in 80-90% of all male Orcas no matter where they live. Again this is a lie. Their fins collapse when in captivity. This happens in the wild only a measly 1% of the time.

Die hard supporters of Sea World and places like it claim that they are important because they provide education. As seen in this movie that education is hugely flawed and sprinkled with lies. There goes that whole argument. They also claim that kids will not come to love or appreciate animals like dolphins or Orcas if they don’t see them in captive situations. Again, I call that a load of steaming you know what. As my husband pointed out while watching he thinks kids will find more to love and appreciate about Orcas from watching this film than they ever would attending a show at Sea World. I agree.

The movie goes into a long history of attacks by frustrated Orcas in captivity (as in 70+). The former Sea World trainers who worked with these whales never even knew about most of them, even when they were working with the exact same whales who had attacked at other facilities. They are not told because their employers really don’t want them to know. How that is not seen as criminal is beyond me.

The movie is creating change though. Sea World’s profits have plummeted 15% and OSHA imposed rules upon them declaring that trainers cannot openly swim with the whales anymore but must have a barrier between them. Sea World appealed and was denied just a few days ago. A court in California also stated recently that they are launching a year long investigation into whether or not to ban Orcas in captivity. We have to keep the pressure on to make sure that happens.

No person should avoid seeing this movie. If you do, you are choosing to bury your head in the sand when it comes to this HUGE issue of animal cruelty and corporate profiteering. It was filmed with the greatest of intentions and to quote a great man “Our lives begin to end the day we become silent about things that matter”. Endorsing Sea World and supporting them in any way is being silent. It makes one culpable.

I have been to zoos and aquariums where the goal is species protection and rehabilitation. Sea World does not even begin to qualify as one of those. For instance the aquarium near my home in Ohio has manatees. All of them were hit by boats in the Florida region. They get medical care and rehab and then they go back to the ocean. They are never made to sing for their supper. Maybe they are not capable so that is why they are not cared for in their own home state by (ahem) Sea World??? I don’t know but it sounds fishy.

Sea World has been under fire for decades for their practices. They ignored these concerns and kept up with business as usual. Now we are supposed to feel sorry for them because the backlash got too big?? No. If they wanted to do the right and honorable thing they would announce a plan to use ALL profits (after expenses) to revamp every single habitat to one of proper size and condition. They would no longer make animals perform like baffoons and endanger themselves and trainers. And they would promise to never, ever take a healthy animal from the wild again and instead house animals that are sick, injured, or endangered with a plan to rehab and return ASAP. Only after they made such statements (and backed it up with ACTION) would I consider supporting them with my money.

If you haven’t seen this movie yet…watch it, with your kids. It is so important.