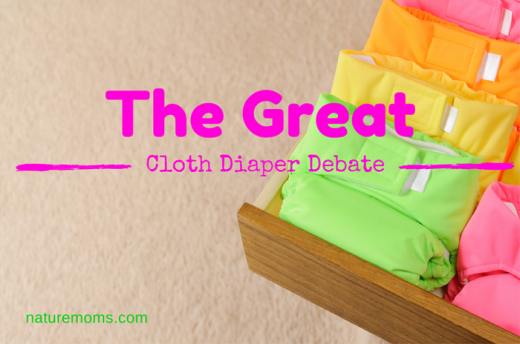 Which is better…disposable or cloth? The diaper wars have begun and you must choose sides….muhawww.

New parents are faced with many decisions, one of them choosing whether to use cloth or disposable diapers. There are advantages and disadvantages for each diaper type. This issue can be a hot one among parents, a part of parenting politics so to speak, and it seems that you must choose sides. What side of the fence will you choose to be on? Either you’re gonna be a tree hugging, diaper-washing hippie or a landfill-filling, Pamper camper. You’re a pawn in the diaper war…it’s your move.

But perhaps you have decided to compromise and use a combination of both and maybe even throw in a third diaper type for kicks…the more environmentally friendly disposable diaper or the flushable diaper.

Cloth diapers are better for the environment as they don’t end up choking landfills. Deposits can be shaken out into the toilet and processed properly instead of leaking into the ground. There are styles with Velcro fastening diaper covers or snaps meaning more comfort and fewer leaks. Some are “all in one” and resemble a disposable in ease of getting on and off baby.

But, you’ve got to wash them. When you’re out and about, you’ll have to carry the soiled diaper with you instead of pitching them in the closest trash can. The initial cost can be expensive, though you’ll save money in the long run. If you elect to use a diaper service, that will cost you  money but there’s an environmental cost to consider as well with the use of bleach and detergents on such a grand scale.

In addition to being used as burp cloths and washcloths, prefold cloth diapers can be used for other things such as dust cloths, hand & kitchen towels, to wash windows and cars, and to polish silver when your baby is done using them for diapers. Obviously, get rid of the worst looking ones. Considering dyeing some of the others for variety or to match your décor.

You can’t beat disposable diapers for convenience. Use it. Toss it. If you’re visiting a new location and run out of diapers at midnight, most corner stores and gas stations will have them for sale. Though there are more and more options for local cloth diapers too. I heard that infamous big box store has them.

Disposable diapers use up space in landfills adding plastic, chemicals, and sewage often wrapped in another plastic bag. They are also expensive and since they are often purchased at grocery stores, the cost is hidden in the grocery bill. Children wearing disposable diapers often potty train later, which increases the amount of diapers the child will wear through infancy.

There are pros and cons for both but in the long run cloth comes out ahead if you care about saving money, living with simplicity, and protecting resources and planet. If you don’t care about any of those things you may be reading the wrong blog. Just sayin. ;) 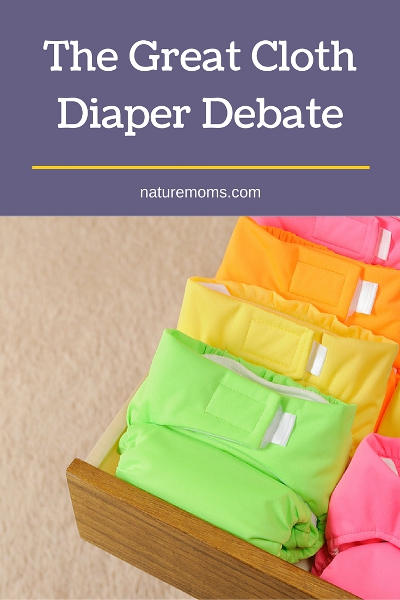