↑
You are here: Home / travel / Disney Vacations – Greener Than You Think 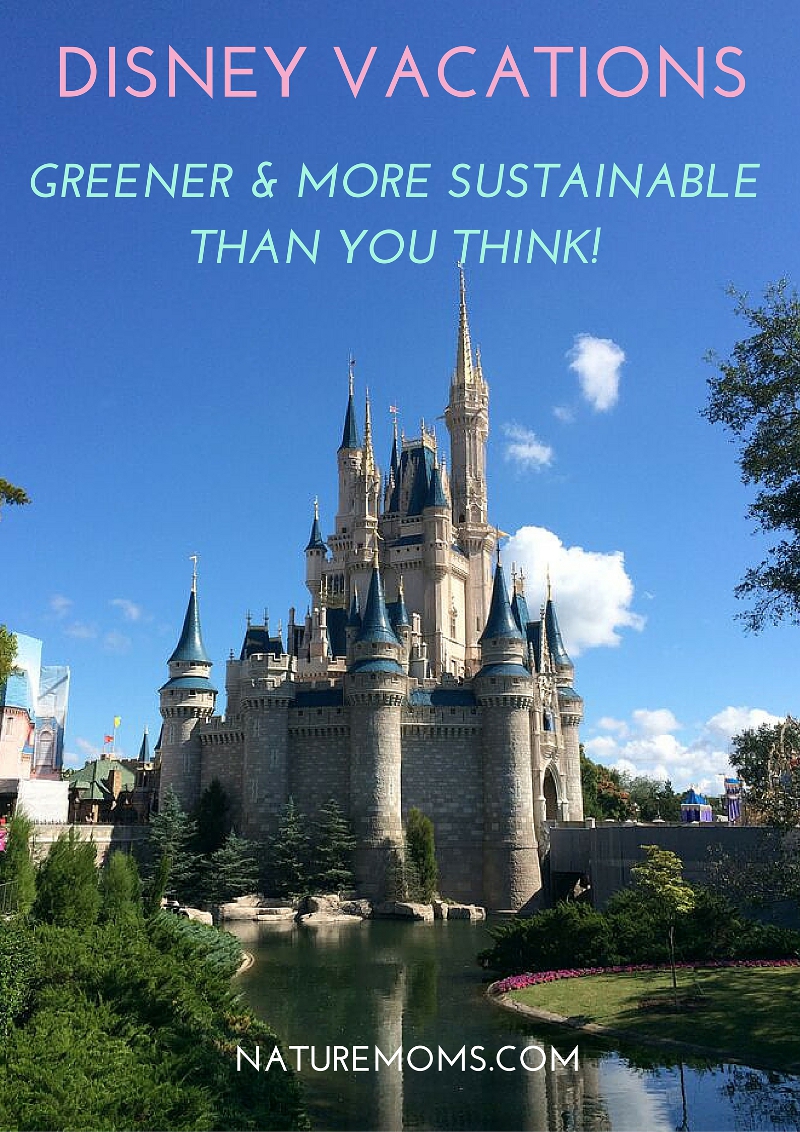 If you asked me a couple months ago if I thought about Disney as a green vacation destination I would have said no, not really. I mean I would have said that I am sure they do some green things but in general I would not have thought it was a primary consideration for them. That was my thinking until I spent a few days at various Disney World Properties in Orlando last month. I came away with a vastly greater respect for Disney, especially in regards to all the work they do in nature conservation and to be better environmental stewards as a company.

If you think about all that goes on inside the operations of any amusement park you think about all the garbage they generate, all the junk food they serve, and all the useless souvenirs they try to pawn off on you. Disney is not without fault of course but I never fully realized all that they do be greener and more sustainable.

“The land itself—should be as dear to us all as our political heritage and our treasured way of life. Its preservation and the wise conservation of its renewable resources concerns every man, woman and child whose possession it is.”  – Walt Disney

For instance, in January of this year Disney received the Governor’s Environmental and Economic Leadership Award. This award is California’s highest environmental honor, for waste-reduction efforts and boy have they achieved something impressive! Over the last 10 years, the Disneyland Resort has doubled the amount of waste diverted from landfills, and is working toward the long-term goal of achieving Zero Waste—a distinction already awarded to Circle D Corral at Disneyland park. In addition to recycling paper, cardboard, plastics and metal, Circle D Corral composts all animal waste, hand towels, laundry lint and coffee grounds from Disneyland Resort restaurants.

This is just the tip of a very deep iceberg. When collecting research for this post I ended up with so much information about their environmental stewardship and practices that I could not possible share it all but here are some highlights:

So what does all of this look like when you visit the actual Disney parks? Well, here are some of my personal observations:

I was very impressed by everything I saw at Disney World, Epcot, and the handful of park resorts I went to. While I have always been a Disney fan (heck I spent either Halloween or Christmas there every year!) I did have some outdated ideas about them. I am happy to find that Disney is leading the way for corporations on environmental issues AND providing a cleaner, greener vacation destination.

I leave you with a photo I took while fishing right next to the Disney World theme park. Recognize anything?

I spy space mountain from our fishing boat… #FirstCatch #WaltDisneyWorld