↑
You are here: Home / Self Sufficiency / Survivalist versus Prepper 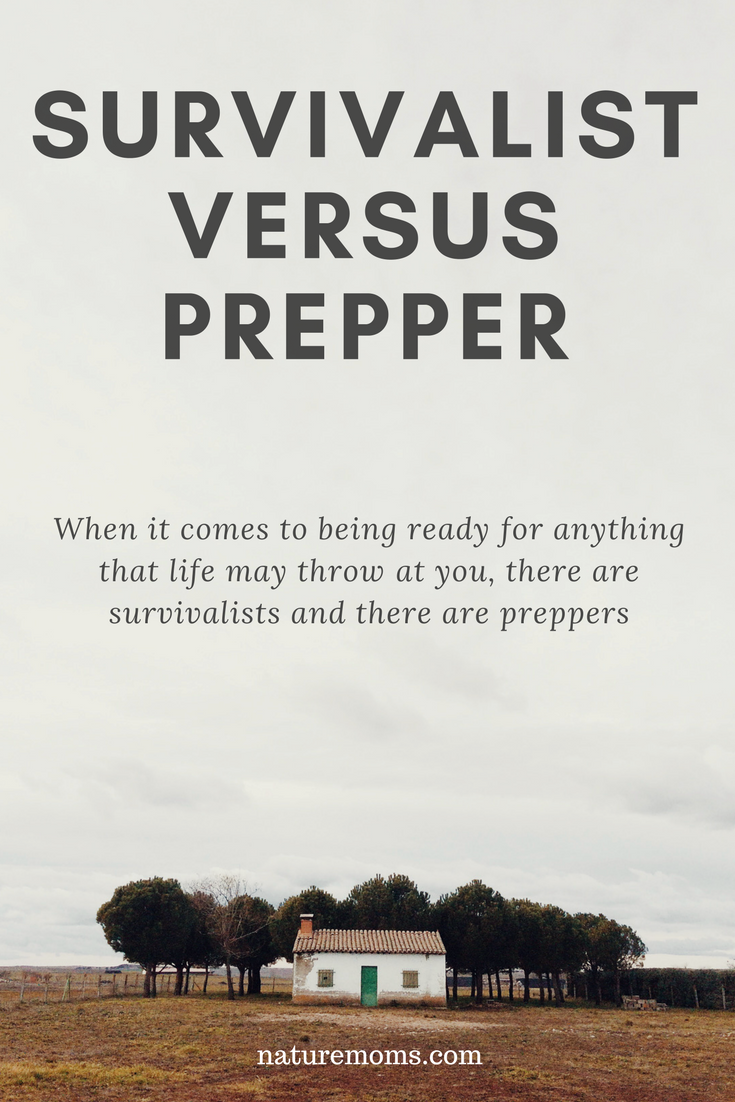 Survivalist versus prepper…Is there a difference?

When it comes to being ready for anything that life may throw at you, there are survivalists and there are preppers. Often times these terms are used interchangeably as if they mean the same thing but they are actually quite different. Survivalists and preppers do have a common goal, both seek a certain outcome when all hell breaks loose. There are major differences though in their attitudes and the way they go about preparation for the worst. Though both terms are a bit strong in their description of me and my family’s outlook and attitude, I definitely have more in common with survivalists.

The Common Bond Between Survivalists and Preppers

There are many commonalities between survivalists and preppers. At their core, both have the similar ideals in that they want to be ready for a disaster. They both spend time, energy, and resources to prepare for disasters such as major weather events, war, riots and looting, economic collapse, pandemics, and other disasters.

In both these individuals there is perhaps less confidence in current government and systems to be able to handle these disasters adequately. They want to ensure the survival of themselves and their families during the disastrous event, but also after the event. Many common preparations involve supplies that will allow them to continue to live without aid for an extended period of time.

The difference between survivalists and preppers comes down to how seriously they take up their cause. Make no mistakes about it, both of these groups of people are quite serious about their preparations for the future safety and comfort of themselves and their families. The core difference is really how extreme their plans and preparations are.

There are also differences in how both of these groups prepare for unforeseen events and disasters. For example, one group might stockpile huge amounts of non-perishable foods while the other will have a smaller stockpile and rely heavily on seed saving to grow their own food.

Survivalists differ from preppers in the way they make their preparations and their overall idea of surviving after an event. They tend to look to the earth and wilderness for much of their survival needs. A survivalist will learn about the area around them and look to live off the land rather than having huge stockpiles. These people will likely hunt, forage, and grow their own food for their survival needs.

A survivalist is really exactly what their name suggests. They will do what needs to be done to survive. They do not expect to rely on the comforts of civilized life to sustain them during or in the aftermath of a disastrous event. After all if something really bad happens even a stockpile will eventually dwindle. Only a self sufficient family can survive, or so goes the mantra of survivalism. This is also why survivalists are more likely to live off grid, be more solitary, and probably also stockpile arms and ammo rather than huge quantities of freeze dried food.

Preppers differ from survivalists in how they plan to survive and even thrive after a disaster. They will usually have large stockpiles of supplies, non-perishable foods, and other items that will help them remain safe, alive, and even comfortable during and after such an event. A prepper will typically have a stockpile large enough not only to get them through the event, but large enough to sustain them until rescue. They do usually plan on rescue and things going back to what they once were so in many ways they are thinking more in the short term.

Preppers are usually considered to be the more “serious” or “fervent” in their preparations. This might be because their preparations are often more visible to the people around them. Having a basement full of medical supplies, water jugs, and freeze dried food is pretty intense. The lengths at which preppers will prepare and stockpile are extremely varied from person to person.

In the end these names are just labels. Survivalists and preppers are different in the way that they make their preparations and their overall ideals for how to survive, but at their core they are very similar. Both groups do the work and planning necessary to ensure that they not only survive a potential disaster, but thrive in the aftermath. They are both built on the platform of hard work, forethought, and optimism that they will survive no matter what happens.