Whew! It has been a long while since I did one of these posts. Truth be told I don’t feel as though I have been very frugal or smart with my money lately. I never even got around to making a budget for last month, let alone sticking to one. That said I did have some frugal wins, even if it meant I spent a wee bit too much.

Got two loft beds on Craigslist. I was about to buy a loft bed for my daughter from Ikea for about $300. The one she actually wanted was from Pottery Barn for $800 so the Ikea one felt like a deal. At any rate I checked my local Craigslist ads and found two loft beds for $100 each. One was brand new and the other barely used. They both retailed for over $400 new. Now both of my younger kids have new beds. Score! 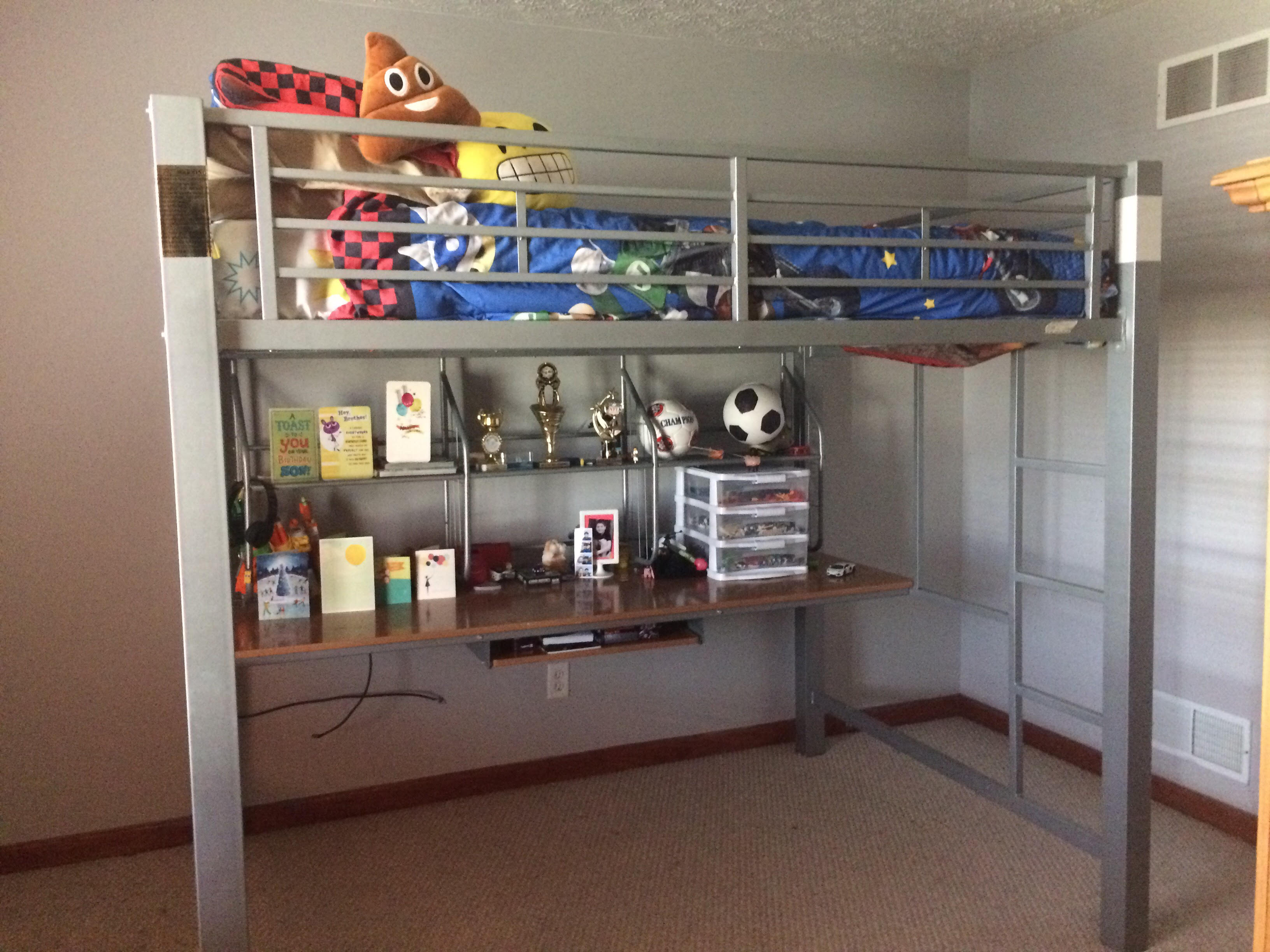 My husband meets tons of people through his line of work and awhile back he met a man who empties out the apartments at an assisted living facility when they are vacated. Thanks to this connection we got two free exercise bikes we paid $100 for a barely used washer and dryer set.We turned around and sold the set for more than double our money. I sold one bike for $60 and the other we are keeping.

My Goodwill meanderings have paid off recently too. My fave Goodwill is next to a Target store and I am always finding brand new Target merchandise there. I got a 5-Shelf Trestle Bookcase ($69.99) new in the box for only $29. I had been admiring this style of bookcase for years! I also scored some storage baskets from target there for only $1.99 each and then later saw them at Target for $8.99 each.

I was desperate need of some new shoes and pretty much the only kind I buy are Reebok Nanos. They last, they fit my wide feet, and they are super comfy. The last time I bought some, Reebok was selling the 2.0 version of my beloved shoes. When I looked this time they are selling 7.0 versions. Knowing nothing about the 7.0 and not liking any of the designs I was not about to buy any for $130. They are seriously ugly! So I looked on eBay and found some new in box 3.0 Nanos in pink for $75 shipped. I adore them!!

I discovered a consignment furniture place near me and sold three older lamps we had laying around and made $15.

Earned $11 cash back this month via Benefit. Whenever I buy on Amazon or go out to dinner with my hubby to Texas Roadhouse we buy a gift card on Benefit first and pay that way. Then I print out a check for my cash back and deposit it through my bank’s app on my phone. Easy peasy!

Lastly we bought new stainless appliances for our kitchen remodel. Did you know Lowe’s negotiates? I didn’t! We got a $2500 fridge that was a floor model and had a dent so they discounted it to $1400. Then they mentioned that one handle would not attach properly so we offered $1000. They agreed. With an energy rebate and selling our current fridge we ended up getting it for $700. So you never know. Oh and we fixed that handle issue in two seconds and covered the dent with a magnet. We also got a refurbished dishwasher allowing us to get a $800 dishwasher with bottle jets for only $311. Amazing!

See what I mean about spending?? I need to do a spending freeze.