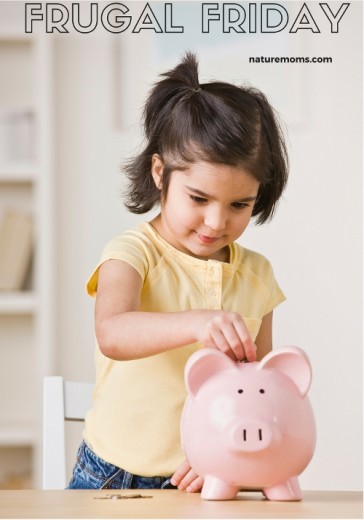 Yay! It’s Frugal Friday! Here are my recent wins and fails with money…

* I have earned $17.25 on ibotta for the month of April (thus far). This is pretty big for me because I do not let coupons or coupon apps motivate me to buy things I would not generally buy. If I spend $5 on an item I would not have bought typically but use a $2 off coupon I am still $3 in the hole. So I just don’t do it. So it was a good month for me and ibotta because I managed to take advantage of offers for things I would already buy like Lara bars, RX bars, and kombucha. AND I stacked these offers with in store coupons so I got those RX bars for FREE.

* I sold some items I had laying around the house during a decluttering session. I decided to let go of some vintage pyrex and an old bean pot. I don’t use them and they were just sitting in a closet collecting dust. I made about $50 selling three pieces through the Facebook marketplace.

* I have also been doing some reselling of things I get at Goodwill. It started with books..I would scan some barcodes at goodwill and see what they were selling for on Amazon for used books. If I can sell it used and profit at least $3 after fees and such, I buy it. I have been lucky this month and found several books that are selling for almost $20 used.

I will also list home items for sale on facebook that I bought at Goodwill. This month I sold a set of pyrex refrigerator dishes for $25 (I paid $4). I scored a vintage cheese crock for $2 and sold it for $10. Sometimes I see these items and I know they are worth more than Goodwill is asking but I have no desire to buy them for myself. Might as well make a couple bucks! I shop Goodwill and look for deals like this because it is fun for me. I love thrifting and if I can pay for the items I want by selling other items I find, I am all for it.

* I needed two desks this month for two of my children who got desktop computers. They both have desks in their rooms but I did not want to put the computers in there and never see those particular children again so I needed to buy desks for the living areas. I got one desk for $15 on Goodwill and the other desk for free on the Facebook marketplace, from someone who was moving.

* Okay this fail is actually from a few months ago but it is a DOOZY! I fell victim to a predatory energy provider and the sad part is that I had a bad feeling from the beginning and ignored it. The sales guy got me at Menards. He worked for NRG Energy. If you live in a state where the energy companies compete for your business RUN like hell from this provider. Anyway the reason I thought the company was shady from the beginning was that the sales guy tricked me into signing up. He showed me the rates and I asked him if he could show me the fine print details, especially as it relates to cancellation. He said he would email them to me and had me enter my email on a tablet and click the box that I want to receive correspondence. I did so and it turns out that one action signed me up for the service. I was livid and called the company to make a complaint about this man. I was going to sign up anyway but being tricked into it was no cool.

Anyway…that bit of sleaze and slime aside I enjoyed a low energy rate for six months. My mistake was that I did not select a new provider to take effect before the variable rate changed. When it changed in the month of December (yes during the holidays) I did not have my eye on the ball and the rate doubled from almost six cents per kWh to nearly 12 cents. My electric bill is already on the high side because we have electric heat so this snafu meant we got a bill for over $1000!!! The following month was $800 because it takes times for the providers to be changed. Those bills should have been half those amounts so I threw away roughly $900.

The lesson from this story is that I need to be on top of this so it never happens again. Yes, NRG Energy was particularly greedy and I have never run into this heinous an issue before in the 12 years we have lived in Ohio but golly gee I am going to watch these guys like a hawk. About 1.5 months before my contract is up I am going to switch like clockwork or get the new rate in writing from the current provider.

* Another fail is that I finally shopped for better insurance and was not timely in cancelling the old policies. We are now paying about $20 more a month for life insurance but the coverage amounts have quadrupled. Sadly I paid for the unwanted policies for two extra months after we replaced them. Another $150 out the window.

My fails have been bigger than my wins of late. I hope I can turn this around!