↑
You are here: Home / Tidbits / Gifts with a difference – children under 10 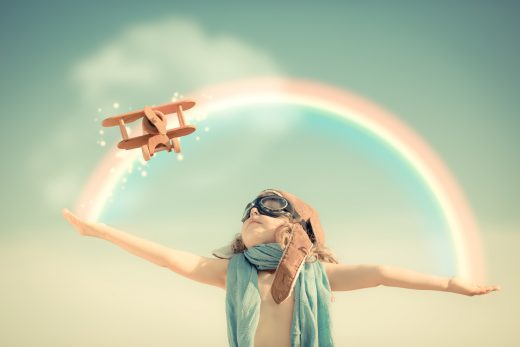 Children under 10 don’t want to be children under 10. They want to be older. They will still play with toys and they will still ask for their food to be cut up for them, but try buying a toy for a child aged 6 that has “age 5+” on the box and prepare for fireworks. They don’t want to be 5. They had a birthday that confirmed that they are now 6. Pictures were taken and everything. Cake was consumed in large quantities in celebration of looking at 5 in the rear-view mirror. And don’t you forget it.

When I was young, there was a kid called Craig that lived on the street behind me. One year, around the age of 7 or 8, we were due to go on an overnight school trip to a cabin in a forest. This was exciting news, and we all hurried back to our parents after finding out about the trip to ask for new adventure items like flashlights and hiking boots.

Craig’s parents had a brainwave. His birthday was coming up, and instead of getting him the usual things like roller skates or a video game, they decided to put together an adventure backpack. This thing had everything in it. From a flashlight that strapped to your head and a waterproof wallet for keeping maps in, to an outdoors plate and cutlery set and even a small pop-up one-person shelter used by people going fishing.

This backpack filled with goodies was easily the best gift anyone received that year – everybody was jealous!

This is something that all children could find useful. They sometimes don’t know what to do with it when they get one, a bit like a dog chasing a car that then has to stop at the top of the road to turn, and the dog catches up and looks confused. But the confusion won’t last long. A desk to an adult means work and back pain. A desk to a child means arts and crafts. Throw in a colouring book and some crayons and you’ve got yourself a quietly content child for whole mornings or afternoons. And if the desk has drawers? Now we’re talking. Kids love to put things in their own drawers, and if you really want to hit the jackpot, buy a small money box style safe with a key. The permission and responsibility to do arts and crafts and squirrel away what is created in a drawer or even a safe is going to stand out as a gift they love that they didn’t even know they wanted.