↑
You are here: Home / Healthy Eating / 5 ways sustainable seafood can benefit people and the environment 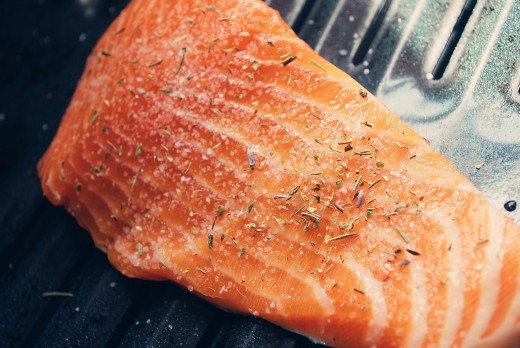 Most of us know that seafood is good for us. However, overfishing is a major problem threatening the survival of many species in the ocean. Furthermore, water pollution and a variety of practices hurt fish, including species we aren’t harvesting for foods. The solution is sustainable seafood. Here are 5 ways sustainable seafood can benefit people and the environment.

It Can Make Cheap Protein Available without Hurting Wild Populations

A hundred years ago, the ocean seemed like an endless renewable resource. Now we know that it is possible to over-harvest species to the point that they go extinct. This has led to quotas on fish harvests. Yet fishing remains lucrative, because it is a relatively cheap source of protein. Sustainable fish farms allow us to continue to provide this affordable source of protein without harming wild populations. A classic example would be oyster farms that leave wild oyster beds untouched.

It Reduces the Impact on Larger Ocean Animals

Large fishing nets don’t just catch the fish people want to eat. They can also capture dolphins, sharks and turtles. If you eat sustainably farmed fish and crustaceans, you’re reducing demand for trawlers pulling in massive schools of fish and a few of the endangered animals we want to protect.

Sustainable fish farming methods indirectly reduce a variety of forms of ocean pollution. If we have fewer fishing boats out on the ocean, there is less opportunity to spill diesel fuel or flush polluted wastewater into the ocean. Furthermore, up to 40 percent of the fish caught by big trawlers are considered undesirable. These dead fish are thrown back into the water, spreading disease and altering the ecosystem in the process. When you buy fish from fish farms, there is no such bycatch, and fish that aren’t suitable for consumption can be turned into farm fertilizer instead of left for predatory fish to consume.

It Is Safer for the Workforce

Fishing remains a deadly occupation. When a crab boat or fishing boat is lost to storms, lives are lost. This isn’t an issue with fish farms. People feed the fish, monitor the fish population and harvest the fish. It is more like farming than working on a trawler. This is also why sustainable fish farming is desirable. It creates local, sustainable jobs on land that happen to provide a more reliable source of food for people. And there are roughly 800 million people working as fishermen and fish processors.

It Is Safer for Consumers

Fish raised in sustainable fish farms won’t carry the toxic pesticides and fertilizers in their body that wild ones might. However, that’s only true if you’re eating fish that weren’t fed chicken feathers and chicken poop. If you’re eating farmed fish, you might want to avoid eating parts of the body that can continue to pose a risk. One example would be the skin. Is it okay to eat salmon skin? Probably, but you can skip it. Is it safe to eat shrimp shells? Maybe, but there is no real benefit to doing so.