↑
You are here: Home / Healthy Eating / An Alarming Rise in Food Allergies 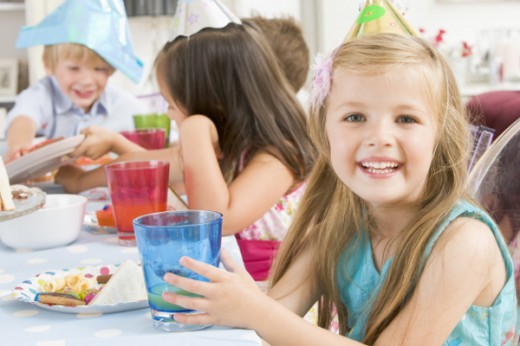 Food is one of life’s greatest pleasures. And, obviously, it’s a necessity. But the very food that sustains us can also kill. When the body’s immune system mistakenly identifies certain foods as enemies it attacks the invaders, prompting any number of reactions, from annoying skin rashes to stomach discomfort to the life-threatening throat swelling. Such was the case last month when 15-year-old Christina Deforges, of Canada, died after kissing her boyfriend, who had eaten a peanut butter sandwich hours before.

Deaths from food allergies are rare, only 150 to 200 per year in the United States, according to the nonprofit Food Allergy and Anaphylaxis Network at www.foodallergy.org.

But allergic reactions to food prompt about 30,000 trips to emergency rooms annually, and food allergies themselves are increasing at an alarming rate. Disturbingly, so is the severity of reactions, said Dr. William Rockwell, chief of allergy and immunology at Bridgeport Hospital.

“Since the 1990s it’s been going up, not only the allergies but how big the reactions are and we really don’t know why. The medical community is dumbfounded. I don’t know whether it’s something we’re doing to the food, the preservatives or whether the human being is changing,” Rockwell said.

Some speculate it’s because of genetic engineering of produce and the antibiotics, steroids and hormones injected into livestock, but no scientific evidence exists to support or disprove the claim.

However, warns Rockwell, “Any food can be allergic for any individual. There are some people who are allergic to celery. It’s very rare but it does happen.”

In addition to foods, children and adults can have reactions to food preservatives and artificial food colorings and flavorings, said Dr. Samantha Eagle, a naturopath at the Center for Naturopathic Medicine in Stratford, who also has a master’s degree in nutrition.

A change in food labeling laws that takes effect Jan. 1 and a new cookbook due out next month will make life easier for those with food allergies.

In August 2004 President Bush signed into law the food allergen labeling and consumer protection act that will end the use of false or misleading information on labels. Beginning Sunday, food manufacturers are require to list on packages the common or usual names of ingredients in their products.

Currently, they can disguise ingredients by using less recognizable names, for example, whey, casien or casienate to represent dairy. But that could spell trouble for the person allergic to dairy products and who is unfamiliar with alternate names.

“When the new law goes into effect they can no longer say ‘may contain one or more of the following  corn oil, peanut oil.’ It has to say ‘this batch was made with peanut oil,’ ” Rockwell said.

“It’s going to be a help to people, but I’m still telling people they’ve got to use their brains,” Rockwell said.

Pascal, of Westchester County, New York, radically changed her own eating habits to prevent allergens from reaching Lennon through her breast milk. She switched to a non-dairy creamer for her morning coffee, but Lennon continued to suffer from bloody diarrhea.

“I discovered that the non-dairy creamer actually had dairy in it,” said Pascal, whose experience prompted her to write the cookbook.

And there is definitely a market for it.

“When I started writing my book three years ago there were seven million Americans with food allergies. When I finished the book only three years later in 2005 there were over 11 million. And the majority of them is children,” she said.

Eagle said Pascal’s book is great because it prevents the allergic child from feeling deprived and allows families to eat the same meal.

It also addresses people’s misconceptions that allergy diets are tasteless.

“It’s challenging to make tasty meals for these people but it can be done,” said Valerie Sorensen, owner and chef of Kiss the Chef, a catering company in Stratford, whose clients more frequently ask her to accommodate food allergies in her menus.

Pascal’s cookbook eliminates all major allergens from recipes. In the past these type of cookbooks have concentrated on eliminating one item, for example eggs, from their recipes.

Drastically changing family menus and food preparation is imperative though not easy. But what initially is a minor inconvenience becomes habit, Pascal said.

“That learning curve is really steep at the beginning and it can be pretty overwhelming,” said Beth McTigue, of Fairfield, mother of Owen, 14, who has allergies. But the vigilance must be ten-fold once a child goes off to school.

“If you have your child at home it’s overwhelming anyway [to make changes]. If you’re child is going off on a bus to school, that’s really scary. Once they’re out of your hands and there are birthday parties and there are snacks and there are lunches, that’s when you begin to lose control and rely on other people to take up your role as a protector,” she said.

McTigue worked for safety initiatives to protect children with allergies in the Fairfield school system  a peanut-free table in the cafeteria, no snacks in the classroom, twice-yearly drills for severe reactions. McTigue warns parents that the teenage years are the most dangerous. “They don’t want to call attention to themselves so they won’t ask questions about food. Some object to wearing the EpiPen [a device that provides an emergency self-injectable dose of epinephrine for those experiencing an acute reaction to something they ate]. They want to blend in. Those elements are deadly,” said McTigue, whose son carries two EpiPens at all times.

“I’ve heard of kids who keep their EpiPens in their lockers, start having a reaction and never make it to their lockers. They just collapse.”

Rockwell also recommends carrying two because “35 percent of people who have anaphylaxis will need a second dose.”

The EpiPen comes with a demonstrator so people can practice administering the shot without actually injecting themselves.

“The babysitter’s got to know how to use it.” Have them practice too, Rockwell said.

McTigue learned of her son’s allergy after feeding him peanut butter when he was 10 months old. Today, doctors recommend not exposing children to allergy-inducing foods until at least age 3 when the immune system is stronger.

If there is a family history of allergies, that mother should avoid high allergy foods during pregnancy and while breast feeding, said Rockwell. “And the child should avoid eating those things until they are 3 or 4 or 5 years old. That will prevent or delay the onset of the allergy,” he said.

“There is no way to predict who’s going to have an allergy until they have a reaction, Rockwellsaid. “Avoidance is the only treatment for food allergies right now.”

Most people think allergies only affect children, some of whom are lucky enough to grow out them. But adults can also develop food sensitivities and allergies later in life.

“Some people have allergies come on after a trauma to the system. If you get the flu or have a death of a loved one, an emotional trauma, something that changes the hormonal balance in your body. Going through menopause for women will sometimes trigger allergies. Any one of those things can cause an adult to get them,” Rockwell said.

“Unfortunately there are a lot of hidden exposures. Some restaurants thicken their chili with peanut butter,” Rockwell said.

When eating away from home make sure you ask about ingredients and food preparation methods, Pascal warned.