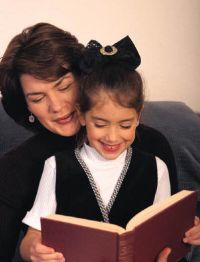 Since I had so many supportive comments about my public school issue with my son and requests that I let everyone know how things went, I thought I would give a report. I went to the school meeting this morning.

For the first 10 -20 minutes I let them report about my son’s lack of progress and the fact that they believe he is about on year behind where he should be academically. When they asked my opinion about all of what they had said I basically explained that I am just not seeing the problems they do. My son is highly intelligent and has learned an amazing amount just since he joined this school but they seem to be less concerned with progress as they are with meeting up to a predetermined standards. I pointed out that education is a journey….not a race….and I feel my son is right where he needs to be and where he should be. I point blank told them that their standards are immaterial to me. Each child has unique abilities, learning styles, and strengths.

Well, as some of the commenters from my previous post hinted it actually went over well. All three of the educators there agreed that the standards were flawed and set some kids up for failure. My son’s homeroom teacher actually mentioned that my son would be better off in a Waldorf school and looked kind of dreamy eyed when she said it. I agreed….but the closest Waldorf school is two hours away (one way). If anything this makes me regret moving from Arizona a bit because the schools were more relaxed there and they have several Waldorf schools but what’s done is done. :(

My son is at a disadvantage because the requirements in AZ were a far cry from what they are here. In Arizona they wanted him to know his ABCs and letter sounds upon graduation. When he transferred mid year to an Ohio kindergarten class they expected him to be reading and spelling already, which was a big shock. He also had little parental assistance during his first year of schooling because I was going through Chemo 5-6 days a week every other week. So he is behind his classmates because he did not have the same starting point or the same instruction they did. Now the school is acting like the race is on to “catch him up”.

They told me we have 3 options…retain him (not an option I told them), see if he qualifies for special ed (they were doubtful), or let him move on to second grade and get lost academically and flunk out. They all showed regret that these were the best options they could come up with. I told them I would pull him from school and homeschool before I let him flunk out or be made to feel as though he were inadequate in some way and that I would be watching that like a hawk. They seemed to like that, LOL. They kept mentioning how lucky my  son was to have someone who cared so much about his education and put so much thought into preserving his self worth.

Then the prinicipal flat out told me that I should look into TRECA. I was NOT expecting that! TRECA is a public funded digital academy that services 5-6 counties in my area. It is homeschool with an online assistance program. The big benefit of TRECA is that you work at your own pace and you schedule your schooling as you see fit even working during summer months. After doing a search I also found some support/homeschool groups for kids using TRECA or any of the other online schools Ohio has.

So…wow…I have a lot to think about. BUT it looks like unless things drastically change I will likely be homeschooling for the next school year which is actually kind of exciting. Taking my kids on the 600 mile Highway 127 yard sale from Ohio to Alabama is educational right? My homeschool ideas are kind of eclectic, LOL.

I ordered some of the books that you lovely readers suggested too. So I have some reading to do and some thinking to do….wish me luck!