↑
You are here: Home / Book Reviews / Turning Around the Unsustainable American Dream 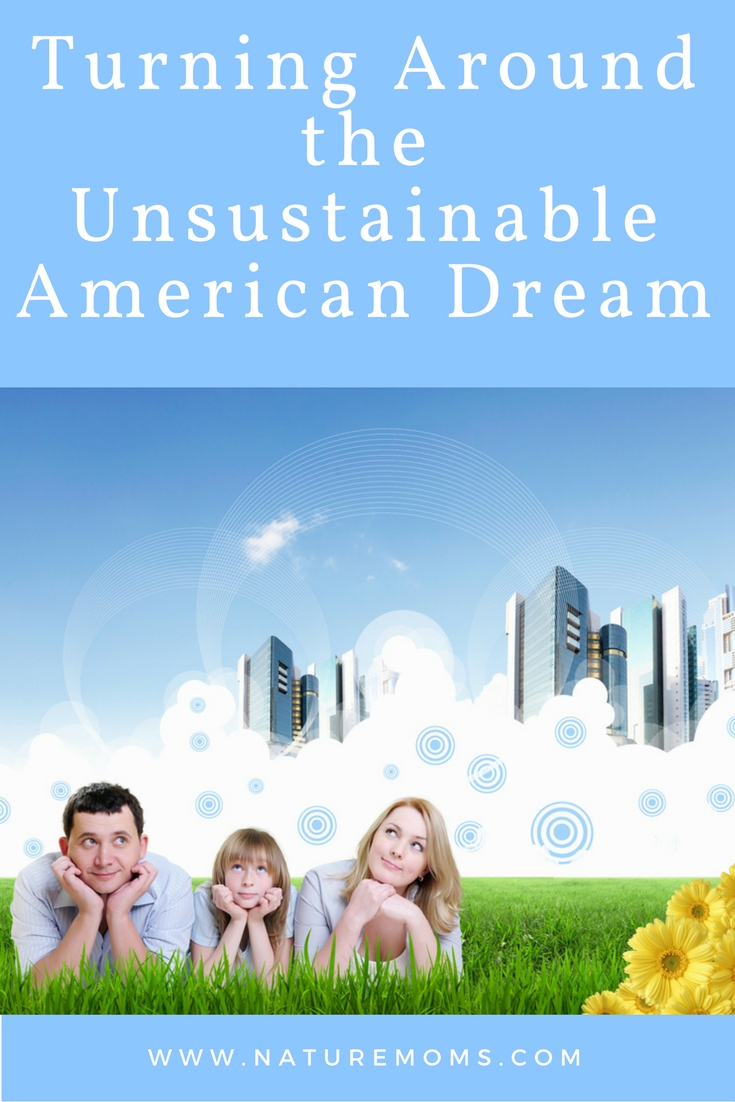 This weekend I had a chance to read The Cul-de-Sac Syndrome – Turning Around the Unsustainable American Dream by John F. Wasik.

It was a timely read as it has much to so with the current economic situation and what got us here but it is short on political blame and deals more with the attitudes and ideals that have permeated within the American mindset and how that has caused a lot of trouble for us.

It talks quite a bit in the early chapters about the housing bubble and it was incredibly interesting. Especially since I was living in Arizona during the boom and I saw first hand how completely outrageous it was. We wanted to buy a new tract home in Phoenix during the boom but thank goodness we had enough common sense to recognize how unsustainable the market was.  To get a house at the time you had to put your name in a lottery drawing. Every week the builders would draw 5- 10 names and those people would get houses. Our names were not getting picked right away and every week that your name was not picked the price went up about $10,000-$20,000 dollars. In the end this meant that many people were paying $50-$100,000 or more than some of their neighbors for the exact same home model. My husband and I refused to play that game.

The people who got the houses for the initial price were elated because now they were told their homes had went up in value by $100 grand in the first year alone but that did not make sense to me. Instead of thinking their homes were going up they should have just realized that their neighbors paid way to much. Some of them sold right away and did manage to make a good amount of money but we all know how the story ended for most of the country… the bubble burst big time.

In Phoenix people started losing their homes left and right because they couldn’t refinance the bad interest rates they got in their hurry to buy a house. They found that they owed more on their house then it was worth.

Another issue that is highlighted in the book is that few people could even afford to buy these upgraded homes. Instead of being content to see a marble floor at a bank or a museum the average Joe decided he need marble in his bathroom. What changed the American mindset that hard work and time was no longer needed to secure what you wanted? When and why did we decide that we all deserved luxury home regardless of income or circumstances? Remember the story of the immigrant crop picker with an annual income of 15K who managed to get a home for $720K?? The American Dream has morphed into something reckless and dangerous and something VERY unsustainable.

It seems we have gotten too big for our britches and classify what used to be “wants” as “needs”. We somehow “need” a big house, a nice car or two, big screen TVs, our kids attending private schools or the ones in the best areas (which require high property taxes to sustain them), and all the luxuries life has to offer. We don’t save and we don’t delay gratification anymore. We want it all now. This coupled with the fixed costs we obligate ourselves too as outlined in The Two Income Trap: Why Middle-Class Mothers and Fathers Are Going Broke is why we are in the situation we are today.

So, what is the solution? Well, this book outlines a need for a move to New Urbanism to prevent suburban sprawl. You cannot change people but we can change the way cities are designed and the way homes and cities are built. We can make cities more walkable and less driveable instead of the reverse. There are also numerous other ideas that I felt were awesome.

One of the ideas in the book is to un-link property taxes and local development to school funding. By making schools rely on local, state, and federal funding that would effectively keep people from moving further away from central cities to suburban areas where housing costs give schools mammoth budgets. If everyone is on an even playing field the schools would then be forced to be responsible with the money they get AND it would keep people in cities. Cities are greener and cheaper.

Other ideas include spending more money on transportation and infrastructure instead of sprawl. Creating communities that seek to be self sufficient and even generate their own energy. Funding a smart grid, trim real estate tax breaks, create private incentives for affordable housing, and heck yes… give the citizens of this country universal healthcare. I am a BIG supporter of that. I want to stop seeing hard working families go bankrupt because of health issues and greedy insurance companies. And for the economic conservatives it has ideas for what we can cut to defray costs for what we need to spend. Although I would not classify this book as liberal or conservative… I just know some people’s hair stands on end when they hear talk about government spending.

It is a good book with lots of good ideas. If you like books on economics and new urbanism then check this one out. Also if it interests you, make sure to stop by the blog of my friend Sharon at New Urban Mom who has been involved with promoting new urbanism for years.