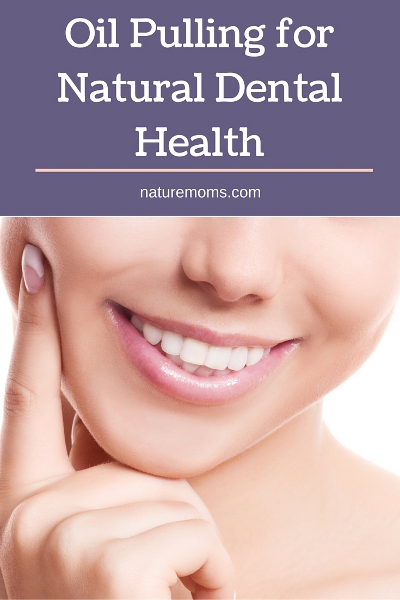 Oil pulling is an ancient remedy used for generations in India for insuring good dental health. Oil pulling therapy consists of putting a tablespoon of vegetable oil, normally sunflower or sesame seed oil, in your mouth and swishing (or pulling) it around in your mouth for an extended period of time, normally 10 to 20 minutes and spitting it out.

It was used to help prevent tooth decay, stop bleeding gums, ease bad breath, and help to heal a dry throat and mouth and chapped lips. Oil pulling also was used to help re anchor loose teeth and to help reduce gum disease as well as help to whiten and brighten teeth.

With the recent re surge of interest in ancient remedies for the treatment of various medical conditions oil pulling has come to the attention of those seeking natural remedies for an assortment of medical and dental problems and there have even been several studies done to determine whether or not this practice can improve dental health and the findings have been extremely positive.

In several informal studies that were conducted oil pulling was shown to help reduce both plaque and gingivitis resulting in healthier gums and teeth. People who have tried it for 3-6 months have stated that they have had fewer cavities, loose teeth have firmed back up and they see less redness and swelling in their gums. While such testimonies are only anecdotal evidence that oil pulling is good for your dental health this evidence certainly carries weight in the absence of more scientific studies.

In addition, there have been few negative side effects reported either by the study subjects or those who have tried oil pulling on their own which means that there is every indication that oil pulling may be a safe way of treating a wide array of dental problems or simply keeping your dental health to begin with.

If you have been dealing with a build up of plaque, gingivitis, bad breath or just discolored or loose teeth that you might want to try this method and see if it works for you.

How To Do Oil Pulling

First thing in the morning before eating or drinking anything pour a tablespoon of sesame seed oil, coconut oil, or olive oil into your mouth and swish it around for about 20 minutes. As you swish the oil will become thinner due to your saliva. Keep swishing. You will know when it is time to spit out the oil when it becomes whitish and once again begins to thicken from the germs and plague that is being pulled into the oil.

If you find that you cannot resist the urge to swallow spit the oil out and start again. It may take some practice until you can swish the oil long enough to complete the process.

After spitting the oil out rinse your mouth with warm salt water.

The oil will remove the plaque and other bacteria from your mouth and the warm salt water will help clear the oily feel that remains in your mouth. Over time your teeth should look whiter and your gums should look healthier. It can be done 1-2 times weekly with good results and even daily if you have problems, such as cavities or sore gums.

Oil pulling may not be for everyone but, it is a cheap and effective way to protect your dental health.

Hot Tip: My favorite oil for pulling is the coconut oil with peppermint from Skinny and Co Coconut Oil. Yum!