↑
You are here: Home / Political Action / Prop 37 Was Defeated But We Still Have 3 Votes a Day 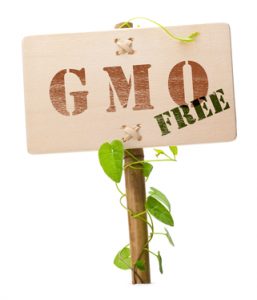 Last night (election night) was a very exciting night but also frustrating at the same time. I am pretty darn happy with how everything went down from the Presidential election to the Senate race in my state of Ohio. Over the moon in fact. Yet I am also very saddened and frustrated with how Prop 37 went down in California. A yes vote on Prop 37 would have meant that GMO foods would have to be labeled in that state. Californians would now know for sure if they were eating GMO foods. It seems like a no brainer to want to know what you are in fact eating but proponents of Prop 37…ie Monsanto, biochem businesses, and large food chains…don’t want you to know just how far down this GMO rabbit hole goes. They threw billions of dollars at the problem and ran all kinds of deceptive ads so that people would be afraid their food costs would sky rocket if they voted yes.

I think the whole country was watching with baited breath because if this proposition passed in California then many were hopeful it could be passed in other states afterwards. Now, after it’s failure, I think the mood is somber. If liberal, health minded, California cannot pass a GMO labeling law then what hope is there for the rest of us??? Does Monsanto, big agricorp, and the chain food industry have us over a barrel for all time???

Well, they won big time yesterday but they did it with lies and deception. Their “product” is suspect at best and dangerous at worst. The truth will come out of we keep fighting daily to expose it and just because they won this big battle does not mean we have to give up the war. Now is the time to fight even harder so they know loud and clear that we will not go away.

Not labeling GMOs in our food is like agreeing that there is nothing wrong with eating the mystery slop everyday. Oh heck no! No to the mystery slop and no to GMOs. We can keep the fight going with our three daily votes (meals). We have to get better at boycotting and being really loud (and perhaps slightly obnoxious) when telling friends and family about why they too need to say no to companies that use GMOs and to companies that contributed to the downfall of Prop 37. It’s time to hurt em where it counts… as my son would say, in the nuggets. The wallet in this case actually.

We will not be willing lab rats and neither will our children.

To find out which companies funneled money to the fight against labeling laws on Prop 37 visit this LA Times page. It lists them all. Who made the list? Oh just the usual suspects… Monsanto, Kraft, Dow, Pepisco, Dupont, Nesle, Coca-Cola, General Mills, Heinz and many, many more.

I started things off in my own home by evaluating all processed products that I still buy. Not many actually. I got rid of LaraBars two months ago because their parent company was on this list. That was hard but I did it. I eat pastured eggs every morning before CrossFit instead of a Peanut Butter Chocolate Chip LaraBar. It has been a change for the better.

This morning I looked at the only three remaining products I buy processed from large chains…the rest is pretty much farm fresh or small independent and ethical companies (ie Nativas Naturals and Tropical Traditions). Those three products are Cabot yogurt, Chobani yogurt, and Zico Coconut Water.

Cabot appears to be independently owned by a co-op out of Vermont and Chobani also appears to be independently owned. Both are most likely using GMO feed for their dairy cows though. I am assuming this with Cabot because something like 80-90% of animal feed is GMO, which is why we always try to eat grassfed and pastured animal products. These two products though were always my exception because frankly they taste way better than any other brands. Chobani was recently asked on their Facebook page by Mamavation rockstar Leah Segedie if they feed their cows GMO feed and their response was that they have no way of knowing. Pfft! Anyway, one of my goals for the new year is to perfect my homemade Greek yogurt skills and until such time, buy local grassfed yogurt from Whole Foods.

Zico is the toughie. I LOVE Zico’s Dark Chocolate Coconut Water. Loooooove it! I have some almost every day at the gym and we buy it in bulk at Trader Joe’s. BUT I just found out today that they were recently purchased by Coca-Cola, who funneled many thousands of dollars to defeat the labeling law in question. So I am so sorry Zico and I will miss you greatly but you have got to go. I will either buy Amy and Brian’s which I also love or I will make my own. Nativas Naturals has an awesome new freeze dried coconut water powder on the market that you just add to water. It’s so yummy that I have to keep my husband from eating it out of the bag with a spoon. AND… Nativas Naturals donated to pass Prop 37! I feel proud to have them in my pantry… 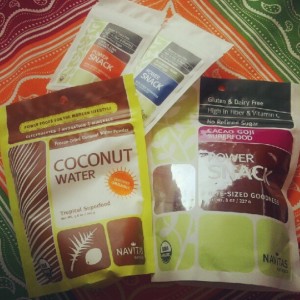 Make sure to sign up for notifications from Just Label It! for the latest news about labeling laws.

Who else is ready to come out of the election fighting???