↑
You are here: Home / Green Cars / Environmentally friendly cars: the pros and cons 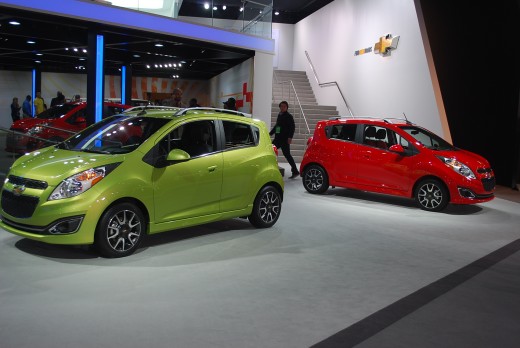 Over the last couple of years there has been one area of the struggling automotive industry which has been growing apace: the hybrid car industry. The strong sales of hybrid motors can only be a positive thing and perhaps we are beginning to see a genuine change in the buying considerations of automotive consumers. In the US sales of hybrid cars increased by 34% between 2010 and 2012; in Australia the increase in the popularity of the hybrid is even more rapid, with sales increasing by an astonishing 160% during 2012. When you bear in mind that that Australia and America are the spiritual home of gas guzzling muscle cars, this is surely reason to be cheerful.

Despite their increasing popularity, many people are still uncertain about the relative merits of hybrid cars. For anyone considering purchasing one for their next vehicle- and it is certainly something that everyone should consider- here is a breakdown of their pros and cons to help inform your decision.

Let’s get the disadvantages out of the way! There is no beating around the bush, hybrid cars are not as ‘exciting’ to drive as their petrol counterparts. Although the performance of hybrid cars has improved hugely in a relatively short space of time, for petrolheads they are still a long way away from the real thing. However, for the vast majority of drivers this lack of ‘ooomphh’ should be of little concern. When trying to espouse the virtues of environmentally friendly technology it is easy to be branded a killjoy. Perhaps we do have to accept that there is a place for the excitement which is presented by fuel thirsty vehicles, and maybe it isn’t in the mainstream?

The most likely concern which will put people off buying a hybrid is the cost. Due largely to the technology involved, hybrid cars are more expensive than their standard alternatives, often to the tune of several thousand. As we shall see, hybrid cars can engender big savings in the long-term, but in this economic climate it is not surprising that people are scared off by a hefty initial outlay. Nonetheless there is reason to be optimistic. With sales of hybrids increasing their price is only going to go one way, and that is down.

Although not a perfect solution, hybrid cars offer huge environmental benefits over traditional motors. Hybrid cars are not only far more fuel efficient, but they are also much lighter in terms of carbon emissions. There can be little debate that we need to take action to protect our planet, and whilst some may call for more drastic measures, attempting to take that action within a framework which allows the normality of everyday life to continue is perhaps the best course. In days gone past hybrids were often seen as vastly inferior to their petrol and diesel alternatives, however things have quickly changed. Use any motoring car comparison tool and you will see that they are now right up there with the best of them. And their evolution is likely to continue. Read the Mitsubishi Lancer review by Motoring and you’ll understand what a serious piece of performance kit the Lancer Evolution is- a real petrolheads dream. It’s therefore particularly interesting to note that in the last couple of days it has been rumored that its latest incarnation may well be a hybrid. Hybrid cars may not offer the thrill of a V8 just yet- but perhaps the day when they do isn’t that far off. Until then they are surely a most welcome compromise.

Whilst the initial outlay may be greater, increasingly consumers are choosing hybrids because of the long term economic benefits which they provide. Not only are they going to save you money at the gas pumps but there are more and more government lead incentives to purchase one. Depending upon where you live various tax rebates are available, often amounting to considerable savings. Insurers also take a favorable view of hybrid drivers, helping to propagate the view that hybrid drivers. For the savvy consumer the most appealing economic advantage of hybrids is their resale value. With so few in the marketplace compared to standard cars they hold their value remarkably well, and this doesn’t look like changing anytime soon.