↑
You are here: Home / Social Good / BlackFish – An Important Documentary About the Captivity of Killer Whales 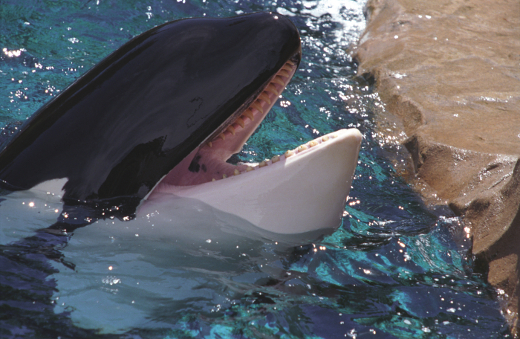 My intro to this movie came via Bill Maher last week. He interviewed former Sea World trainer John Hargrove about a new movie he is featured in called Blackfish. It touches upon a hugely important subject….the danger to humans when we capture what we cannot control and also how abusive it is to even keep such animals in captivity.

Now I realize you may love Sea World. I do too. I haven’t taken my kids there in over 10 years though (despite making trips to Disney and Universal) because I just cannot support what they do. Killer whales (as well as many other species) are kept in spaces way to small for them. This is ABUSE. As the former trainer pointed out, they think that keeping a killer whale in a 20×20 tank that is pitch black is causing psychosis and it is no wonder that whales are turning on their trainers. He also pointed out that Sea World and other corporations like it are making money hand over fist and all that money goes to making rich people richer OR improving areas of the park not related to the animals such as roller coasters and food stands. Making conditions better for the animals is not even in the budget.

IMO if any such places even exist they should be not for profit and all money should go towards improving the natural habitats of all marine animals and those currently in captivity. Isn’t it the height of arrogance to take these creatures from their homes, abuse them, and make them sing for their dinner?? Using and abusing these beautiful creatures should not be tolerated by the public…let alone openly endorsed by us, by taking our families there.

I encourage everyone to catch this film when it hits theaters in your area (check here for listings). Watch the trailer below: