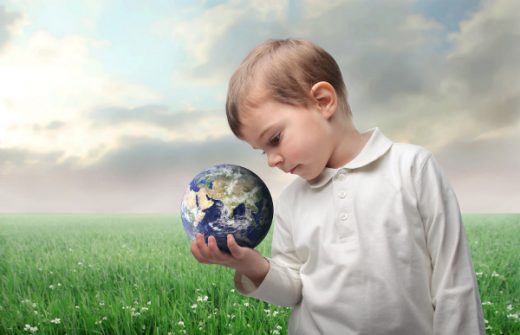 It is not news to anyone who cares about organic standards that many corporations are lobbying to have the government ease up on organic standards giving substandard producers of organic produce and dairy a better chance of cashing in on this growing market.

I have followed this scenario in outrage. I believe that the organic standards should be far stricter then they are currently, eliminating loopholes that currently exist. One thing in particular that outrages me is factory farmed organics where dairy cows for instance never see the light of day let alone a pasture to graze on. I am boycotting Horizon organic milk for this very practice. I am always very interested to follow events regarding this.

Below is a recent article:

Organic Consumers Association Says, ‘No Factory Farmed Organics’; Consumers Across the US Tell USDA to Not Allow Imposter Organics

WASHINGTON, May 25 (AScribe Newswire) — Across the United States, thousands of consumers are responding to the US Department of Agriculture’s (USDA) public comment period on revisions to the National Organic Program (NOP). A number of the USDA revisions relate to the “access to pasture” requirement for organic dairies. The Organic Consumers Association and other public interest groups are very concerned that the USDA NOP regulations contain loopholes and imprecise language that could continue to allow milk produced at giant intensive confinement dairy feedlots to be labeled as “USDA Organic.”

So-called organic dairy “industry leaders,” including two of the largest organic dairy companies in the nation, Horizon Organic (a subsidiary of Dean Foods and a supplier to Wal-Mart); and Aurora Organic (a supplier of private brand name organic milk to Costco, Safeway, Giant, Wild Oats and others), are purchasing the majority of their milk from feedlot dairies where the cows have little or no access to pasture, and have routinely been imported from conventional farms, where the animals have been weaned on blood plasma, fed genetically engineered feed, slaughterhouse waste, and poultry manure, and injected or treated with antibiotics, according to research carried out by the organic watchdog group, the Cornucopia Institute. Together, these corporations control up to 65 percent of the organic dairy market.

“Many stores, especially big box stores, such as Wal-Mart, are scrambling to sell more products with the organic label as consumer demand for these products increases. Instead of the stocking more high-quality organic products, these industrial farms and retail giants are selling the public low-quality products. We are calling on the USDA to stop allowing these companies to label these sham products as organic,” says Ronnie Cummins, Executive Director of the Organic Consumers Association.

Tens of thousands of consumers have responded to alerts from the Organic Consumers Association and have signed on to a petition demanding that the USDA close loopholes in organic dairy standards.

OCA is encouraging the public to vote with their consumer dollars in the marketplace, and put pressure on Congress and the USDA to safeguard organic standards. The USDA is seeking public comment until June 12, 2006 and already consumer pressure on the USDA has generated attention from major news organizations such as The New York Times, San Francisco Chronicle and National Public Radio. According to a study by the Consumers Union, 60 percent of consumers say they would NOT pay a premium price for organic milk if they knew the cows were confined and not given the opportunity to graze on pasture.

“Of course industrial agribusiness wants their products labeled as organic, but they must abide by organic standards. These intensive confinement dairy feedlots are a clear example of putting profit above ethics. The USDA has a yearly budget of $90 billion coming from our public taxes, and yet the USDA still refuses to allocate anything more than crumbs ($10 million annually) to organics, meanwhile allowing inhumane and non-sustainable industrial farming practices to creep into organic production. Organic consumers will not be satisfied until strict organic standards are implemented, and until Congress allocates sufficient funds to help family-scale American farmers make the transition to organic and meet our growing demand for organic food and other products,” says Cummins.

OCA ON THE WEB: www.organicconsumers.org