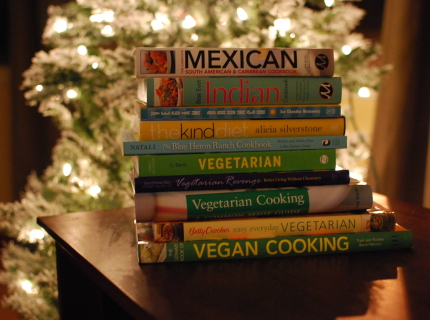 These are some of the cookbooks I have picked up of late in order to cook up some delicious veggie meals for hubby and kids. I have lots of great cookbooks to add to my collection and we have had some really yummy meals. I am not much of an on the fly cook… I need recipes, a plan, etc. After years of meat based meals I had a nice repertoire of meaty meals but very few veggie based ones (not counting raw recipes of course). I am finally starting to feel a bit more confident that I can whip up some tasty vegetarian or vegan meals that won’t leave people scrunching their noses. Not every meal I have made of late has been a success, in fact I had one really big FAIL, but over all I am liking these books and the recipes.

Let me start from the top down (see picture above):

The Complete Mexican, South American, and Caribbean Cookbook – This is not veggie based cookbook per say but I borrowed this from my mom.. who borrowed it from my brother (who has probably lived in all those countries) after she insisted that it had lots of meatless recipes. After trying some I bought it without hesitation when I saw it in the bargain bin at Barnes and Noble recently. Among the winners are Black Bean Burritos, Red Bean Chili on Rice, Bean Salad, Coconut Rice, and Rice and Peas. It also a bunch of salsa recipes and a great recipe for Cashew Nut Milk (which I converted to raw). It is like a Cuban Horchata!

The Best Ever Indian Cookbook – I bought this book hoping that it would have lots of meatless recipes in it since I know a portion of Indian Hindus are vegetarian. I used to eat in an Indian restaurant in Phoenix all the time and while they did have lots of lamb dishes they also had plenty of veggie based options too. This book did turn out to have meatless meals and a large section dedicated to these types of dishes. BUT alas I have not quite gotten the hang of Indian cooking yet. For every meal that turns out good there is one that is just bland and gross IMO. I made a dish that had potatoes, red split lentils, rice, and various spices and it was just mushy and bland and no one wanted to eat it.

Vegan Brunch – This is an awesome book despite the fact that it is REALLY heavy on the tofu dishes. Since we don’t do soy that renders half the book kinda useless but recipes for Cranberry Orange Nut Muffins, Lemon Cashew Crepes, Gingerbread Waffles, and Pumpkin Pancakes makes this book a winner despite the tofuti-ness. Since I am not a morning person it is a rare day when breakfast is much more than raw granola or fresh fruit so my family is thankful at least that perhaps ONE breakfast a week can be a yummy breakout from our routine.

The Kind Diet – I already review this AWESOME book here. So go have a look see. This is the book I am giving away too… see the bottom for details! Here is a recent meal where I made the Bok Choy drizzled with Ume Vinaigrette: 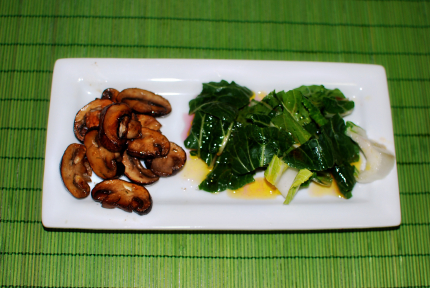 The Blue Heron Cookbook – This is a cookbook full of recipes that are served at the Blue Heron Zen Retreat Center. It is an incredible book and I would recommend it just for its fabulous stories and gorgeous illustrations but the food is good too! How often do you sit and and read through an entire cookbook like its a novel? I loved getting to know the family who lives and works at this retreat and hearing the stories behind the recipes. It is just a fascinating cookbook and the hand drawn pictures just give it such a dreamy, whimsical feel. Recipes we particularly liked where the Banana Bread (which uses whole wheat flour and honey), the Sunday Pancakes (which are to DIE for!!), the Adzuki Beans and Rice, and the Simply Miso Soup. If you have a cook in the family, they would be delighted to get this unique book as a gift. 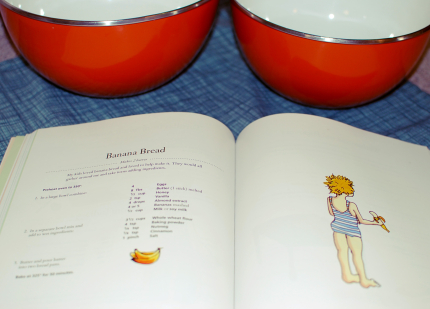 Simply Delicious Vegetarian – Simple title and really simple recipes. This book has an Italian bent in my opinion which pleases me since I love all things Italy. The recipes for grilled tomatoes, mushroom Lasagne, Cannelloni, Maltagliati… mmmm… simple and delightful. You would NEVER guess I am allergic to cheese eh?

Vegetarian Revenge – Better Living Without Chemistry – This is another book that emphasizes simplicity. It encourages the use of fresh, non processed ingredients and also has lots of low fat recipes. I really appreciated the soups and also the delicious fruit salads. If your fruit salads need some “punch” then you may like the Apple Celery Salad, the Orange Daikon Salad, the Indian Banana Salad, and oooh baby the Pear-Grapefruit Pomegranate Salad. This is a good book for people who fear overdoing the fat… cause fat makes everything taste delicious but too much.. well you know.

Vegetarian Cooking A Common Sense Guide – I LOVE the binding on this book. It is spiral bound inside a hard cover so you flip open to the recipe you want and it lays flat on the counter. Why do most cookbooks NOT have this feature?? Every single recipe also has a picture.. another awesome feature. The book has over 350 pages of various veggie recipes with all sorts of ethnic influences but it keeps things simple too. I like the Asian recipes especially… the Mini Thai Spring Rolls, the Udon Noodle Sushi Rolls, the Vietnamese Noodle Salad, etc. I find the Asian recipes are more likely to get my hubby’s interest since we used to order Chinese or Thai Takeout like nobody’s business when we first got married. Brings back fond memories of eating takeout in our first place… which was actually a sauna converted to a two room apartment. Good times. :)

Betty Crocker Easy Everyday Vegetarian – Honestly I haven’t made even one thing in this book yet. Think I got too many cookbooks? It has gorgeous pictures and the Betty Crocker name with its traditional feel made me think of comfort foods. Hopefully I can dig into this one soon.

The Ultimate Book of Vegan Cooking – I like this one well enough although I think the best part is the info in the opening chapters about the vegetarian lifestyle and the nutrition derived from all the different ingredients used in the book. You can’t go wrong with the the simple and flavorful  Black Beat Hot Pot or the Carrot and Nut Biryani. It also has yummy dessert recipes, including one for RAW Key Lime Pie! I couldn’t find this one online but I found mine for only $5.99 at Borders.

Now on to the giveaway! I have a copy of The Kind Diet that was sent to me by the publishers. Since I already have the book I am passing it on to one of you. To enter just leave a comment. For extra credit you can tweet about the giveaway, link to it on Facebook, Stumble it, Digg it, etc. Just leave a separate comment for all the extra credit stuff you did. A winner will be announced on Friday, December 11th! Good Luck!

Disclaimer – The Kind Diet giveaway book was sent to me gratis via the publishers, as mentioned above. I also received the Vegetarian Revenge and Blue Heron books gratis, either from the publisher or the author.