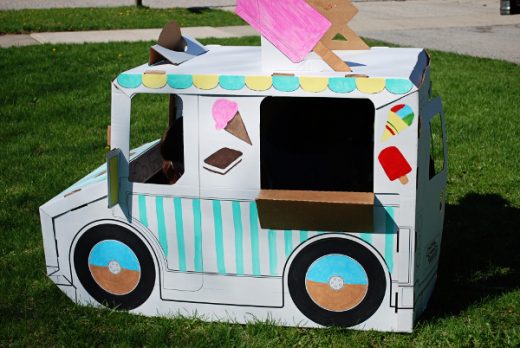 We have owned several cardboard toys from mini treehouses and castles to spaceships to actual child size play houses. I like cardboard because it is recyclable or compostable and durable enough for kids to fully enjoy it before it needs to be tossed. You can also paint them all sorts of groovy colors and customize the way they they look.

These days my kiddos are playing with a cardboard ice cream truck courtesy of Build a Dream Playhouses. They graciously offered to send us one on the house and I knew my kids would get a kick out the truck as opposed to their other (but equally fun) cardboard toys.

It came in a fairly large but skinny box and my kids loved playing with that too. I had my husband put it together cause that’s how I roll. It took about 10 minutes I would say. We noticed right away that the truck comes out of the box plain so that it can be an ice cream truck like we have OR an ambulance… it came with a few extra pieces for that, if you want to go that direction. That is why they call it The Imagine Wagon as opposed to the Ice Cream Truck.. pretty clever I think. This giant truck sat on our kitchen table for about a week while I painted in spurts.. with the kids helping of course. I picked the yellow and teal color scheme for the truck and my daughter chose the ice cream flavors. 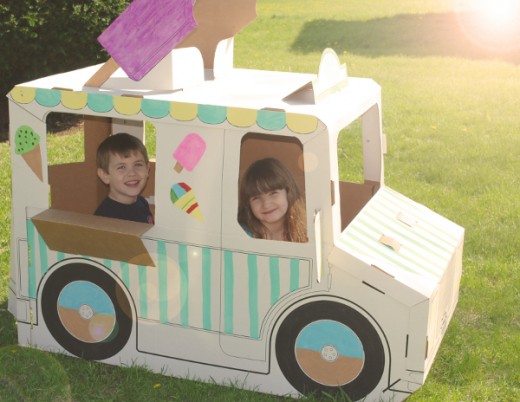 We used water based acrylic paints and it dried very fast. It was also pretty easy to paint since we had it up on a table. The most time consuming part was painting the ice creams on the side of the truck.. the sno cone, ice cream cone, ice cream sandwich, and the popsicle. They had to drawn by hand but it was easy enough after I printed some vector images off the computer and then traced them onto the truck. Then I painted over where I traced and voila. I think they came out very well. My oldest son claimed that I was a big fat liar for claiming I was not artistic. Ha! I would not go so far as that but it was a nice if not slightly insulting compliment. They still need to paint the inside dash with markers and it will be all finished.

After it was all painted it hung out in the garage for far too long as we waited for a non rainy day to play with it. But that sunny day finally came! 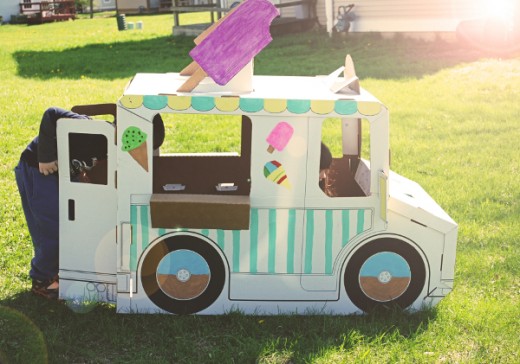 They LOVE it! But I knew they would. I also figured it would draw other kids and boy did it. At least half a dozen other kids made their way over to play with it in just a few minutes. It was a big hit. They all took turns pretending to order their favorite items. 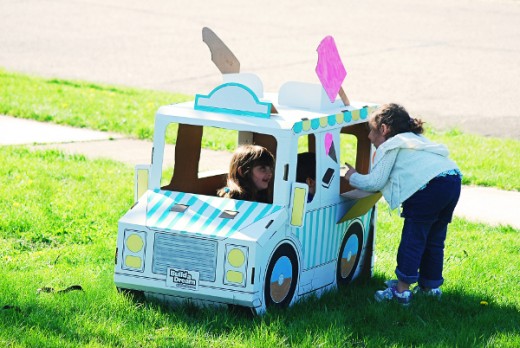 My only criticism is that the big Popsicles on top come off really easy when it moves or the wind blows. The sides can cave in a bit when kids move around it from inside, like they are driving. The design in those two ares could be a tad sturdier. Stickers would nice for parents that don’t want to hand paint the ice creams but in the end I am glad I had to paint them. It was a lot of fun.

There are many other options other than the ice cream truck too. My kids woulds also dig their lemonade stand, their play kitchen, and their space rocket. In fact we may need to buy that space rocket or Cosmic Cruiser as they call it, soon. I see a lot of open ended “pretend” play with these toys, which is the best kind. I also love that they were designed by a Cleveland Dad, very cool. These playhouse definitely get an enthusiastic thumbs up from us! 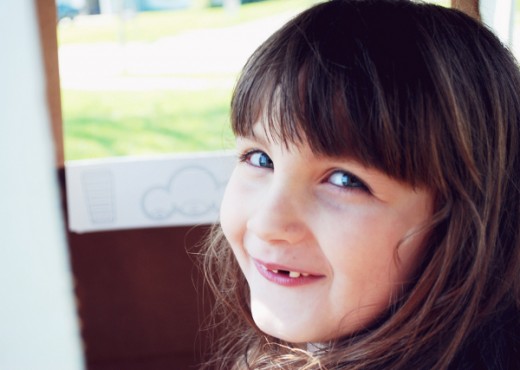