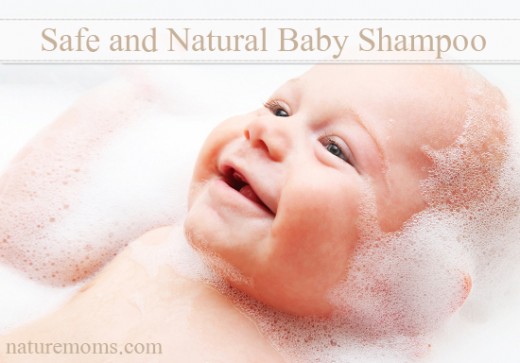 It was about two years ago now that I wrote about the issue of toxic bubble bath. That post was spurred by a Campaign for Safe Cosmetics report that highlighted known carcinogens in baby bath products and Johnson & Johnson appeared on the report several times. This just happened to coincide with a blogger campaign the company was running, trying to get mom bloggers to endorse their products. I was pretty livid at the time and while I hoped that J&J would clean up their act, I highly doubted they would. The Campaign for Safe Cosmetics called upon Johnson & Johnson to reformulate its baby shampoo and remove formaldehyde releasing chemicals. So did they?

Yes and no it turns out.

Between July and October of 2011, the Campaign for Safe Cosmetics reviewed labels of Johnson’s Baby Shampoo sold in 13 countries to see if the products contained quaternium-15, a chemical preservative that kills bacteria by releasing formaldehyde.

Obviously, it is possible for Johnson & Johnson to make baby shampoo without formaldehyde, and that’s what the company should be doing in all countries.

Wow. They prove that they can in fact do the right thing and make a safer product but apparently have decided to do so only in the countries with tougher product standards. American babies still get the cancer causing chemicals. Only after this latest report came out has J&J promised to phase these chemical nasties out of their products worldwide but I think a boycott is in order until they do. There are plenty of other companies who were ALREADY doing right by babies and they should be the ones rewarded with our patronage.

A better brand to try:

In particular you might like the Angel Baby Shampoo & Body Wash. They also have some great soaps and washes for the whole family, mom approved.

They smell great, they work, and they aren’t filled with questionable and potentially unsafe ingredients. A+

For a budget alternative you can do what I personally do and use Dr. Bronner’s liquid soap. They have an unscented variety for babies. We use the peppermint. I dilute a few squirts in some water and usually add some essential oils as well, inside a Ball jar. The jar sits next to our shower and we shake it up and pour a tablespoon or so into our hand and then use on our hair and bodies. Works like a charm and my kids get snarly when some other shampoo product makes an appearance. They prefer the Dr. Bronners.

Do you have any alternative suggestions?