↑
You are here: Home / Health & Healing / The Health Benefits Of Neem 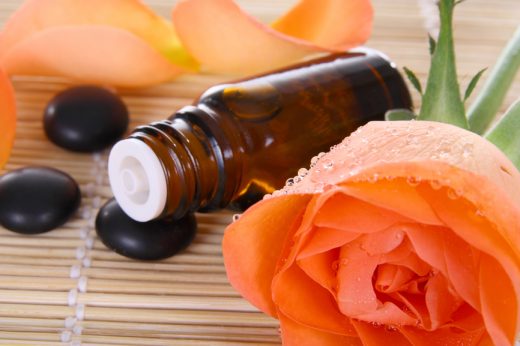 Neem is a tree in the Mahogany family and all parts of this tree, oil, bark, leaves and fruit, have long been used for medicinal purposes in India. The health benefit claims of Neem range from helping dry skin to treatment of diabetes and certain kinds of cancers. Unfortunately, there have been few scientific studies done on the various components of this tree so there is little scientific evidence to support the health benefit claims of Neem.

However, when you look at the fact that Neem is anti-bacterial, anti-viral, anti-septic and anti-fungal common sense will tell you that Neem would have certain health benefits as an anti-septic spray helping to fight and prevent infection. The anti-viral and anti-fungus properties make it a good choice to clear up nail fungus. And when used as a skin cream/oil it can ease itchiness, redness and dryness. A good product for itchiness is the Neem based Anti-itch Formula from Daniel’s Promise. We got to use some at the tail end of summer and it seemed to work well for my oldest boy, who is like a bug beacon. I have also been using it with success on dry and itchy winter skin with success.

But, perhaps one of the best health benefits of Neem is it’s use as an insecticide. Unlike most insecticides on the market today that use harmful chemicals Neem uses no harmful chemicals and is perfectly safe to ingest yet it has been proven to be an effective insecticide which means that eating produce treated with neem can be made safer and healthier than ever before. In addition, because Neem is not harmful to animals or to the environment using it as an insecticide protects our ground water and the rest of our environment as well as reducing the chemicals in the soil and the water. The result is not only healthier food to eat, but, healthier water to drink as well.

While it has not yet been proven it is also believed that Neem can modify imbalances that cause diabetes, digest ailments, and some nervous disorders as well as it may be a natural contraceptive. It also works as a natural insect repellent for both adults and children and may help prevent a number of skin disorders. Neem may also prevent plaque.

While most of the evidence supporting the health benefits of Neem is based on centuries of anecdotal evidence it should be understood that this is often the case with any kind of herbal medicine. The fact is, most of the medicinal qualities of Neem were discovered long before modern medicine and for many years modern medicine focused it’s studies on developing synthetic medications that mimicked the characteristics of healing plants rather than study the plants themselves. It has only been in recent year with so many synthetic prescription medications coming under fire for their dangerous side effects that scientists have begun studying the healing plant themselves to determine their benefits.

While Neem may not have all the health benefits that anecdotal evidence proclaims but, there is little doubt that this plant and all it’s parts have many health benefits both for us and for the environment.