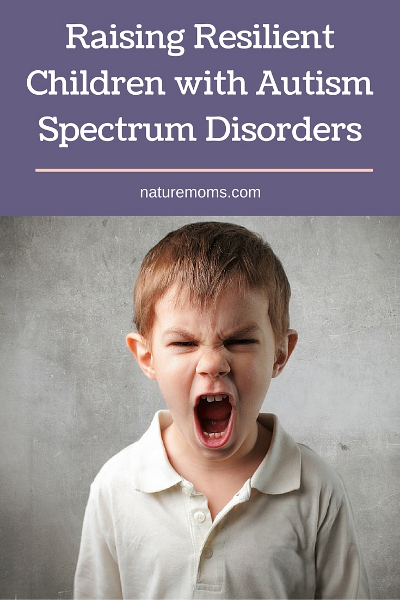 Our life with autism… I don’t talk about this subject much and that is because it is very uncomfortable for me. It means walking a fine line between sharing my life and sharing too much about my children, who deserve privacy. It also means letting my dirty laundry air, so to speak, and admitting to everyone that our family life isn’t pretty. Hopefully I can tread well with this post and not think I need to go back and edit out various parts. ;)

This past week has been a roller coaster ride of emotion for me. I had a very long chat on the phone with one of the school psychologists who will be working with my youngest son during his transition to Kindergarten this Fall. I will also meet with her and some of the others who will likely be working with him, this morning. I think she wanted to prepare me to hear some difficult things but this has actually been a long time coming. My youngest (6) has been in a special needs preschool program for three years now. He has a speech therapist and an occupational therapist. We have not yet sought that official medical diagnosis but I have known for a very long time what the problem is…autism. With a 12 year old autistic son we know well what it looks like. At any rate the psychologist told me that he would most likely be getting an “educational diagnosis” of autism from the school, so that they could plan his IEP and services accordingly.

I was disheartened to hear that he has actually regressed quite a bit this year and it confirmed what I also noticed. The boy who could count to the mid teens last year is lucky if he can count to five now. His hyperactivity has increased and his ability to follow directions has decreased. His temper flares are getting worse even if his social interaction is getting better. He has many, many challenges to face and they are very different than what our other autistic son faces. It was this “new territory” that has made me want to read up on autism spectrum disorders more.

Both our boys have two very prominent common denominators and #1 is social awkwardness. They do not know how to read social cues, pick up on how others are feeling or reacting to them, or communicate and make friends with other kids easily. This makes them the “weird” kid in school. What comes so natural to many kids, the ability to interact and connect with others, is hellish and frustrating. It also means it is easy for them to be either the bully or the bullied. My oldest has been both. My youngest has also been bullied but so far cannot even recognize that he is being persecuted. They are just THAT out of touch with social situations.

#2 is devotion or obsession with certain hobbies and topics to the exclusion of everything else. With my oldest it might be fishing or paintball. With my youngest it is dinosaurs. These are the only things they want to talk about and can do so for hours, literally, much to the frustration of other kids they come into contact with. Because of issue #1 they never understand that give and take requires them to actually talk about other people’s interests too. It just never occurs to them that others may not like these subjects or not want to listen to a two hour lecture about them. As far as they are concerned the world revolves around them and their interests.

There are also numerous differences in their disorders though. My youngest paces, waking back and forth across rooms constantly, for hours at a stretch. He will pace until he literally collapses in exhaustion. My oldest makes wild hand gestures and clicking sounds. He will also emit high pitched screams out of the blue and for no reason. He is often not even aware that he did it. The 6 year old has to micro manage every detail of his day, picking the exact episode of Team Umizoomi he has to watch and the exact food he must eat and will choose not to eat if you don’t have what he wants. The 12 year old has a fear of crowds and will insist on wearing hooded jackets even in summer so he can “hide” from other people in crowded areas. All of this makes daily life challenging but ironically this is the easy stuff.

Our oldest boy has issues with being violent and abusive. He has ODD as well as autism. We have tried counselors and psychiatrists and we even tried medication for a brief spell. I often tell people it is like living with an abusive spouse only it is your child. I have been tackled to the ground in the past but more frequently I am called every horrible name in the world. Asking this child to do the dishes will result in a 10 minute tirade about how I am too stupid, lazy, and disgusting to do anything for myself. In general he seems to have very misogynistic attitudes about women and his sister is also a victim of his horrible commentary.

On the plus side though this kid is wicked smart. Even at 12 years old he can tinker around with electronics and fix them. He recently fixed the mood lighting in our conversion van. He builds amazing things with blocks and Legos and he is way beyond his grade level in science and math. When he is actually interested in something he is also a very hard worker.

My youngest son is a very lovey dovey and prefers women to men. Although I think he has learned a bit too much from his older sibling of late. His quirks are much more manageable in comparison but I think he will ultimately be considered academically handicapped.

How in the heck do you handle two very difficult boys with very different manifestations of this same disorder????? I liked the 8 guideposts from Raising Resilient Children with Autism Spectrum Disorders:

The book has a lengthy chapter to discuss each and they were incredibly helpful. I struggle with finding ways to show that I accept my boys for who they are without also giving them the impression that I accept certain unsavory behaviors or “tics”. I also struggle with empathy when I am feeling attacked, as I often am.

The only thing I would have liked to see is info on how to become more resilient as a parent because I think that is “key” to dealing with children with these kinds of issues. You have to be in a good mental and physical place yourself in order to devote the kind of energy it requires. Two years ago I literally felt like I was drowning with the stress of being a mom to these two special boys. My husband has always worked over the road, or second/third shifts so I have essentially been single parenting for the majority of the week for years. I had a wake up call that spurred me to join a gym and start taking time away for myself more often. I decided it was time to get a bit selfish and demand time for myself. It was literally the best thing ever. Once I felt better, I coped better and I parented better.

Typically I avoid reading autism books because I think I deal enough with these issues every single day but this book really helped me work through some things in my mind and I would like to find more. Do you have any autism book recommendations for me?