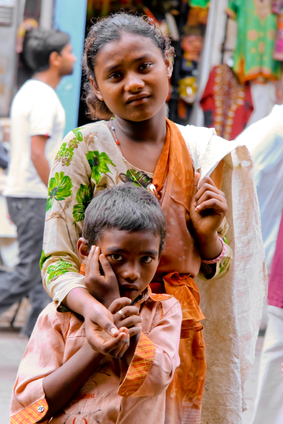 The whole family was home for the long weekend of late. Other than an all day event on Saturday we had nothing much to do so we cuddled up during the cold snap with some NetFlix movies. One of the movies I selected was Whistleblower with Rachel Weisz. I kept seeing this title pop up as a suggestion I might be interested in based upon my previous viewing history and I love Rachel Weisz so I gave it a shot. I was not prepared for how angry this film made me. The movie itself is great, I highly recommend it. The subject matter is sure to infuriate you though.

It is essentially the story of one woman’s crusade against human trafficking in postwar Bosnia. She enlisted as a UN peacekeeper primarily for the money it would provide only to discover that many of her fellow peacekeepers had discovered the profit in the local sex trafficking rings and were using their resources to provide protection for these beastly enterprises. They knew full well that their diplomatic immunity made them untouchable. The very people sent to protect the innocents of a war torn country were actually there to help ravage them.

So other than recommending a powerful movie about an important topic…where am I going with this?? Well, January is  Human Trafficking Awareness Month and you may not even know it but this issue is not relegated to some corner of the world far, far away from you. It’s here. It’s in your backyard. We all need to raise awareness about it, educate ourselves about it, and DO something about it.

According to UNICEF there are 5.5 million children who are victims of forced labor and child trafficking. They are being sold into prostitution or being forced to work as slaves. Yes, much of this is happening beyond our borders but thousands of these children do live right here in the United States and I am sure you believe as UNICEF does that ZERO children should suffer this way. These kids are being lured away with promises of a better life, materials goods, fake marriage proposals. etc. Then they are quickly enslaved in pornography (a big $ industry here in the states), prostitution, sweat shop work, migrant farming, and begging rings. Other possibilities for slave labor in the US include traveling sales crews and domestic servitude.

It sickens me to think that a child who approaches me here or while visiting another country and begs for money may actually be forced to do this or risk punishment on top of the neglect, poor diet, and unsanitary conditions they must already live with. I have actually been approached by begging children while visiting another country and it never even occurred to me to think that child trafficking may be a possibility.

That is really what UNICEF’s initiative this month is all about…raising awareness and making people think about the issue and how it may be at play around them or how they may be inadvertently supporting enterprises that traffic children. I highly recommend downloading the Toolkit with 20+ ways to take action. It is a four page read and very important with 20+ tips for taking action. There are some tips there about changing your consumer behavior and how that can have a direct and important impact on human trafficking. There are also some events and organizations we can support that are doing amazing things to end the slavery. That’s your homework today…read the toolkit and think about what YOU can do because you CAN do something.

We could eradicate slavery. The laws are in place. The multi-nationals, the world trade organizations, the United Nations, they could end slavery, but they’re not going to do it until and unless we demand it. – Kevin Bales, Free the Slaves

This post was written as a member of the Global Team of 200 a group of mom bloggers banding together to work for social good.