↑
You are here: Home / Environment / Protecting our Babies and Belugas from Arctic Drilling 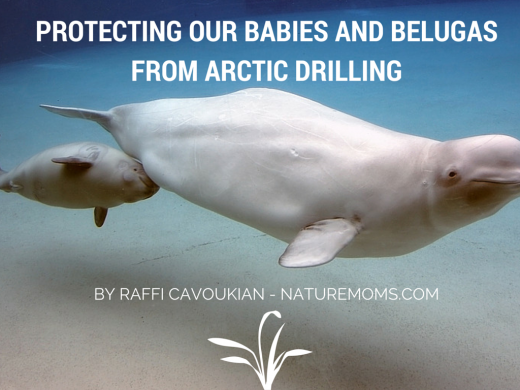 Protecting our Babies and Belugas from Arctic Drilling – by Raffi Cavoukian

For 40 years I’ve been a children’s troubadour, best known for “Baby Beluga”—a song I’ve shared in concert with fans all across America. To this day, kids continue to inspire me. They speak freely from the heart, expressing pure joy, calling out an injustice, or asking a question. And they ask the best questions! Thinking of my young fans, I reacted strongly to a critical decision made this week affecting the fate of the Arctic.

In January’s State of the Union speech, President Obama said loud and clear that “no challenge poses a greater threat to future generations than climate change.” Just a few days later he announced new protections for the beautiful Arctic National Wildlife Refuge (ANWR) in Alaska, an area that’s already showing serious signs of climate change. The picture looked hopeful: a leader with the clear intention to honor the next generation by protecting our planet so it can nurture them.

Just two days after protecting the ANWR, President Obama proposed opening up areas off the Alaskan and Atlantic coasts to oil and gas leasing. Some of these waters are right off the shore of the newly protected Wildlife Refuge. So an oil spill here would be the equivalent of declaring half your cup of coffee “protected” while pouring sour milk into the rest—the whole thing would be ruined. But unlike a coffee, the Arctic is irreplaceable. I can hear the intelligent question any child would ask on hearing about this: “Why would the President do that?”

Fast Forward to this week: President Obama just approved plans for Shell to drill for oil in the Alaskan Arctic, knowing full well that there’s a 75 percent chance of a major spill if oil is pumped in U.S. Arctic waters. Such a disaster would be impossible to clean up; current oil spill response technology can’t even be deployed in the Arctic for most of the year!

The President’s decision to give Shell the keys to the Arctic affects me personally, as it will the millions of children and parents for whom I’ve made music. We have been united by a love of beluga whales, known as the canaries of the sea for their sing-song calls. Shell’s plans to drill in the Arctic pose a grave threat to our beloved belugas, and more.

Twice a year for their annual migration, belugas pass through the Chukchi Sea, close to where Shell will start drilling activities this summer. President Obama’s own experts have said that exposure to crude oil could be lethal for beluga whales, while the water pollution created by an oil spill would potentially ruin the quality and quantity of food for any remaining belugas. Bowhead and grey whales are also regularly present in these waters, as are seals, fish and birds of many kinds. During early spring and summer months, nearly the entire population of Pacific walrus can be found in the Chukchi Sea, which could be extremely vulnerable to a large oil spill at this time, while many birds may not survive a spill at all. Indigenous peoples in the Arctic depend on many of these species. A spill would destroy their livelihoods.

Another serious area of the concern around oil exploration activities in the Arctic is that whales may need to avoid certain areas where there is a lot of human activity, thus disrupting their feeding and migration patterns. In particular, drilling noise, ship noise, ice-breaking activity and seismic testing have strong potential to disturb whales who are very acoustically sensitive. The planned seismic testing uses an “airgun” which is a loud sound source suspended underwater; the sonic equivalent for the whales of a rocket being launched out of your living room every 10 seconds, 24 hours a day, for days to weeks at a time. We don’t know what this disruption will ultimately do to whales’ chance of survival, but the immediate effects of airguns can result in a deaf whale, which is a dead whale.

As part of gaining permission to drill in the Arctic, Shell had to apply for “Incidental Harassment Authorization”, which in plain English is a permit to harass the wildlife that they come across, even if the animals are nursing, breeding or feeding. Thousands of whales, seals and other animals fall within this jurisdiction.
For decades I’ve paid tribute to the magnificent belugas. In recent years, I’ve spoken out about the importance of 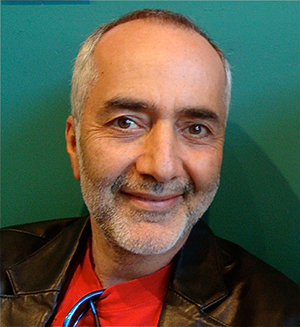 honoring the world’s children with a healthy planet. Shell’s plans are at odds with both of these endeavors. This isn’t just about the future; the Arctic is melting irreversibly, right now. So, like any child would ask, I too, look at the prospect of drilling for oil in the Arctic and ask “Why would we do this?”

If you’re moved by this story, why not sign this petition?

Raffi Cavoukian is an internationally renowned children’s entertainer with string of gold and platinum-selling recordings, who has been performing for over four decades. Follow him on Twitter @Raffi_RC