↑
You are here: Home / Political Action / A David and Goliath Story 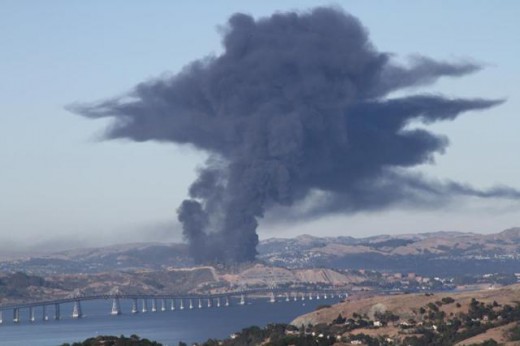 The battle for climate justice seems to be a losing one, but every once in a while the good guys get a win. This is the story of what happened in a small Bay Area city.

In 1989, 1999, and 2012 there were explosions and fires at an oil refinery run by Chevron in Richmond, California. These events have caused over 15,000 citizens to need care for burns and the effects of inhaling noxious fumes. For this community the fire in 2012 seemed to be the last straw. In 2013 they banded together and sued the Goliath-like company.

As you can imagine, Chevron did not take kindly to this lawsuit. They began to take measures against the local government in Richmond. Chevron poured 3.1 million dollars into the local  elections in 2014, even producing attack ads, hoping to get more “friendly” politicians in place. Although that is a lot of money, this community would not be intimidated. They showed up to vote, and were triumphant. All of the Chevron delegates lost, but it didn’t end there. These events spurred the community to start a program called Climate Justice, including turning empty lots into gardens and organizing events sponsored by local green companies to raise environmental awareness.

Bio: Frank Bozzo is the Social Media Coordinator for This Planet, a series of short video stories that draw on the best new content and surprising facts about climate, energy and innovation.