↑
You are here: Home / Health & Healing / Why It’s Important To Seek Treatment For Depression 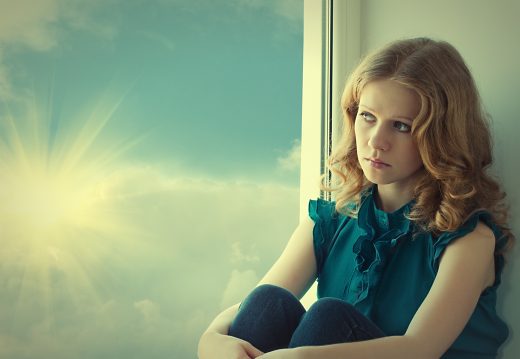 According to the study in 2017, depression is a common illness worldwide, with more than 264 million people affected. Depression is different from normal mood changes and short-lived emotional responses to challenges in life. When depression lasts for a long duration and shows moderate to severe intensity of manifestation, then it may become a serious health condition. The affected person may poorly function at work, at school, and in their family. Sometimes, depression may lead to suicide. The World Health Organization (WHO) estimated that about 800,000 people die due to suicide annually, and it’s the second leading cause of death of people ages 15 to 29.

There are known effective treatments for mental disorders such as depression. However, 76% and 85% of people in low and middle-income countries receive no treatment for the illness. The possible barriers to an effective intervention include a lack of resources, trained health care services and the social stigma associated with depression. Another factor is an inaccurate assessment. Most individuals with depression aren’t appropriately diagnosed, and those who do are prescribed with inaccurate anti-depressants.

Proper treatment of depression is essential in maintaining the overall well-being. It’s as important as monitoring one’s weight and checking the cholesterol level of the body. When you feel depressed and feels like there’s no hope, don’t hesitate to look for help. The Jackson House offers depression treatment that includes Cognitive Behavioral Therapy (CBT), Dialectical Behavior Therapy, Medication Management, and Stress Management. These processes can treat the most severe forms of depression and may help the patient find joy again as it brings back to life. Furthermore, treatments for depression can be customized based on the clients’ needs.

In this article, you’ll appreciate the importance of seeking treatment for depression. Untreated individuals may experience the following adversities below:

Depression is often associated with emotional pain like crying, sadness, and feelings of hopelessness. However, research showed that depression could also manifest physical pain to suffering individuals. Here are the common physical symptoms caused by depression:

Fatigue or Consistent Lower Energy Levels: Fatigue is common to people when stressed from hard work and it’s usually accompanied by low levels of energy and feeling sluggish. Simple rest and some forms of entertainment may relieve the pain.

However, depressed-related fatigue can cause concentration problems, feelings of irritability, and apathy. The study further points out that depression may lead to non-restorative sleep, feeling sluggish even after getting a full night of rest.

Though fatigue can be attributed to viruses and infections, and it’s a challenge to discern the cause of it. One thing for sure, depressed-related fatigue is associated with symptoms of sadness, and lack of pleasure in daily activities.

Decreased Pain Tolerance: Depression and pain often co-exist when you feel you’re your nerves are on fire, and you can’t identify the real reason for pain. A 2015 study revealed the correlation between depressed people and decreased pain tolerance. The results showed the abnormal processing of stimuli in depressive disorders.

Nevertheless, research suggested that anti-depressants may help relieve depression and can act as an analgesic counteracting pain.

Back Pain and Aching Muscles: Back pain can be a symptom of psychological disorder. Research on the connection between depression and the body’s response to inflammation is still ongoing. Psychologists believed that emotional issues could cause chronic pains to a depressed person.

A 2017 study suggested that inflammation may have something to do with the neurocircuits in the brain. The brain signals are interrupted by inflammation brought by depression.

Headaches: Depressed-related headaches often occur daily and persist for a long duration. The National Headache Foundation described the pain as “tension headaches” with a feeling of a mild throbbing sensation, particularly around the eyebrows. These types of headaches can be relieved by over the counter pain medication, but it recurs regularly. Severe depression may result in chronic tension headaches. Of course, the depressed-related headache is often accompanied by feelings of sadness, irritability, and decreased energy as well.