↑
You are here: Home / Health & Healing / Eating the Natural Way 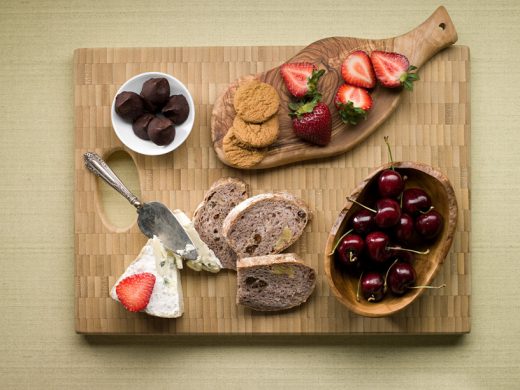 Do you ever stop thinking that our body is a master a piece, the product of billions of years of evolution and that we are of the most elegant and highly evolved species of this planet Earth. Our environment, lifestyle, diet and even thought affect our well-being every day. By living healthfully we can take responsibilities for improving our entire being which can actually improve your genetics in a process of evolution. Or, by living unhealthy we will likely incur weakened and even derange genes in a sad process of de-evolution, culminating in failing vitality, illness and early death.

One of the biggest factors in living a healthy life is our diet. It is actually the food that keeps us alive and at the same time kills us, with all the chemicals that are being put into it. We can protect ourselves by learning more about hidden facts of the food we consume every day, but the best way to protect us is to change our diet by switching to organic whole food products. Organically grown food is food grown without pesticides or artificial fertilizers and has not been treated with preservatives, hormones, antibiotics, etc. It is grown in soil whose humus content is increased with application of natural mineral fertilizers and of course is more nutritious, fresh and eating it, is vital to good health. According to International Federation of Organic Agriculture Movement, organic farms draw upon local resources rather than importing long distance and reestablish the health and the quality of the soil, rather than raping it of its nutrients. They also reduce the poisoning of earth, water, food and wildlife, as well emphasis is placed on nutritional content rather than the appearance of foods.

The last thirty years has been witness to the fastest growth of agricultural chemicals ever to be dumped on our planet’s soil. It is estimated that, world wide, the agricultural chemical industry is producing about 45,000 to 50,000 different pesticides based on approximately 6oo active ingredients. One of them is called Insecticides, which kills aphids, weevils and other insects including the insect’s predators that feed on them. This particular pesticide causes liver failure among humans. An other substance that has been put in our food is called Rodenticides, which is designed to kill rodent. It contains anti-coagulant, causing the animal to bleed to death, such as warafin. The third dangerous substance is called Fungicides, which kills fungi that infect growing crops, fruit and stored seeds. For this reason they are sprayed directly onto the part of the food that is to be eaten. The use of fungicides has doubled every year for the past twenty years.

Most people’s concern about organics food is centered on fruit and vegetables. Although these crops are subjected to an array of chemicals the real problem appears to be the meat and dairy. This is because most pesticide residues are known as lipophilic, which means they are attracted to fat. They lodge in the fat tissues of the animal, bird or fish becoming more and more concentrated as they move up the food chain. The Center for Science in the Public Interest, who is a consumer watchdog group, reported that pesticides residues are more frequently found in meat, poultry, fish, butter and lard than in fruit and vegetables.

The London Food Commission did an in-depth study on the ingredients currently permitted for the use in pesticides manufacture. The results revealed that almost 40% of pesticides currently in use will damage the body in at least one way. Of the 426 chemicals listed 68 were found to be carcinogenic, 61 capable of mutating genes, 35 to have various reproductive effects ranging from impotence to birth defects and 93 to cause skin irritation and other symptoms. Of all the studies researched by different research groups, the condition most frequently referred to in relation to agricultural chemical is cancer.

Examples of people living in excellent health are not very common in our society today. It is most ironic that we have the highest economic standard of living in the world, with access to high quality foods, living conditions and accurate health information, we are a society of predominantly chronically sick people. Our hospitals are always full of repeatedly sick people! Some people argue, “but look at how modern medicine has helped us live longer lives, the doctors are keeping are alive much longer than our parents and grandparents generation.” Yes people, lives are being extended, but we need to take a close look at the quality of those lives. Do we know anyone over fifty years of age who does not regularly fell poor, does not have several health problems, a medicine chest full of pills and does not pay thousands of dollars each year in medical bills and insurance premiums. Does this picture of humanity make us wonder if something is wrong? Believe me, something is wrong! Humanity has grossly departed from its biological heritage and is not living in accordance with the natural order of life and the biggest departure is the diet humans eat.

After reading all these facts that are unknown for most of the people, it is now up to you to do decide, how you will continue to nourish yourself and your family. If you pick the natural way there is a much lesser chance of developing any kind of cancer or heart diseases. The results of changing you diet to organic will be there as soon as you start and you and your body will love the change. It is an unfortunate but realistic fact that money is more of a driving force in industry than health. If humankind is to survive, we need to reverse the destruction of the planet on which we live and reclaim our health. The choices we make today as consumers not only affect our own health, but have a profound impact upon our children’s futures. The best way forward is for all of us to develop enquiring minds, an unquestionable pursuit of that, which is in accordance with natural law and a mistrust of anything that appears perfect!

“Perfect health and joyous living are our birth right and we can all move toward their realization every day, on the glorious healthful living path!”