Is it getting chilly in your neck of the woods? It is here in central Ohio. I am already putting my energy savings and stay warm plan into action. This week I hope to sew up some rice bags that will be mini space heaters in our beds, some draft snakes for windows and doors, and some window quilts. Because we know it will be cold and snowy for many months I have also been thinking about how we can entertain ourselves without resorting to watching TV all winter. Yes, we will be indoors a lot but we can find fun things to do that doesn’t require a captive audience. And I say this despite the fact that a little birdy told me that Nana is getting us a Wii this xmas. Oh boy…

So as part of my xmas shopping I have been heavily researching cooperative board games. We have a few already for younger kids but not so many that will keep my oldest boy begging for more and none that my hubby and I could play alone after the kids go to bed. I want something fun, educational, and if possible, cooperative or collaberative rather than overly competitive. I think I will pick one or two up NOW though so we can get a jump on the season.. my oldest has gone fishing on his own every day for a month but the past couple of days the trips have been short since it gets cold and dark earlier.. soon he may not go at all.

Luckily I had a few good games in mind, suggested to me by some wonderful unschooling moms, and those opened the door to even more awesome possibilities. Here is some of what I found. They are not cheap like what you find at Wal-Mart but supposedly the quality leaves the usual Hasbro type games in the dust.

Shadows Over Camelot– This is a 90 minute game that takes you into the world of Camelot and Knights. It is collaborative and it would be especially good for us since we have been watching and enjoying the BBC show Merlin. Evil forces are gathering around Camelot – The Black Knight was sighted atop a desolate ridge a scheming Morgan plots her revenge; the Saxon troops are on the move; and acres of timber are being felled for the siege engines. And yet Lancelot has all but vanished, with Excalibur yet to be recovered. These are heavy times indeed. Will you, young squire, come forth and pledge allegiance to your fellow Knights at the Round Table? Is your heart of pure intent and ready to sacrifice for the good of all? Or will the dark promise of power seduce you into treason? As the incarnation of the Knights of the Round Table, players work together to defeat the forces closing in on Camelot. This game was recommended by a TV free family I met on another web site of mine… for its educational nature. I think the next one would be good on that count too. 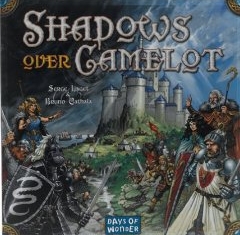 The Colosseum Board Game – My son and I watched a two hour documentary a few months back on the Colosseum and he was so enchanted with the structure and the world of ancient Rome that I ended up buying him several large Roman history books that he devours nightly. He is so much like me… I love ancient Roman history too and this game looks amazing. As commanded by the Emperor, Rome is in the midst of a 100 day celebration commemorating the opening of the greatest public arena ever conceived by man – the Colosseum. Players earn wealth and glory as one of Rome’s greatest impresarios by producing grand spectacles in the hopes of attracting the most spectators to your events. 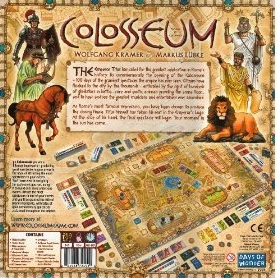 Another game I know my son would love is Cleopatra And The Society of Architects. He and I both can’t get enough of ancient Egyptian history, mummies, pyramids, Pharaohs, etc. And Cleopatra is a tie in to ancient Roman history as well. In this game, she calls on the members of the Society of Architects to build her a magnificent new palace in Alexandria – with a Pharaohs ransom to the design that pleases her most. It includes a true, three-dimensional palace that players compete to build. Players strive to become the wealthiest of Cleopatra’s architects by constructing the most magnificent and valuable parts of her palace. The twist however is that players will be tempted to deal with shady characters and trade in materials of dubious origins in order to help them build faster. 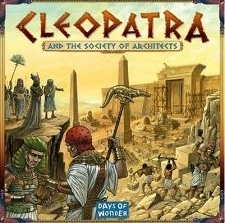 Ticket to Ride– This is a game recommended to me by several unschoolers. It is great for learning about geography. It is an award-winning strategy game that challenges players ages eight and up to complete multiple train routes connecting major cities. As miniature trains begin to populate the board map of North America, secret city-to-city rail connections are completed or hopelessly blocked by merciless competitors. There is also a Europe version. These might be just what you need to help kids struggling with their geography or social studies lessons or classes.

Carcassonne– Yet another unschooler recommendation… how it is they find these awesome games? The Carcassonne is a clever tile-laying game. The southern French city of Carcassonne is famous for its unique roman and medieval fortifications. The players develop the area around Carcassonne and build cities, roads and monasteries in the South of France. The skill of the players to develop the area will determine who is victorious. The game is for ages 8 and up and 2 to 5 players. Who do you think is going to know more about medieval history.. the kid in a classroom or the kid playing a strategic game set in that time period? This game is actually pretty cheap in price and I think it may be because there are many expansions packs you can purchase to add on to the game. 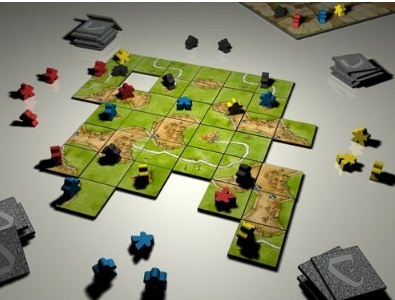 They look like fun right? What games to YOU play to keep everyone entertained when the weather is less than optimal?