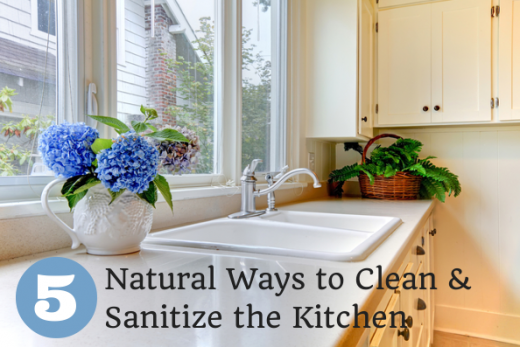 Food-borne illnesses often begin in the kitchen. Bacteria that tend to live in kitchens include staphylococcus, salmonella, shigella dysenteriae, and e-coli. These germs tend to proliferate on sponges and cutting boards, but they can be on countertops and other surfaces as well. I am less of a germaphobe since my green journey began and I fear the harsh chemcial cleaners more than most germs. Since meat rarely makes an appearance in our home anymore I don’t have to worry as much either but I still like to keep things sanitized… as long as it is done safely.

You can combat most kitchen germs with natural remedies. Here are some natural substances and their role in kitchen sanitization.

GSE is an extremely broad-spectrum antibiotic substance. It is made from the seeds (and sometimes the peel and leaves) of grapefruits and grapefruit trees. I use it in this natural carpet cleaner recipe.

According to author and herbal scholar Stephen Harrod Buhner, “GSE has been found to be more powerful as a cleaning disinfectant than standard hospital preparations.” In other words, it works better than the disinfectant the hospitals use! GSE is active against a large number of bacteria, including the ones listed above. It is even effective against haemophilus influenzae, which causes ear infections, sinusitis, and meningitis. To make a disinfectant spray, add 30 to 40 drops to 1 quart of water and shake.

An acidic solution, vinegar kills some germs and microbes and inhibits their growth – if it didn’t, it would not be used to preserve foods (think pickles). To make a sanitizing spray from white or apple cider vinegar, mix 1/4 – 1/2 cup vinegar per cup of water. You can add some essential oil of bergamot, orange, or lemon to this solution to make it smell good and add even more antibacterial action (bergamot is a citrus fruit and its essential oil has, like all citrus, antibacterial action). I use white vinegar in my own cleaning as well as Vinegar of 4 Thieves which is vinegar with clove, lemon, cinnamon, eucalyptus radiata, rosemary. I get the Thieves oil from Young Living. Love that stuff!

Neem oil comes from the seeds of a tree that is native to India, and is more than a sanitizer. It is also an insect repellent, and keeping insects at bay is an important component to kitchen cleanliness. It does not dissolve well in water without some sort of emulsifier, such as liquid soap. The best way to make a neem cleaner is to mix the neem oil in a vegetable-based, liquid soap such as castile (think Dr. Bronners). Then, use a few drops of this soap to clean your kitchen counters or try mixing the neem-soap mixture with water in a spray bottle. Shake it well. You can also use Neem Oil spray soaps in your garden and in the shower. I love Neem oil!

Don’t let anyone tell you that green means dirty and germy because it just isn’t so! My younger brother likes to call me a dirty hippie to bait me… well he got the hippie part right at least. 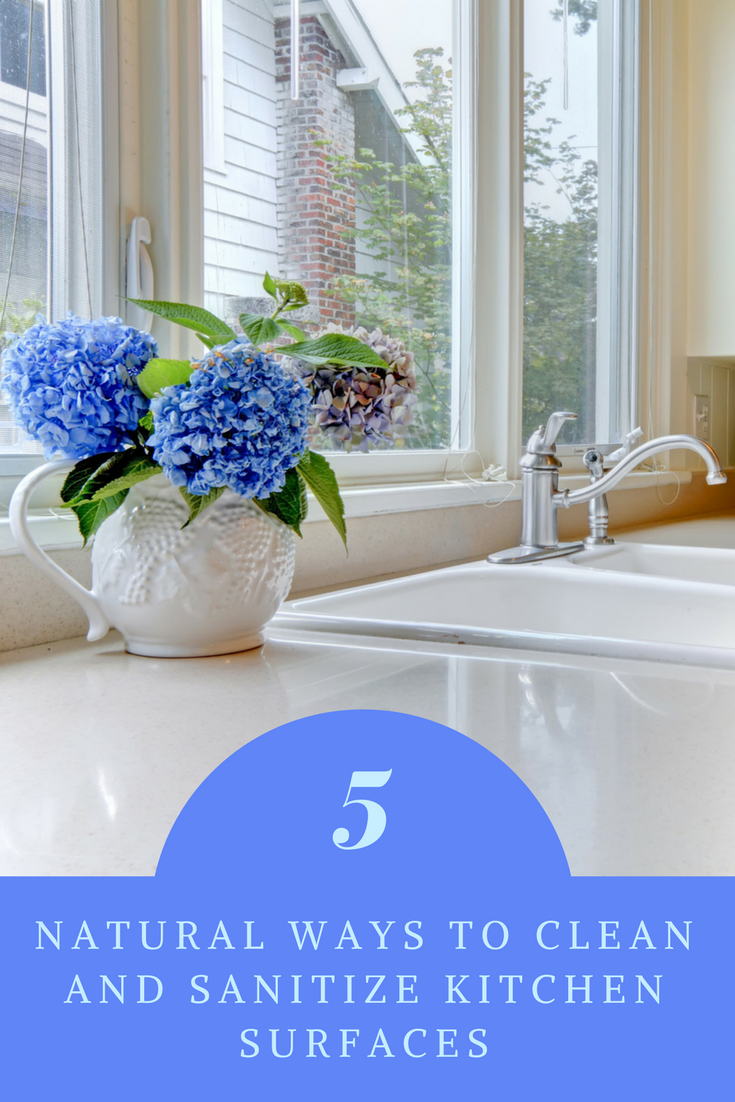