↑
You are here: Home / Essential Oils / The Healing Powers of Cinnamon 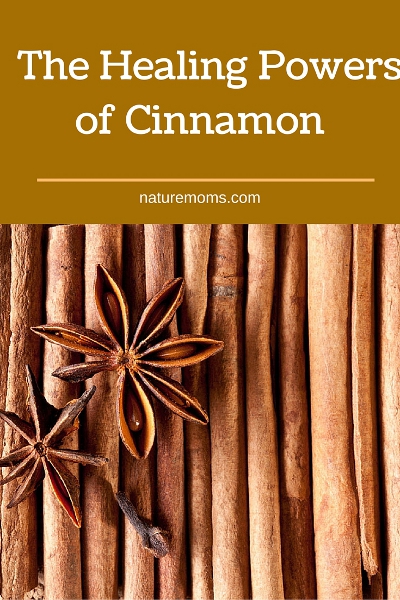 This time of year many people love to smell cinnamon and eat dishes that use this aromatic spice. We use it to bake apples, apple pies, pumpkin pies, etc. A house that smells of cinnamon makes us feel warm and content. It has a long history of use in baking yummy desserts and it is one of the oldest known spices. It has a long history as an herbal remedy for colds, flu, and digestive issues. I don’t think it is a coincidence that we gravitate towards foods with cinnamon as temperatures dip and the chance for exposure to colds and illnesses increases.

Cinnamon oil is 90% comprised of a pale yellow oily liquid called eugenol. This makes it antiseptic and antibacterial. This is also what is responsible for its reviving effects and immune boosting properties. The peppery, spicy aroma of cinnamon is perfect for helping to restore anyone who is feeling cold, weak, or tired. It has a stimulating effect on our mind and body and is thus effective in treating stress too. So how can you go beyond using cinnamon in your apple recipe to using it therapeutically?

Cinnamon oil is the most common way to utilize cinnamon but you might want to test a small section of your skin before you go whole hog, because it is some strong stuff and can cause irritation. You also should not use it while pregnant.

The essential oil can be placed in a carrier oil and then be massaged into the skin for help with digestive problems like irritable bowel syndrome, constipation and diarrhea. You can also put it on a warm compress for the abdomen. Since it is stimulating it can also be used on the extremities to improve circulation. Put some in a foot bath to revive tired or numb feet.

Use it as a room fragrance for a mood boost and to fumigate the room against infectants and illnesses. Cinnamon paired with a citrus scent like lemon or sweet orange smells divine! Cinnamon oil, tea tree oil, and lemon oil would make a great antiviral combo to go inside your vaporizer and hep fight against germs and bugs.

Inevitably when the germs start to make thier way into the house this fall and winter think about giving this medicinal herb a try. Enjoy!

Related: The Healing Power of Cloves