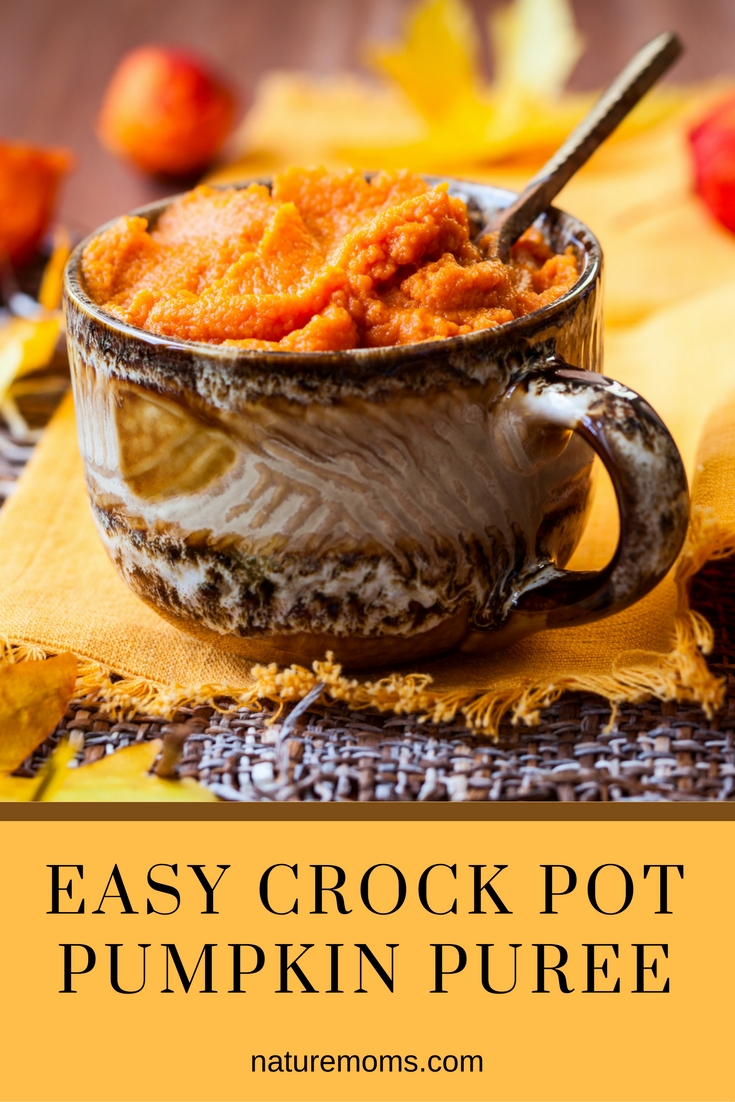 A few days ago I got a hankering for pumpkin soufflé. I haven’t had a soufflé in years and even then it was a savory mushroom soufflé, not a dessert. Yet for some reason I just had to make one.

The recipe called for canned pumpkin puree of course but I try to limit what we eat out of a can (BPA yo!) and would’ve had to make a special trip to the store. The store where I can buy organic pumpkin puree is even farther. So I decided to make my own puree using two pie pumpkins that had been sitting on my kitchen table for awhile. But how to make the puree?? Well, I am not for making things hard so I decided that I could delay my soufflé craving until the next day and simply slow cook the pumkpkins for the easiest homemade pumpkin puree evah. It was so crazy easy to do that buying canned pumpkin puree is just the height of silliness, at least when pumpkins are in season! 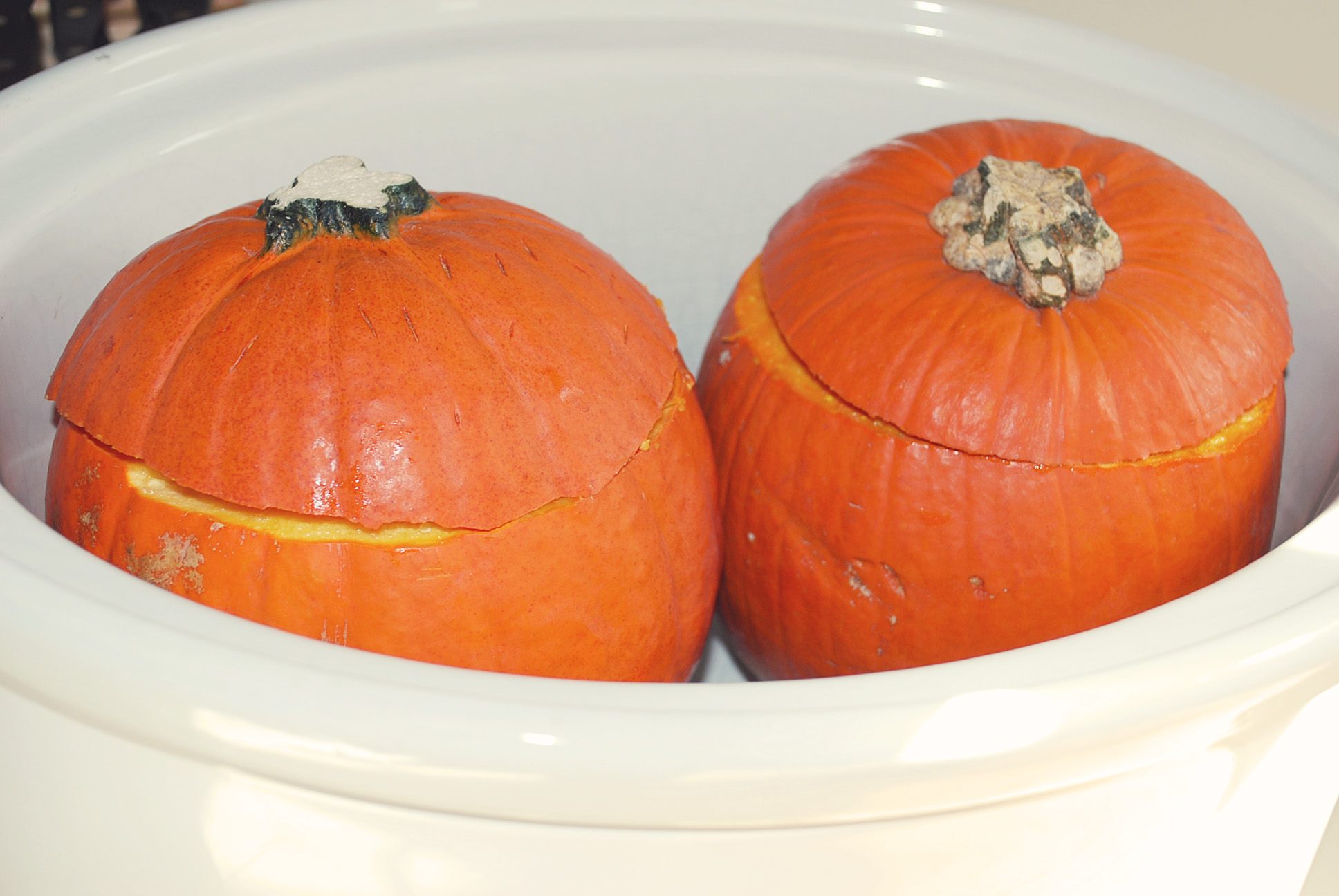 I made about 5-6 cups of puree with two regular size pie pumpkins. I just cut the tops off each one and put them in the slow cooker, with the tops loosely replaced, and cooked for 8 hours on low. 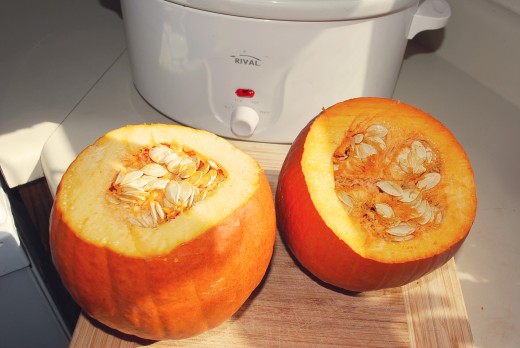 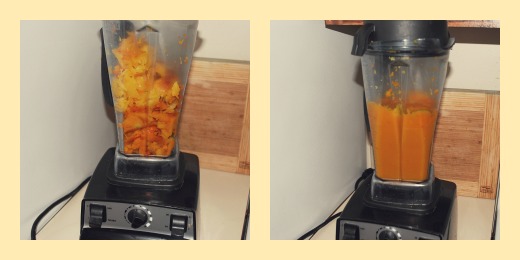 At this point it is all done and ready for storage in the fridge. We made pumpkin soufflé in individual ramekins (I love these Rachael Ray Stoneware Ramekins) two nights in a row. Tonight I am making a Harvest Chicken Soup with pumpkin puree.