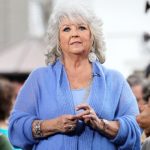 Over the weekend rumors were flying that Paula Deen was going to announce that she has developed Type 2 Diabetes. This is such a hot issue because in recent years she has been called out in the media, and by fellow Food Network chefs, for her food being so unhealthy. Today she did in fact confirm that she developed diabetes three years ago. The delay in the announcement seems clearly, to me at least, an attempt to buy time and figure out how to spin this and profit from it. In addition to … END_OF_DOCUMENT_TOKEN_TO_BE_REPLACED

I recently spent a few days at my parents' house a couple counties away. I always bring a few books with me and enjoy the unplugged time and this particular visit was no exception. Almost as soon as I walked in the door I plopped down on a recliner and pulled out a book I was excited to read, Wheat Belly by William Davis, MD. It was the second book I read in a week that dealt with the issue of eschewing grains from the diet (more on the other book later). For the new year I decided to make … END_OF_DOCUMENT_TOKEN_TO_BE_REPLACED