↑
You are here: Home / Eating Local / Vegetarians Please Stop Trying To Convert Me… 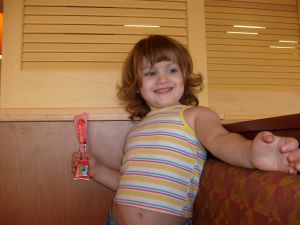 In my usual morning blog and email reading I came across a theme this morning. Several blogs I read contained posts about vegetarian eating and why it is healthier for body and planet. Mike Adams at News Target sent out emails about two of his new articles on why eating factory farmed meat is cruel and why animal activists and vegetarians are bashing Al Gore because he apparently supports a meat eating diet. I also received an email about a local vegan restaurant that just opened up.

The tone of some of the things I read bothered me a little. Why? Is it because I eat meat? No not really. I think my vegetarian friends are pretty great and since I used to be a vegetarian I can’t say that I don’t agree with some or most of the reasons why they have forsaken meat. I think it is because there is no balance within their arguments and it does not allow for the meat eaters in society to escape unscathed it they…like me…do their best to eat animal products ethically….organic, humanely raised, vegetarian fed, not antibiotic or chemical infused, etc. For example, a patron of the vegan restaurant I mentioned above said that she would enjoy eating in this new establishment because she would not have to dine with killers anymore. I can’t believe anyone would actually think that type of attitude would help their cause. If anything it made me rethink my decision to eat there next week.

This isn’t a black and white issue for me, for several reasons. If it revolved purely around environmental issues that “might” spur me to go vegan myself but there are also health issues involved and I just don’t think a diet without any animal products would be the healthiest thing for my family. Humans are omnivores…we are predisposed to eat animal products. I ate vegetarian for several years and my health suffered. I was weak, I had dark circles under my eyes, I was pasty colored, my fingernails were brittle, and my hair was like straw. I developed an immune disorder too. In fact, I found my appearance to be similar to one of the vegan celebrity spokes models I see touting the health benefits of vegan eating. She looks hot in a bikini I will give her that but overall she looks pasty and sick to me….no thanks.

I also had many doubts about the amount of soy that is typical of a vegan diet…soy milk, soy cheese, soy ice cream, tofu….that much soy is not good for you in my opinion and one Doctor that I greatly respect feels that it is just downright dangerous to be consuming so much soy. I read a book not long ago called Full Moon Feast which discusses the human diet and eating with the seasons and it had some interesting information about the fact that no healthy vegetarian groups have ever been found. Here is a little quote:

As far as I know, there is no evidence of a thriving, vegan culture that has been able to provide adequate nutrition to its people generation after generation. Every group Price studied not only valued animal products for their nutrient density, but also made special arrangements to ensure that all members of the community had at least periodic access to them that would not be interrupted by war or weather.

But that being said I do happen to agree with many of my meatless friends about how devastating consuming animal products can be to the environment and how cruel it can be as well. One of my college reports was on the impacts of meat packing companies and I made a lot of references to Upton Sinclair’s book The Jungle. If you haven’t read this book you really should. It gives you a shocking look into the meat packing industry and it was this book that motivated me to eat vegetarian for several years. The cruelty and atrocity of this industry was horrifying. Many things have changed since this book was written…such as the fact that I am pretty sure we know longer have to worry that if a human being falls into the lard vat and dies…that batch will be thrown out and not used anyway…human byproducts and all.

But factory farming is still a very cruel and disgusting operation and it is very bad for the planet. As Mike Adams points out, animals in factory farms are treated as machines or a production unit. They are given absurd things to eat such as plastic pellets, manure, grains that their stomachs are not meant to digest, and animal products (meat, hair, hooves, internal organs, etc.) from their own species and other animal species. They are often unhealthy and even sick from this diet and the horrendous living conditions thrust upon them so they also get regular injections of antibiotics and hormones. We in turn might be eating the flesh or milk of this unhealthy, sickly animal. Pretty scary.

Factory farms are also VERY bad for the environment with their sewage ponds that seep into groundwater. This sewage can’t be used for fertilization of nearby crops because the chemicals in it (injected into the animals) make it toxic.

So when you consider these factors it is understandable why so many decide to avoid meat. But it doesn’t HAVE to be that way. I decided to strike a balance. I would eat animal products as ethically as I could and reduce my overall consumption without giving them up entirely. My family is dedicated to eating several meatless meals a week and when we do eat meat we try to make sure it is organic, vegetarian fed, free range, humanely raised, and antibiotic and hormone free. This is one large reason that we are not big on eating out because there are few places that have meat meals that meet this criterion. But times are changing in that respect. This week my family ate out twice….once at Chipotle and once at Panera Bread and we were quite pleased by both.

Both establishments serve up vegetarian fed, free range, humanely raised, and antibiotic and hormone free chicken (both Chipotle and Panera) and pork (Chipotle). And Panera Bread has many organic selections. For instance my kids all got organic PB & J sandwiches, organic milk, and organic yogurt. The organic milk and yogurt are from Horizon…which is not a choice I would make in my own home because it is a factory farm operation….but it is a BIG improvement in our fast and unhealthy food society. It is also a step in the right direction for the environment as well. AND the food at Chipotle rocks! My favorite is the chicken burrito with seasoned chickened, rice and cilantro, black beans, Pico de Gallo, and rBGH free sour cream wrapped in a tortilla.

I would encourage vegans and vegetarians…especially the militant ones…to read The Omnivore’s Dilemma and see how there are MANY conscious meat eaters who are making the most ethical and environmentally friendly choices they can and give them some props. Many people will not give up their meat eating ways and to keep touting vegetarianism as the solution for environmental crisis and ignore this fact is not helping. As a society we need to make the move to small scale, local, organic, and sustainable food production. After we make an impact in that arena then we can look at how we can further reduce the impact of our meat consumption…realizing though that omnivore’s will eat meat if they so choose. Just as we shouldn’t expect cows to eat grain that is not meant for them…neither should we expect that all omnivores will forgo their meat consumption. Some will…as we are creatures of choice….but many will not…nor should they have to. The message in The Omnivore’s Dilemma was not to stop eating meat but to change the way we eat meat.

Which brings me to the next thing that really irritates me….the article on News target about how PETA is bashing Al Gore for not going vegetarian. They are miffed about the fact that An Inconvenient Truth does not mention the contribution of meat consumption in global warming. I agree with them that this does warrant a mention. But then PETA goes way overboard and demands that Al Gore adopt a vegetarian diet to set a good example.

“The best and easiest way for Mr. Gore to show his critics that he’s truly committed to fighting global warming is to kick his meat habit immediately,” said PETA President Ingrid E. Newkirk.

He has not decided to give up meat and so they are going to be holding demonstrations at his global warming lectures, holding signs that say “Too chicken to go vegetarian? Meat is the No. 1 cause of global warming.”

This is what really irritates me folks. What right do they have to demand that ANYONE stop eating meat?? I am all for fighting global warming but I choose to reduce meat consumption and eat meat in a more ethical manner…not to eliminate it altogether. This practice coupled with other reductions in my CO2 footprint does effectively show that I care about global warming but according to PETA this would just make me a chicken. Shame on PETA!

Apparently October is Vegetarian Awareness Month. I am all for awareness about making wise eating choices. I just hope that more veggie lovers will start to see that carnivores are part of the solution too and we need to take their needs into account and make the world sustainable for all and that means making meat options better not eliminating them.

Edited to add: I just ran across an new study done in New York that shows that if New Yorkers eat small amounts of meat and dairy they are better managing their land and are able to feed more people then if they only used land for vegetarian crops. This study shows that in this instance…a vegetarian diet is not better for the planet.