↑
You are here: Home / Book Reviews / Natural Remedies for ADD and ADHD 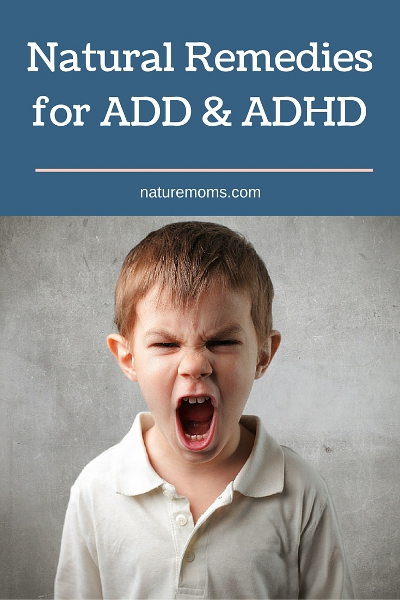 ADHD stands for Attention-Deficit Hyperactivity Disorder. ADD stands for Attention Deficit Disorder. This neurobehavioral developmental disorder (ADHD) affects about 3-5% of the world’s population under the age of 19.  It becomes evident during early childhood.  Children with ADHD are usually inattentive and/or hyperactive.  They sometimes have difficulty remembering things and can have poor control over their impulses.

Of course there is a segment of people that feel ADD/ADHD is a myth and label given to overly active but otherwise normal children. There are many doctors and parents who feel that ADD and ADHD behaviors could be caused by environmental factors (vaccines, pesticide and chemical exposure) poor nutrition (insufficient intake of vitamins and minerals, food coloring) or even allergies (intolerance to dairy or wheat for example). Social, emotional, and educational influences could also play a part. If the causes of ADHD and ADD are environmental or social then using drugs to “treat” them would be merely masking the symptoms and not getting to the root of the problem.

Much has been written about the unhealthy side affects associated with the use of one of the more popular medicine’s prescribed for ADHD children – Ritalin (methylphenidate) or Dexedrine (dextroamphetamine).  Not all children react well to these medications. Some react in some pretty terrible ways though. I have a relative that was on Ritalin and it caused huge bursts of anger and physical violence. My own son was on an anti-seizure medication for a couple years that is also used by some Doctors as a medication for ADD. Side effects for my son were drastic weight loss, gray coloring, and he used to scratch his arms until they were a mass of bloody scabs.

The nasty side effects as well as the possibility that the drugs mask the problem and do not treat it have left MANY parents scrambling for natural alternatives. There are some natural medications that can be suggested. Of course any changes to your child’s treatment (if he or she is being treated for ADD or ADHD) should be discussed with your health professional first. 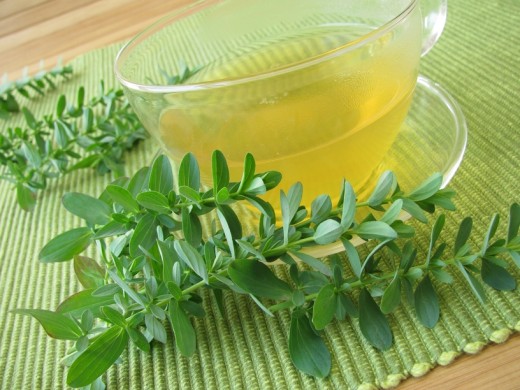 St. John’s Wort (Klamath weed, above) is said to have properties that can help with the symptoms of ADHD.  It was first used in ancient Greece to treat many ailments, including poisonous reptile bites.  The active ingredient in St. John’sWort is hypericin and dianathrones and flavonoids.  Research shows that St. John’s Wart acts as an anti-depressant in the body.

Fresh Lemon Balm or Melissa officinals is an aromatic herb with a lemony taste.  In traditional medicine it was considered a cure-all for various conditions including nervous problems.  This natural remedy has had a long history with families affected by ADHD. It is felt to have a particularly positive effect on hyperactive children.

Melotone Syrup is a natural substance promoted mostly throughout the internet as a “natural alternative to Ritalin.”  It is essentially a liquid nutritional supplement that has Omega-3s (which are the good fats) the form of salmon oil and evening primrose oil.  It also includes several vitamins and minerals that have been found to be low in ADHD children (magnesium, B6 and others).

Super Blue Green Algae is what is a considered a super food.  It is one of the most nutrient dense foods on the earth and apparently there is nothing else like it.  There have been two studies done using algae to research its effects on children who struggle with learning, social and behavioral problems.  The Center for Family Wellness Study examined whether or not the addition of Algae to children’s diet would help alleviate these behavioral challenges.  Based on their reports, it was concluded that eating Algae appeared to have had a notable positive outcome in those areas where parents were concerned about behavioral extremes or challenges.

The other study, the Sierra Vista Study showed early indications that Algae eaters demonstrated significant improvement in their behaviors. Slip some Super Blue Green Algae inside a smoothie and you have a superfood smoothie sure to help give your kids a brain power boost.

Ultimately alternative options for treatment can focus on making simple changes in diet, sleep, exercise and routine.  The Feingold Diet is praised by many parents of children with the an ADD/ADHD diagnosis. It eliminates certain foods that hyperactive children might be sensitive too and in general it is a diet without preservatives, additives, or food coloring. I am a big believer in the Feingold Diet as all three of my kids are at their best when on a diet like this one. Giving kids junk food and other nutritionally void foods and then expecting good behavior is unrealistic. The brain needs REAL food to function properly so parents of hyperactive children need to make sure they aren’t “stacking the deck” against their child with an unsatisfactory diet. In fact, I can’t fathom why ANY parent would medicate before diet is fully evaluated and adjusted first.

The materials for the Feingold Diet are pretty pricey but they are well worth it. If you

can’t swing it though there is an awesome Feingold Diet cookbook that you can buy. Ben Feingold also wrote a book called Why Your Child is Hyperactive.

Don’t underestimate the value of good old fashioned exercise too. Hyperactivity could be a manifestation of boredom and restlessness. Kids need activity and exercise.

Supplements may help too. Fish and flax seed oils are rich in Omega-3s. Greens powders can be slipped inside fruit smoothies to help kids get more nutrition from those all important leafy green veggies. Green smoothies can also be made with actual veggies and kids can’t even taste them. promise.

Natural and homeopathic remedies try to address the unbalance in the body without the side effects of sedation.  The goal of these remedies is to improve the balance and health of the whole child – mind and body.

The Myth of the ADD Child

The Out of Sync Child