↑
You are here: Home / Environment / Is It Green, Religious, Or Just Smart?

La Marguerite wrote an article recently that really resonated with me. I think she accurately hit on an 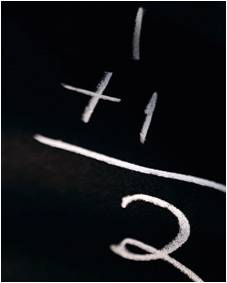 important factoid about the green movement…many people don’t think highly of it. They have snide remarks, they thumb their noses at it, or just veil their distaste for something they perceive to be nothing more than a way of inconveniencing them or guilting them. Green means change, consuming less, and voluntary simplicity and let’s face it, MANY want NO part of it. La Marguerite suggested using the term smart to refer to things instead of green. I totally agree. Many of the greenest products are the smartest too.

Think about it…a hybrid cuts down on fossil fuel usage and dangerous emissions. It is also a cost efficient choice. Solar and wind power might cost more initially but eventually you will save money on those too and stick it to big oil. Reusing and repurposing is frugal and self sufficient. Green is SMART! It seems as logical to me as one plus one equals two.

Frankly I get sick of hearing how green is a new religion. To me it sounds like someone saying that cancer research is a religion. If someone is really passionate about curing cancer would we call them a fanatic or a crazy anti-cancer person? No…we wouldn’t. So why is it that someone who is trying to save or preserve our planet gets a weirdo label? If someone is really passionate about green issues why do they deserve to be called a fanatic? It boggles the mind really because as a species, the earth is one thing EVERYONE has in common. It is our one home. Everyone should be on board with protecting it.

My younger brother is one who is constantly digging at me about my green enthusiasm. He is just one of those people who doesn’t think humans can do any REAL damage. I ask him to define damage…I mean how many animal species are extinct already? Yesterday in my hometown I heard a gentleman say this “If you don’t like gas prices thank those lousy environmentalists!” Yes, us lousy folk want to preserve our planet and make living on it enjoyable for everyone. Lousy would not be the word I would use to describe such a goal.

Of course our goals are impeded by pseudo greenies too. The companies and people who greenwash to make a buck or just make themselves feel better about their not-so green choices. It irritates me when I read articles written by “green” people who say things like well, I know I should do this or that but hey “I am not that person, or that just isn’t my choice”…aka I am not the person who sacrifices for something I am supposed to care about. It sends the movement a step back IMO. And I have been guilty of it myself plenty of times. I often think back to old habits and remember how opposed I was to making changes. At the time I could justify them until the cows came home…things change…you learn, you grow, you change.

Which brings me to green guilt. Lately I have been changing my opinion on that matter. Unlike mommy guilt I am not so sure green guilt is a bad thing. It can be good in SOME cases.

Guilt is subjective. Are we really being guilted by our peers or are their courageous words and actions simply acting as a mirror for us… a mirror that shows us something we aren’t proud of? Some cases of green guilt are just that and thus productive. That said don’t let anyone give you crap if your not further along than they are…it is a journey. As long as you keep moving and trying you are doing more than most.

The green movement is about reaching out for social and environmental responsibility, voluntary simplicity, bringing awareness to everyone, concern for others, and courage to do the right thing.

It is about deciding to reduce our footprint for future generations so they aren’t footing our bill later on…to make sure we aren’t writing checks our grandchildren won’t be able to cash. But they are not fanatics…they are passionate about something that technically EVERY human should be passionate about. That’s not green…that’s just smart.