↑
You are here: Home / Political Action / The Shelter Pet Project 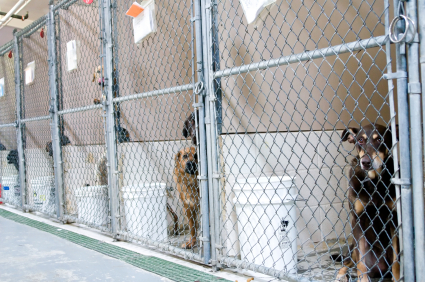 It amazes me that with so many animals living in shelters that we STILL have a need for pet stores and puppy breeders. It bothers me on so many levels. Even people who don’t profess to be “green” will often talk a good game about recycling and reusing because it is smart and efficient. But that’s resources. We can’t waste resources. But can we waste lives either? Why on earth would we choose to buy “new” when there are living, breathing, animals in shelters waiting for adoption. They go on waiting for homes while people who have to have a certain breed choose to shop at pet stores (many of which treat their animals badly) or they patronize breeders (many of which run their operations like factory puppy mills). It boggles my mind that we even have an industry for breeding specific animals or selling expensive animals when anyone who wants a pet can go right into their local shelters and adopt a pet for cheap… a pet who NEEDS you. Even if you think you HAVE to have a specific breed you may be able to find a rescue operation that caters to specific breeds. They have greyhound rescue centers, Labrador rescue centers, Rottweiler rescue centers, etc. You may just have to travel if you want a dog that way.

We have a new puppy in our lives (not ours, a relatives) and I love her like crazy but I admit I was a little peeved when I found out she came from a breeder. I mean you DO have a shelter less than 2 minutes from your door, hint, hint! I generally don’t like to guilt people but in this case… they can wallow in the guilt till their fingers get pruney.

Anyway, this new puppy has been making me want one and I swear I never thought I would. My two labs that I had since I was a kid died last year. One was a shelter animal  who had been abused and the other was her pup. I found my relationship with them changed after I had kids… and I feel guilty saying it but they seemed like more work I had to do and I resented them after awhile. I thought I would never want another but now that my kids are growing up I am feeling that twinge of puppy love. Alas we rent at the moment and are not willing to pay $600 to a landlord annually (extra rent) just to own a pet. If we could though, I would be all about shelter shopping.

According to the Shelter Pet Project:

So if you are looking to get a pet… got to a shelter. If you know someone who is thinking about getting a pet… encourage them to go to a shelter. Email them sad puppy photos if you have to! This is too important an issue. Anyway I got an email about this shelter project and had to write a quick post about it. If you are a die hard teacup poodle person and you breed or buy from breeders sorry to offend but animal shelter animals need to come first. With 17 million people buying pets there is NO reason we should ever have to euthanize good pets because nobody wants them.