↑
You are here: Home / A Green Home / How to Clean Stinky Towels – Without Harsh Chemicals 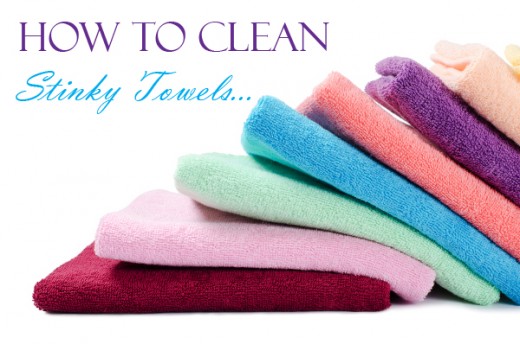 One of the things I miss about living in the Southwest is the fact that we never, ever had to deal with things like mildew and stinky towels. As a child, bathing suits and towels could be tossed on the carpet all willy nilly and only an hour or two later they would be crunchy and bone dry. Mildew didn’t stand a chance. Later when I was cloth diapering my babes I had the luxury of being able to let the diapers sit in the diaper pail for a week or longer with no smell and no mildew. The first time I tried that after moving to Ohio…well let’s just say it didn’t end well. There was a noxious smell, there was mildew, and there were bugs. Argh!

We also learned that you don’t leave wet bathing suits and towels lay around and every so often your towels start to smell mildewy no matter if you wash and dry them on hot repeatedly. The first time this happened we ended up throwing them out because I thought it was hopeless without the use of something harsh like bleach. Well, we started to notice the same issue with our towels recently and since so many are organic and/or a super luxurious bamboo I did not want to throw them out. Didn’t want to bleach them either. Time to get creative!

With some tips from Facebook friends I had a game plan, and it worked! Yay for clean smelling towels!! But why in the heck do they get stinky in the first place?? We do let our towels sit wet in the bathroom between showers/baths so that doesn’t help, even though they are on a hanging rack. I also think that they have a tendency to get stinky for the same reason cloth diapers do…a detergent buildup. Cloth diapers need to be “stripped” every so often to get rid of detergent scum/buildup and so do towels.

How to Get Rid of the Mildew Smell in Bath Towels

This method worked wonders for me! Even after using the same towel over several days, no mildew smell. Now I just need to use this method every time I wash towels over the next 1-2 weeks to make sure I got them all.

Another great option is hydrogen peroxide…

Do you ever have this issue? How do you handle it? 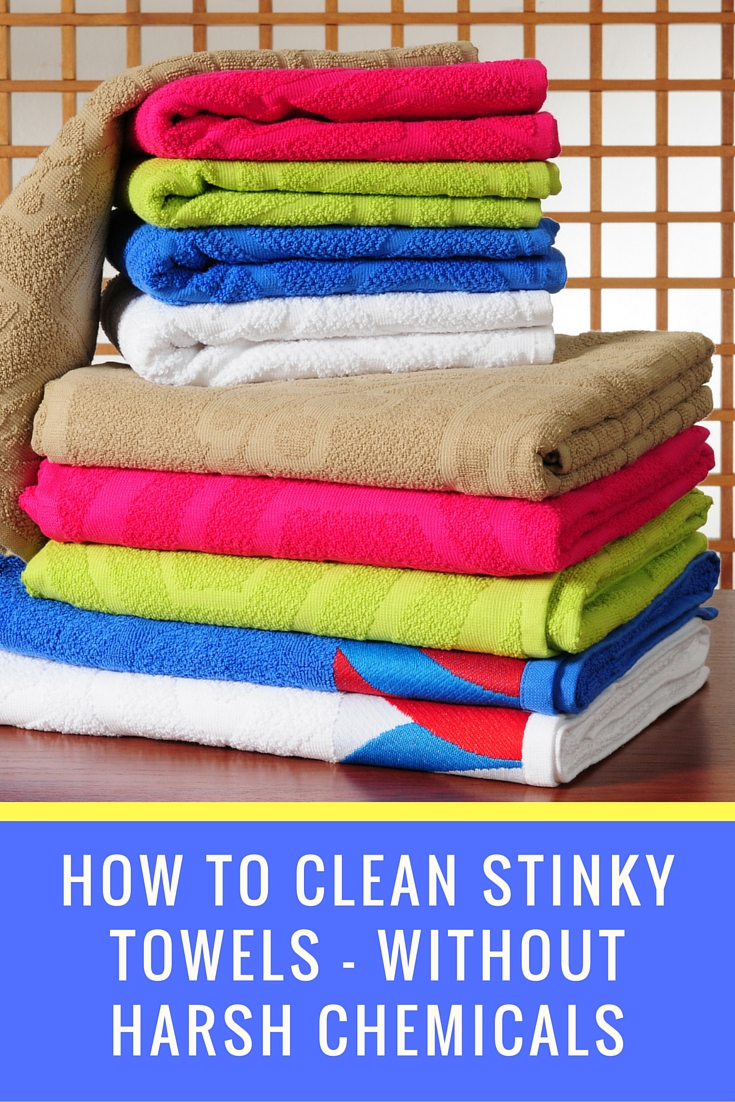