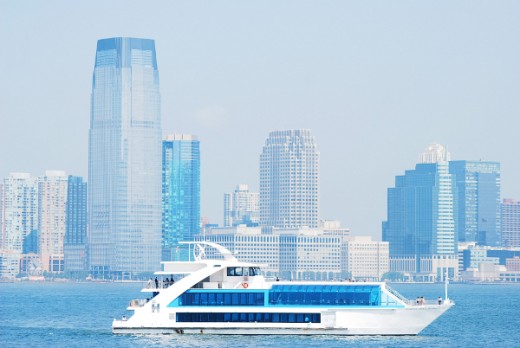 Last week I attended the BlogHer 12 conference in New York City and was gone from Tuesday night until early Monday morning. At this point I am just kind of laying around the house watching DVR’d shows and taking cat naps, recovering from a whirlwind trip. I had lots fun, met with lots of friends (old and new), explored the city, and came home with really sore feet.

I tried to go into this conference well prepared and that meant reading posts from other bloggers who have been and had advice to share. I didn’t really explore transportation options though, because I think most people fly. I decided it would be greener to take a bus and that was my biggest mistake on this trip. Taking a bus from Ohio to New York and back again was like a signing myself up for a sleep deprivation torture experiment. It’s hard enough to sleep on a bus (tight quarters) surrounded by strangers and hang out in seedy bus stations but having to get off the bus 2-3 times per trip and sit for an hour or more in a terminal only to get back on the same freakin bus was just too much. I also “forget” that I have edema issues due to many of my lower lymph nodes being removed (cancer). Sitting for that long meant that by the time we landed in NYC I had cankles and really swollen feet.

Anyway bus ride aside I still hit the ground running when I got there and made mistake #2 which was too walk from the Port Authority to the hotel. It was less than a mile but good golly it was crowded and hot, and walking with luggage was not fun. Okay so the trip didn’t start out very well but it did get better. After checking in to my hotel (The Hilton at 53rd and 6th) we (my brother and I – he went with me) hoofed it to Times Square and bought show tickets. Then we killed time going in shops until the 8:00 showing of Chicago at The Ambassador. It wasn’t the show that either of us wanted to see but it was discounted and available and we ended up LOVING it. On the way home we stopped at Lindy’s and got some cheesecake to go. Yum! 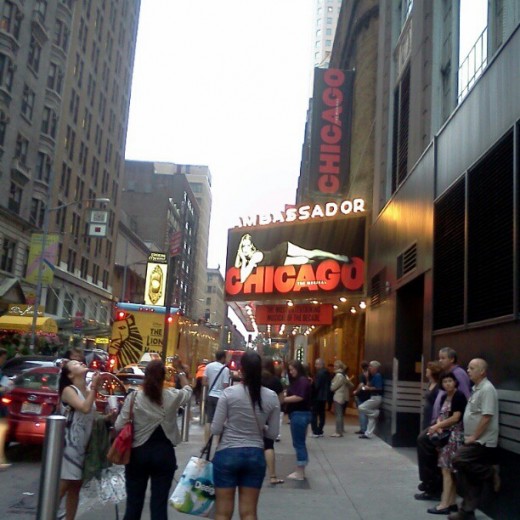 Day two began with a Go Army Bootcamp at the hotel for me. They apparently changed up their workouts two years ago and ahem… seemed to adopt a lot of CrossFit moves. I was totally familiar with everything we did and it was a nice way to get my blood pumping for the day. Afterwards my brother and I got Metro passes for the subway and generally just explored for the greater part of the day.

We got cream cheese bagels with sturgeon at Russ & Daughters. Amazing and totally not paleo but who cares??!??! So delicious…. 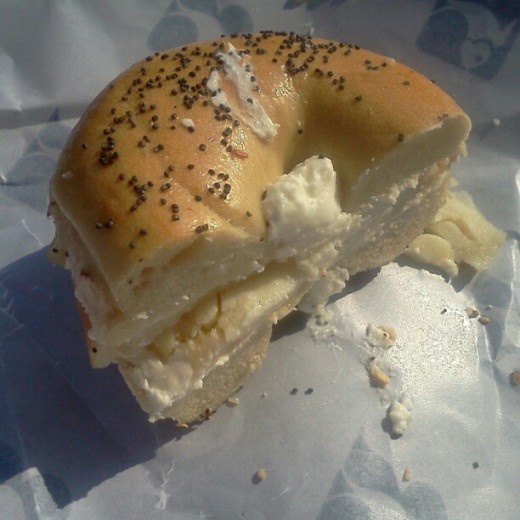 I had one of these babies on Saturday too but with smoked salmon…equally yum.

After eating we wandered around Chinatown and Little Italy. I love all the fruit stands, gardens, and outdoor eateries. 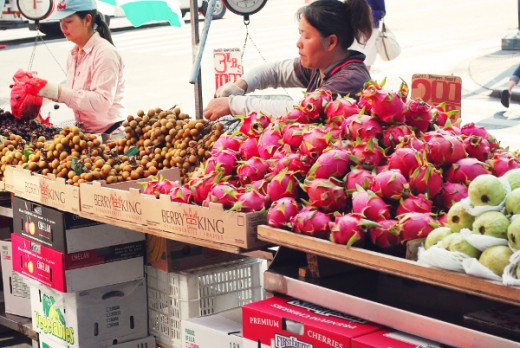 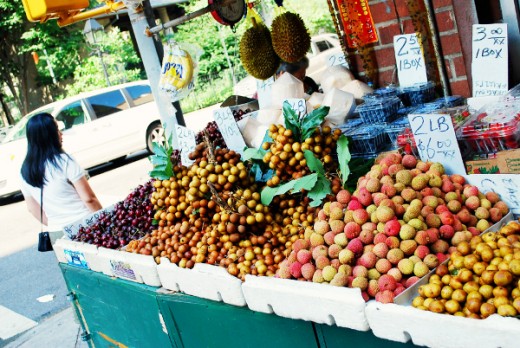 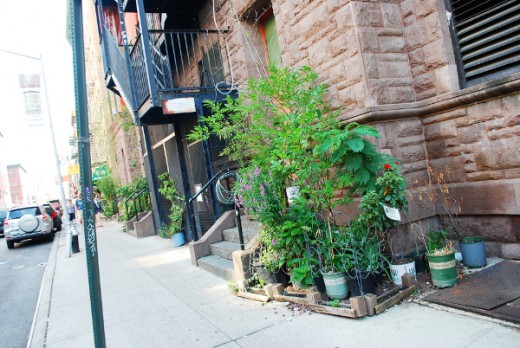 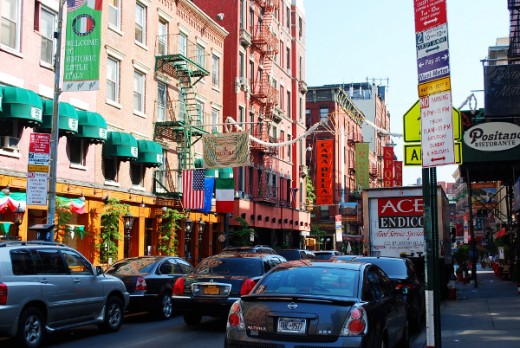 Also love the subways. Travelling this way is so convenient and it would be awesome to not have a car. I am trying to convince hubby that NYC is the place for us after our kids are grown. 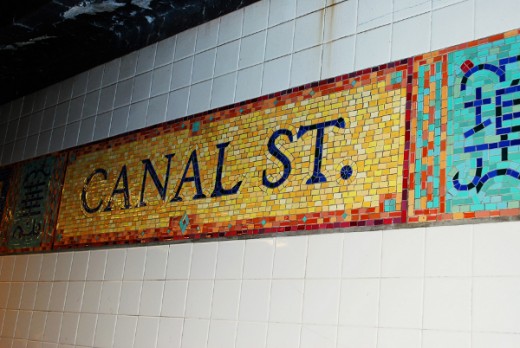 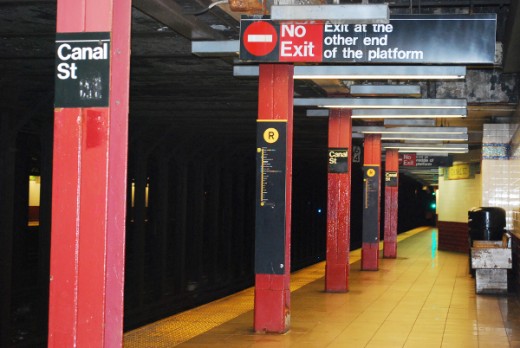 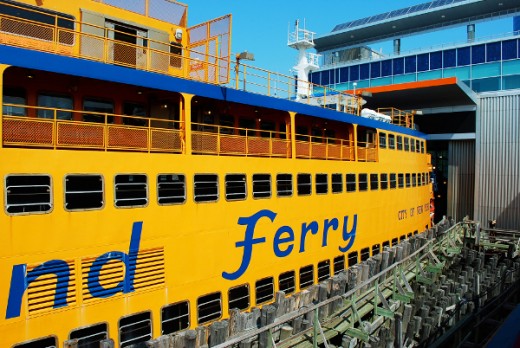 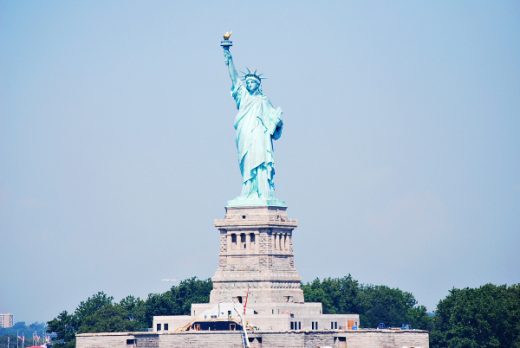 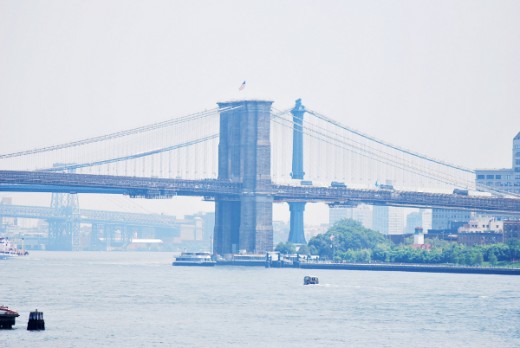 All the walking made us super hungry so after trekking around the Chelsea Market for a bit we ended up going to Morimoto (of Iron Chef fame). As expected it was crazy expensive (about $180 for lunch) but really, really delicious. We had sea bass with these scrumptious bits of avocado fried in Tempura and a large plate of sushi and rolls. I loved everything…even the salmon roe, which I usually don’t care for. 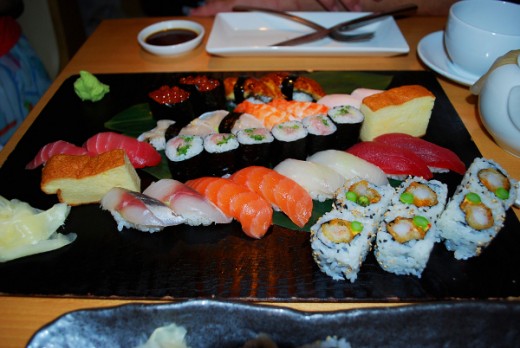 After stuffing ourselves it seemed appropriate to walk and lucky for us The Highline was right next door. If you don’t know this is a section of the former elevated New York Central Railroad which runs along the lower west side of Manhattan. It was abandoned and slated for demolition but a community group decided to recycle it into an urban park /aerial greenway and it is absolutely gorgeous now. It was a big highlight of my trip because I have wanted to see it for years. 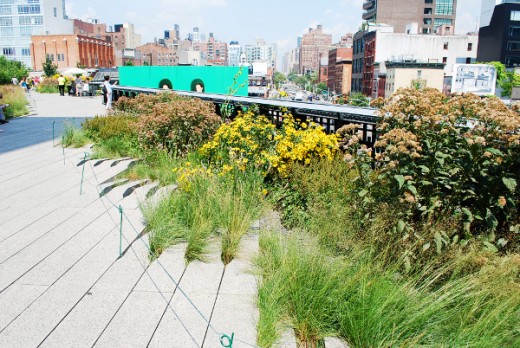 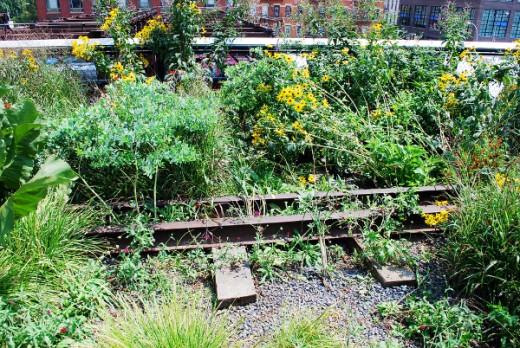 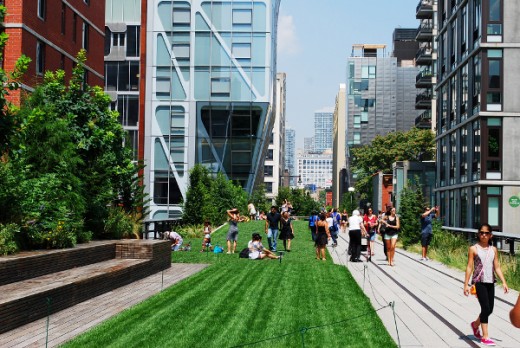 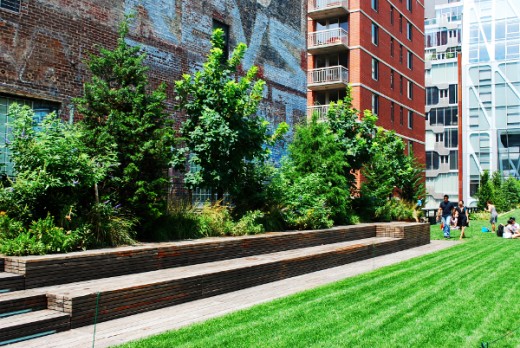 After The High Line we went back uptown to The Frick and we took a walk in central park. At that point it was time for the conference stuff and the conference related parties to begin…but that is for another post.

The major take away from this first part of the trip though that is that I forgot how amazing New York is and how much I love it there. Someday, hopefully I will get to spend lots more time there. AND because we took the awful torture bus and rode the subways the whole time, it was also a pretty green travel adventure.