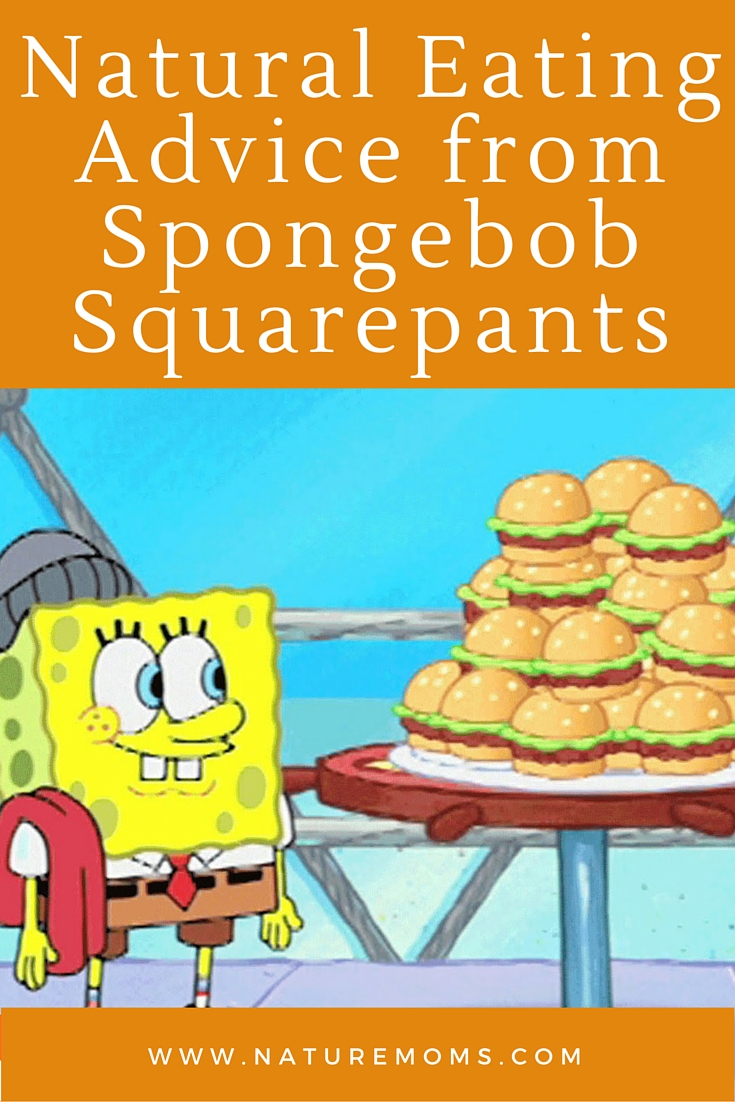 My children were watching Spongebob Squarepants tonight. On the episode they were watching, Mr. Crabs decided to sell his “mom and pop” family restaurant the Krusty Crab to a big company that ultimately made so many changes to the eatery that it became unrecognizable.

One of the big changes they made was to the menu. Instead of the traditional crabby patties the new company was manufacturing some sort of grey slime with no nutritional value. Then they processed the slime into the shape of a crabby patty and spray painted it so that it had all of the color and texture of a real crabby patty. The patrons sat mindlessly eating the new patties with no clue as to what they were actually eating.

As I was watching this episode play out I kept thinking that most of the commercial food available today is processed in much the same way! So many additives, preservatives, chemicals, hormones, and antibiotics are added to our food, they no longer resemble the healthy food choice they used to be. We may as well come to realize that much of the popular foods at the nearby grocer may as well be grey slime with spray paint for all of the nutritional value they contain. Not only is the nutritional value non-existent, these foods are actually harmful to our bodies. How much grey slime and spray paint can we eat before our bodies start to shut down?

In this Spongebob episode Mr. Crabs ultimately found out what had happened to his beloved Krusty Crab and in a rage he showed the customers what they were really eating. All of the patrons ran screaming for the door in horror. They felt that they had been tricked into eating “garbage”!

I sat there watching and screaming, Yes! in my head. Many in society today have been tricked into eating garbage. We can all take a lesson from Spongebob and stop this insanity. Start evaluating your diet today and make some changes. First and foremost you should start eating organic foods that are “garbage” free. If you are truly motivated to protect your health and sharply reduce your risk to many prevalent diseases and ailments, you will want to make the effort to purchase organically produced food at every opportunity. Every time that you choose conventionally farmed foods or processed foods over organic, you are increasing your cumulative exposure to chemicals and raising your risk of disease. Don’t be fooled into eating grey slime!

For more information on healthful and natural eating visit www.naturemoms.com