↑
You are here: Home / Health & Healing / Feeling Hardcore Today or Why I Joined a CrossFit Gym 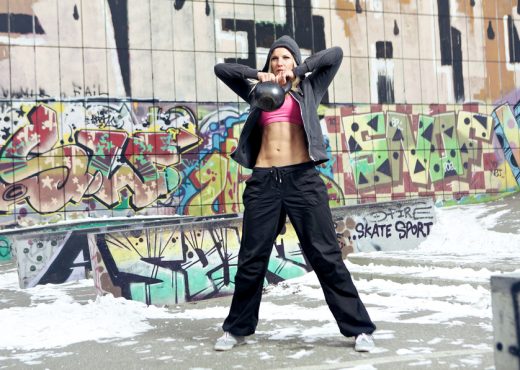 I joined a second gym this week. Sounds kind of crazy but I badly wanted to try CrossFit and you typically need to find a specialized CrossFit gym or “box” for that. My other gym is pretty darn awesome and I still plan to go there three times a week but they are pretty vanilla and just don’t have kettlebells, rings, jump boxes, or medicine balls. I toyed with the idea of buying some kettlebells but heck good ones can cost $85 a pop. Plus I know myself well enough to know that I will not work out at home. It’s just not gonna happen.

So I joined a CrossFit box and today was my first workout. Facebook folks had me pretty darn scared about how tough it would be. In fact I was shaking as I drove there. I almost had a coronary when I discovered I would have to drive through a roundabout to get there. Those things terrify me! Anyway the roundabout was the worst part by far because the workout was awesome. No tears, I swear. :)

I am in better shape than I gave myself credit for and when I said those exact words to hubby he said “Duh!” I swim about 6 miles per week and lift weights 3 times a week. I also run whenever I get the urge so I am not exactly an exercise newbie but still I was worried because it’s CrossFit, notorious for being extremely tough. I have no doubt I will be a little sore tomorrow but I kept up and think I was probably one of the best in the class are far as strength and times.

The actual gym was a blast too. It was was very… er, rough with chunks of missing drywall, bars and rings hanging everywhere, uneven flooring with astro turf for carpet, and graffiti all over the walls of this big warehouse building. The atmosphere was very ghetto but for CrossFit it just kind of works. Plus they played AC/DC’s Hell’s Bells really loud and that equates to automatic approval for me.

I came, I lived, and I plan to go back two times a week. Booyah!

Have you tried CrossFit yet?