↑
You are here: Home / Healthy Eating / Paleo for Health – Don’t Be a Hater 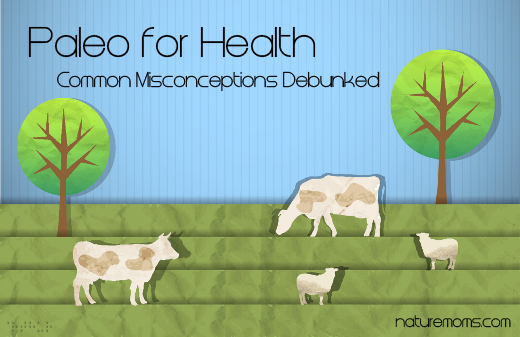 I was motivated to write this post after a headline popped up on my Facebook feed today that declared the Paleo diet to be “pathetic”. The article went on to state a few reasons why paleo isn’t the end all be all that everyone seems to think it is and most of them were either incorrect or just plain unfair. I get it! If you love your rice and sourdough bread then I understand why you are sick to death of hearing about paleo and why that slice of bread in your hand is B-A-D. You don’t want to hear it, I get it. I have been there and I am sure many other paleo/primal folks were too. Giving up grains in our current “grainaholic” society is hard. That is not a sufficient reason to be hating on paleo though. There is frankly a lot to love about this way of eating and unlike some other militant foodie groups (that I will not call out by name) you aren’t thrown out of the club if you stray and eat some rice with your sushi.

Paleo might not be the end all be all of diets but for many, it comes pretty darn close. People see health improvements while on a variety of diets because they typically have some of the same things in common, the removal of some unhealthy food choices. This is why someone on Atkins and someone on a raw food diet can both see health improvements, because they both eliminate some things that detract from, and not enhance, our health.

I have tried many diets over the years (and at length) and nothing…not vegan, not vegetarian, not raw, not traditional WAPF, nothing changed my health for the better more so than paleo. I felt like something stuck to the bottom of a shoe on a vegan diet but I felt pretty good on a vegetarian diet. I also felt pretty good eating high raw and even better eating a traditional diet. I had to redefine what good felt like after going paleo…it was THAT pronounced and positive. Call it “pathetic” if you want but you won’t be convincing me any time soon that paleo is some kind of fad and that I have been dooped.

A common myth that surrounds paleo is that it is low carb and therefore unhealthy and ketogenic. Paleo is not low carb. Why perpetuate this flawed thinking? Paleo can be low carb if a person chooses to eat that way but it is not inherently so. I can eat lots of carbs on a paleo diet and I do….I just don’t need to get those carbs from grains and bread. I actually like carbs that have some real nutrition thank you very much. Veggies, greens, and fruit…can’t go wrong there. If my weekly menu plan does not include enough of these items then I get creative and fall back on the green smoothies I grew to love in my raw food days. I do what I have to do to get the nutrients I need. I do not sit back and let my health go to pot in the name of diet and thankfully paleo is a lot more sensible than that. In general, paleo foodies eat lots of carbs. Taste the rainbow… 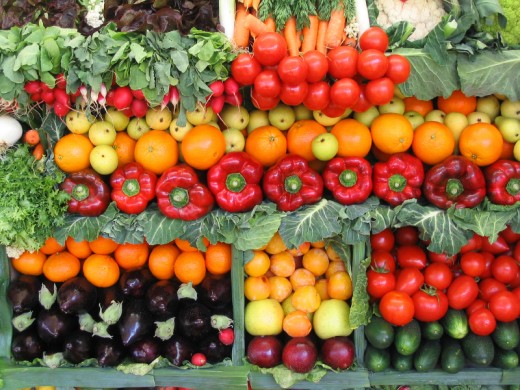 Another argument against paleo is that it is a myth to think humans have an optimal diet. It is true that humans evolved in very different manners and grew to eat different foods based upon what was available in their specific locale. Yes, humans adapted to eat different foods to survive. Does it follow though, that the foods they adapted to be able to even stomach suddenly become optimal for their health? Say what?? Uhm…no. Many humans have adapted and evolved so that they can eat grains, gluten, and dairy, yet that does not mean they are or ever will be optimal for good health. It just means we as a species have become better able to tolerate substandard food and much of these tolerances “evolved” because they provided us with a survival advantage in times of shortage or when the best foods were not available. These subpar foods did not evolve into healthy and nutritious foods. The nutrient profiles show us what the optimal foods are and eating other things just because we have built up a tolerance throughout the generations previous does not make those choices healthy or optimal.

Okay, what else is currently said about the caveman diet? Oh yes, it is elitist and expensive. Well, it can be…expensive that is. I have to say that I do not find it to be elitist. You ARE what you EAT. Of course we prefer the grassfed, nutrient dense, and healthy food over the factory farmed, diseased, and nutrient lacking food that is available in mass quantities at grocery stores. Is it really elitist to take a look at the two and choose the better one? I think not. I have only ever seen experts recommend the better quality foods, not insist that you give up if you cannot afford them. There are no paleo police out there keen on making you feel like dirt if your chicken came from Tyson. The attitude is that you do the best you can do with what you have.  It CAN be pricey. Yet, so is being sick and unhealthy. I had plenty of doctor bills while on vegan, vegetarian, and even WAPF diets. I now think of paleo food and my CrossFit gym memberships as additional health insurance premiums.

Lastly there is the argument that we are all different and we all need different foods at different times in our lives. Sure, I can agree. Though I cannot really agree that we have strong NEEDS for foods that lack in nutrient density and contain anti-nutrients so that we cannot even access the small amounts of nutrition they have…grains I am talking about you. We may like them and we may crave them but that speaks more to their addictive nature than it does true need. Paleo foodies usually follow an 80/20 or 90/10 rule to make exceptions for times when they want these foods. These exceptions are usually treats or compromises in social situations, not because bad food is actually needed.

This is one of the reasons I LOVE the paleo community, they are not militant like so many other diet dictocrats. I did 80/20 for a year but found that it was a little too slippery a slope for me and after doing The Whole 30 I went to 90/10 or less.  It’s all about finding what works for you. You may just find, as I did, that paleo feels so good that you find what works is a bit stricter than you ever thought you would go. It’s not a fad diet and if done right it is completely healthy. Don’t let the rantings of grain obsessed detractors sway you away from trying it.