↑
You are here: Home / Book Reviews / My Paleo Update and The Whole30 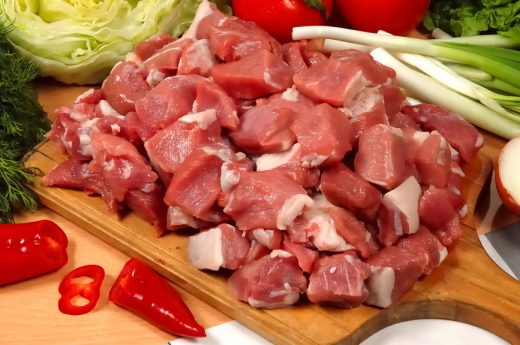 It has been a little over a year now since I decided to eschew my vegetarian diet and go paleo. It was just before Thanksgiving when I dived into the book Wheat Belly and in fact I was reading it before and after our Thanksgiving meal at my parent’s house. I felt like every paragraph was a revelation and I couldn’t wait to begin what I felt would be a brave new life journey. I wanted to see if going paleo would help with some nagging health issues that a plant based diet was having no success with. At that point I had already tried vegan, vegetarian, macrobiotic, raw, and a WAPF traditional foods diet. I didn’t try these for a few weeks and then cry about how they didn’t work out. I gave some of these a couple years, a year minimum usually.

I felt best on a raw diet or a traditional foods diet but none of them seemed to provide exactly what I was looking for. I am not even sure what I WAS looking for but I knew that I wasn’t sleeping well, I had too much visceral (belly) fat, I was hungry all the time, I had wicked cravings for junky food, and my hormones were not working as they should. After reading up on paleo it seemed to explain why I still had these nagging health issues. One month in I was hooked and now one year later I am still hooked and gung ho. I don’t think I ever quite knew what it felt like to feel good, I mean REALLY good until I dropped the grains and legumes. I didn’t even realize that I had been constantly bloated until that time either. For me that was normal…the way I felt every day. Now I know better and it is all thanks to a paleo/primal diet. I lost three pants sizes, my skin cleared up, I went all year with no ear or sinus infections (I had 2-3 each year throughout previous years), my thyroid issues improved, my energy levels skyrocketed, and I gained lots of muscle mass.

This diet experiment worked so well that is has now become my way of life. Yet at around the one year mark I had to admit that I didn’t go far enough. Instead of going full on paleo I went primal instead which allows for dairy products. I didn’t want to give up my yogurt and kefir (clarified butter is paleo and not a problem).

I also started out strictly primal and then eventually allowed myself to adopt the 80/20 rule that so many paleo/primal folks endorse….80% paleo/primal and 20% not. This became a problem for me because once I started eating that 20% I didn’t want to stop there. These foods were typically processed and/or filled with grains or added sugar. One of my 20% allowances was diet soda too and I KNEW that dose of artificial sweeteners was wreaking havoc on my hormones but this stuff was ADDICTING. Giving myself that 20% break did me no favors. I was a crack addict who felt that I could sneak in a hit now and then and be okay since it wasn’t an every day thing.

When my paleo anniversary came around I decided that I was on the right track. I did indeed find I what I was looking for in the caveman diet but I needed to bite the bullet and try it without the dairy and without that 20%. It was with this knowledge that I picked up a copy of It Starts with Food: Discover the Whole30 and Change Your Life in Unexpected Ways.

This book is every bit as ground breaking and life changing as Wheat Belly. I couldn’t put it down and had to keep reading bits and pieces aloud to my husband because it was just to darn important and I had to share. It has lots of science but it is broken down into easy to understand concepts. Some parts reminded me of  the movie Osmosis Jones. If you haven’t seen it you are really missing out! It’s a cartoon about the workings of your inner body and some of the ways in which bodily functions are described in this book are reminiscent of the clever way that immunity, illness, and inflammation is shown in the movie. Want to know what a leaky gut is and why it is bad?? You will know after you read this book.

The book essentially goes through the functions and processes of four of your body’s hormones and how the food you eat directly impacts those functions. Some of the effects you may see and feel right away. Others are relatively silent but the damage is still being done. I knew the basics of all of it but this book really linked it together in ways I had not quite grasped. It also discusses the psychological effects of the food we are eating and how our body is sending signals to eat the wrong types of foods and making us crave them. Either by design or by accident ( I go with the former) the food industry has found a way to make our own bodies turn against us and crave the worst foods by creating foods that activate the aforementioned hormones. The damage being done is devastating…obesity, depression, fibromyalgia, thyroid disorders, insulin resistance, IBS, lupus, diabetes, horrible cravings, allergies, autoimmune disorders, and all manner of disease. Genetics may load the gun if you have a predisposition to some of this stuff but it really is your choice to pull the trigger or not and certain food choices pull that trigger.

The book makes a great case for why certain foods are making us sick and what we can do. The Whole30 is essentially a strict paleo plan and I knew that going in but it was still great to get a refresher course in why we need to avoid grains, legumes, soy, and a variety of other popular foods. There are four different criteria they use to decide which foods need to go. All the foods eaten during the 30 days have to create a healthy psychological response, a healthy hormonal response, support a healthy gut, and support immune function and minimize inflammation. The foods on the no list all fail to meet these criteria. They may fail on one count (dairy) or all four (grains, sugar). Either way you avoid those foods for the duration of the program.

The book has numerous personal stories from people who have done it to provide a little more incentive but I think the way you begin to feel even in the earliest days are incentive enough.  I am looking forward to finishing my 30 days and reporting back but it is my goal to be strict paleo from here on out and avoid all dairy. I also plan to quit that 20% rule because even that 20% is enough to mess with my hormones and wreak all sorts of havoc. 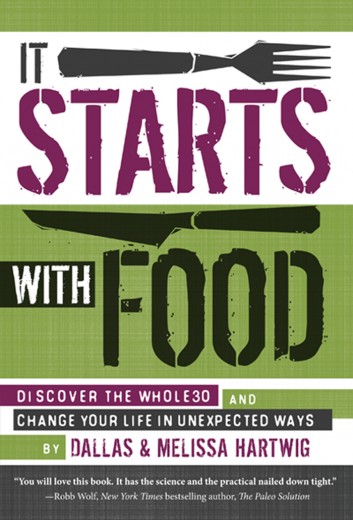